These are the best cities to be young and broke

Data from a new MagnifyMoney study suggests that to get the most bang for their limited bucks, young people are choosing to call the Midwest home and are flocking to college towns. 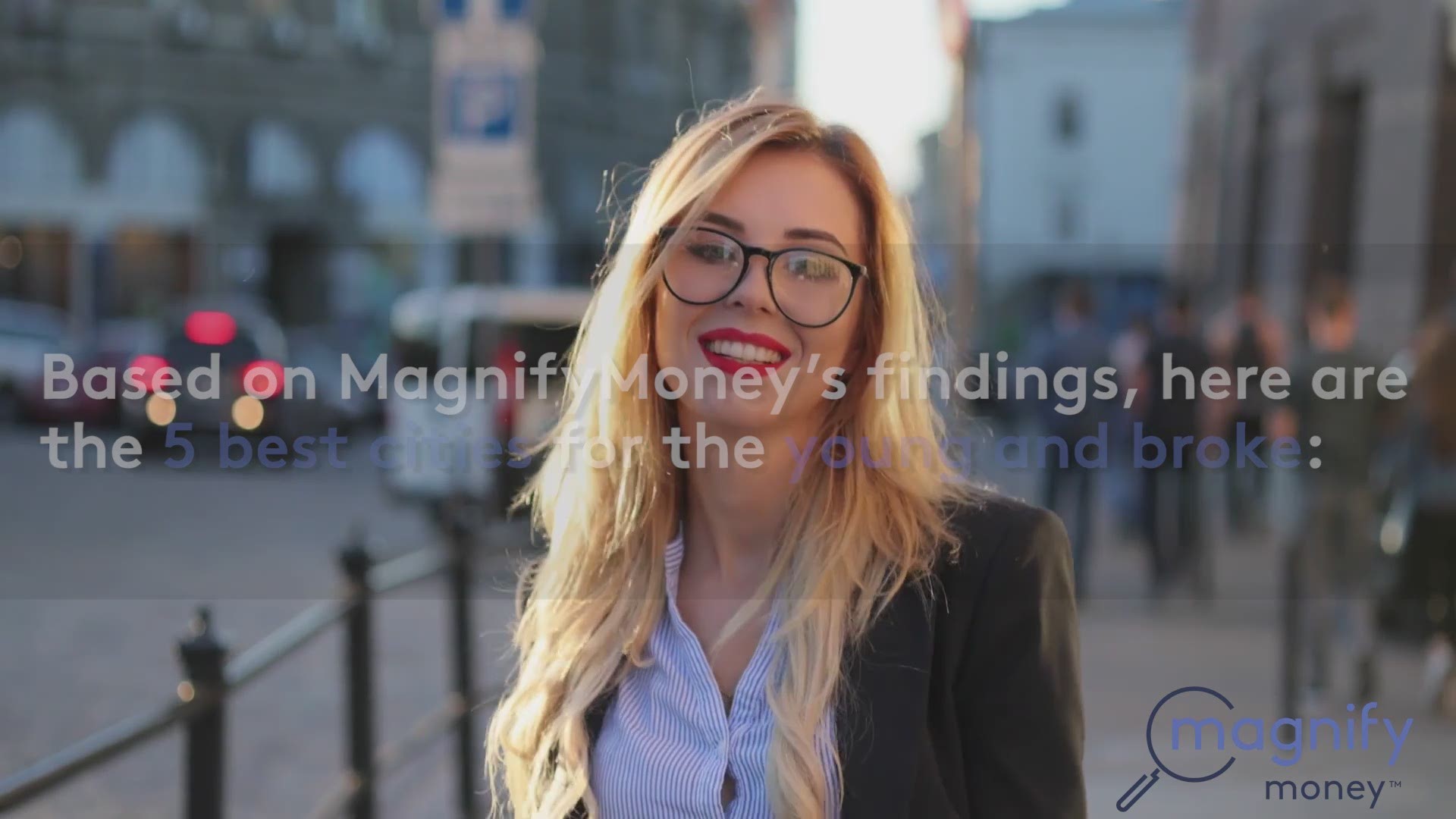 When you’re young and just starting out, choosing the right location to begin your new grown-up life can make the difference between living comfortably within your means and living below the poverty line.

And young adults who are fresh out of college are often hit with a slew of brand new financial responsibilities like student loan debt, starting a retirement fund, and learning to balance a budget that allows for necessities and a healthy social life. This is all in addition to the biggest expense of all: housing.

Data from a new MagnifyMoney study suggests that to get the most bang for their limited bucks, young people are choosing to call the Midwest home and are flocking to college towns.

The study examined some of the biggest cities in the U.S. to determine which cities are the best places to be young and broke in 2018.

More than 100 U.S. cities were studied to identify the most affordable cities for young people between the ages of 18 and 24. The study looked at everyday expenses, such as housing and food, but also studied unemployment rates, income taxes and the poverty rate among young adults.

Midwest cities, such as Madison, Wis., and Grand Rapids, Mich., are on the top of the list. Those cities scored the highest among the young adults surveyed in terms of priorities, such as lower-than-typical rents and price combined with modest commutes.

But Midwest towns aren’t the only ones that made the list — the data shows that college towns are just more affordable all around.

Check out the cities the study revealed to be the top five.

Thanks to a relatively low cost of living (median rent is $950), an efficient public transportation system, and an average commute of just over 20 minutes, Madison makes the cut and takes the No. 1 spot. The city, home to the University of Wisconsin-Madison, also ranks in the top 10 for lowest youth unemployment.

Like Madison, Grand Rapids excels in categories such as the price of goods (almost 5 percent less than the rest of the country), a decent commute time and low unemployment among young people.

Over 10 percent of the population is between the ages of 18 and 24, making it a haven for the younger crowd, especially those moving onto their post-college life. Nearly 60% are college students or college graduates.

Dayton’s moderate median rent ($761), cost of goods, and low state income and sales taxes contribute to affordability in the city known as the birthplace of aviation.

More than half of Dayton’s 18- to 24-year-old population — 63 percent — have earned or are working toward a degree.

Dayton doesn’t have all good news, though. Youth unemployment is at 11 percent, while the city ranks in the bottom half with regard to youth living below the poverty line.

Another college town makes the cut, but this one isn’t in the Midwest. In this upstate New York city, low rents, averaging out at $790, are a big draw, as is the low rate of youth unemployment (8 percent). Syracuse could probably rank a little higher on the list, were it not for the 26 percent of young people there who live below the poverty line.

Nearly 70 percent of the young adults in this metro area are college students or college graduates. More than 10 percent of them are transplants that landed in the city from other states or countries within the last year. Those are among the reasons why more than 11 percent of the population in the city is between the ages of 18 and 24.

Durham also happens to be pretty affordable, with a median rent of $947. Nearly 30 percent of young adults live below the poverty line, but one factor is that most college students generally don’t have much income while immersed in higher education.

Other cities rounding out the top 10 — Des Moines, Iowa; Provo, Utah; Akron, Ohio; Chattanooga, Tenn.; and Lexington, Ky. — had median rents between $765 and $936, commute times ranging from 20 minutes to 24 minutes, and youth unemployment rates ranging from 3.5 percent to 8.3 percent.

If you’re in 18 to 24 years old, heading to these cities could help you enjoy low costs and a better quality of life than other areas of the country.