"I don't see any leveling off. I just see that the numbers continue to be in the triple digits," Health Director Annette Rodriguez said

Officials said the lack of tests could be the reason why the new case numbers weren't in the 500's like researchers predicted for this weekend. 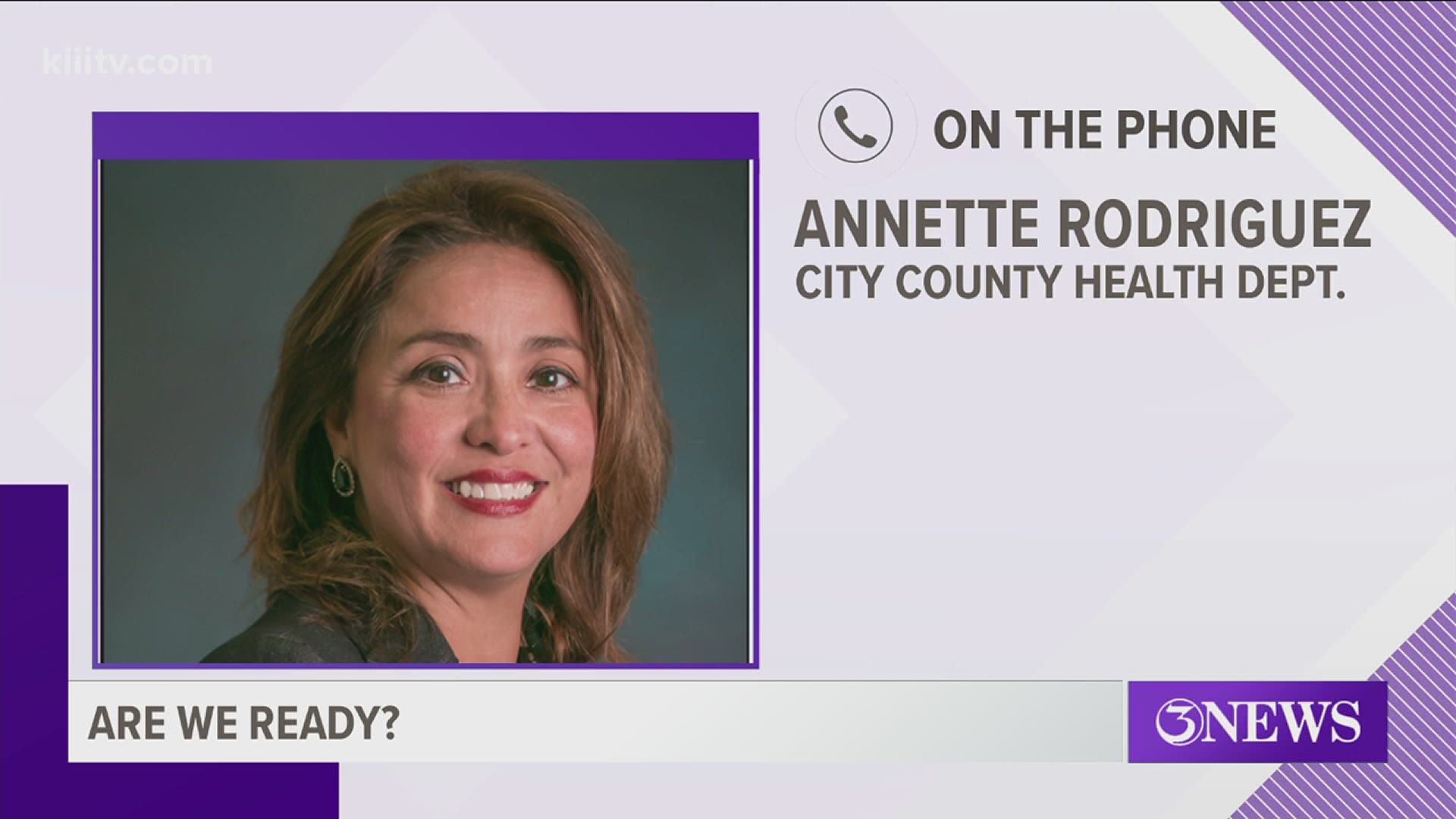 Three News interviewed Nueces County Public Health Director Annette Rodriguez Sunday afternoon to get a response  to the rise in cases of COVID-19.

"I don't see any leveling off. I just see that the numbers continue to be in the triple digits. Two-hundred or 300 is way too many for us here in Nueces County."

Rodriguez said the lack of tests could be the reason why the new case numbers weren't in the 500's like researchers predicted for this weekend.

"The last couple of days we've seen that we do not have enough resources to keep testing and having our drive-thrus so we've been reaching out to the state and the state has been working as hard as possible to get everybody the supplies they need," Rodriguez said. "So I agree. The short supply of resources probably has a factor of that number being less than the three, four or five hundred."

She warned people to still be careful, stay at home if they can and follow CDC guidelines.

"It's not the time to be complacent right now with the number of hospitalizations," she said.

And when it comes to hospitals receiving anti viral drug remdesivir from the state vulnerable patients are priority.

"While we're in short supply, we really need to concentrate on the vulnerable population as well a those who are symptomatic," Rodriguez said

"I definitely think that the old Memorial Hospital will help with the surge of capacity needs but if we continue to see numbers of hospitalizations of patents with COVID-19 increase, it's definitely going to have an impact on the hospital's ability to serve everybody that needs to be served," Rodriguez said.

Rodriguez added they put in a request to the state for more nurses and expect to be receiving more soon.