Tushar Rae was arrested in April for causing a lockdown and making threats while carrying a weapon on school grounds. 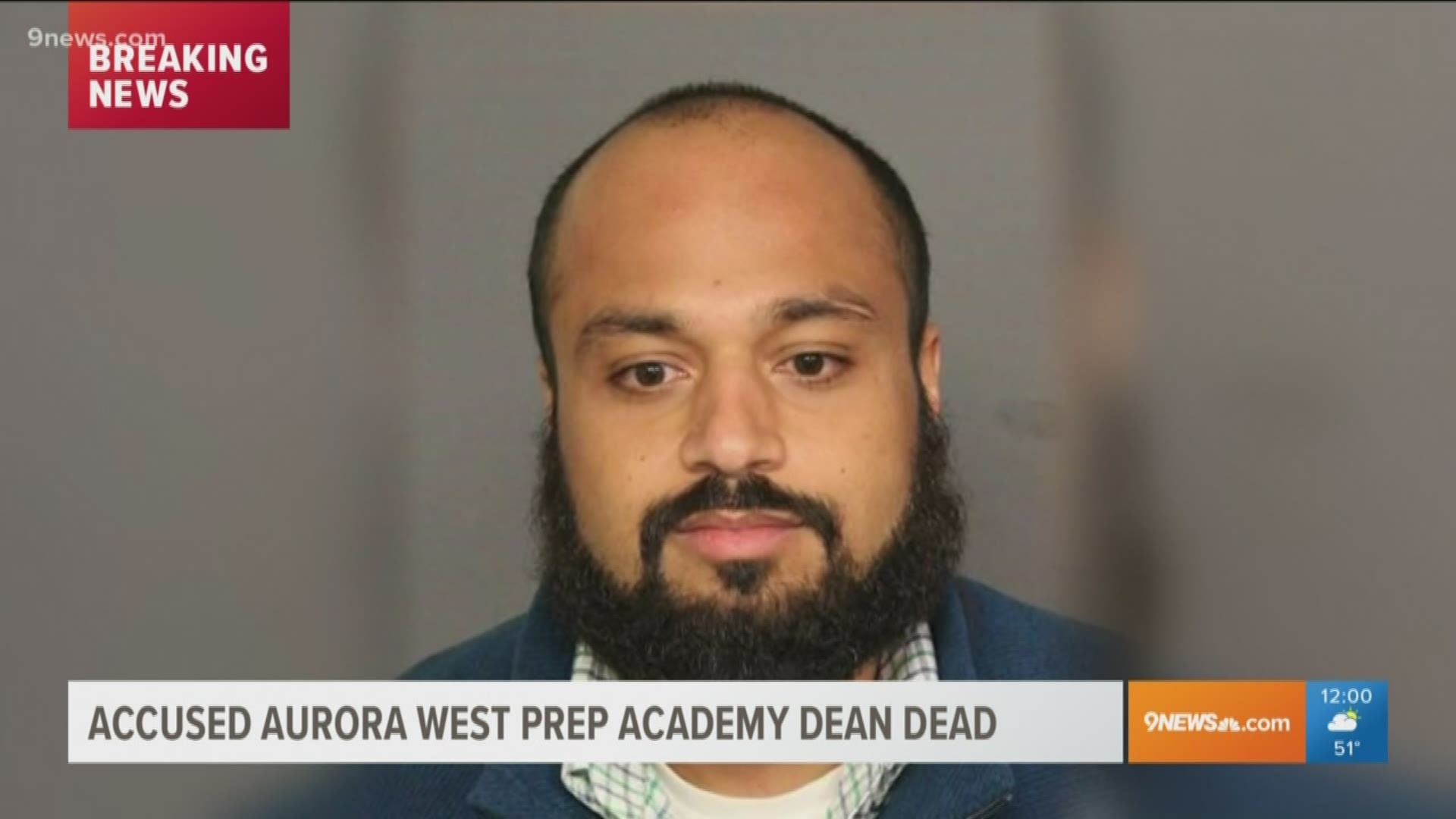 DENVER — The Aurora prep school dean accused of making threats against administrators and bringing a gun onto school grounds last April has died.

The Denver Police Department (DPD) confirmed that Tushar Aftab Rae, 31, was found dead in his home at about 9:30 a.m. Monday. His cause of death has not yet been released. Rae worked at Aurora West Preparatory Academy in Arapahoe County.

He was accused of making violent threats toward school administrators and bringing a weapon onto school grounds on April 3. He was arrested at his home in Denver, an arrest affidavit says.

At about 3:30 p.m. that day, Aurora police officers were dispatched to Aurora prep academy on reports of an armed person at the school, the affidavit says. The school went on lockdown as well.

RELATED: Document: Aurora West Prep principal waited over an hour to alert security to staffer with gun on campus

Principal Taisiya Tselolikhin called police and told officers on scene that she'd had an argument with Rae the day before. The affidavit says she told police he'd become upset over testing the school was administering and "not receiving acknowledgment and recognition he felt he was owed."

He didn't show up for work on Wednesday, and he didn't call to explain why or give a warning that he wasn't going to make it in, the affidavit says. At 2 p.m., Tselolikhin got a text from Rae asking her to meet him in his office.

The pair arrived at the office at the same time and both went into the office together, the affidavit says. Once inside, Rae closed the door and pulled out a black handgun, according to the affidavit.

The affidavit says he placed the gun on the counter between the pair.

"Try and f--- with me," the affidavit quotes Rae as saying. "You shouldn't have said what you said. I don't want to hurt you. I'm going to hurt all the people around you."

He then threatened to shoot the kneecaps off two of the school's administrators, the affidavit says. Then he wondered what she was going to do about it and warned that he "came prepared and had two extra rounds," according to the affidavit.

After that, he warned Tselolikhin to walk away or he'd shoot the next person he found outside his office's door, the affidavit says.

While threatening the principal, there was a knock at the door. The affidavit says two students spoke briefly with Rae before he closed the door again.

Tselolikhin then left his office and began to put the school on lockdown, the affidavit says.

As one Aurora officer spoke to Tselolikhin about what happened, another was on the phone with Rae, the affidavit says. He at first said some members of the school had been harassing him, but wouldn't explain himself. He also told the officer he was worried about the school being on lockdown and told Aurora police he was at home and then gave his home address, the affidavit says.

He told the officer he "had sent some messages earlier that he should not have sent," the report says.

Denver officers then went to Rae's address, found him there and arrested him, the affidavit says. Law enforcement said they found a Remington handgun and three magazines in a bedroom cabinet. According to the report, Rae was arrested and held on bond not long after.

Rae posted bond and was issued a restraining order, the affidavit says. Even so, Aurora PD posted more officers at the school and at some administrators' homes.

Several officers were also monitoring Rae and keeping track of his whereabouts, the arrest affidavit says.

The school sent three letters home to parents. The first one stated, "There were rumors of an armed individual in the area."

The principal specified that something happened inside the school in the third letter. The letter states: "One of our employees was arrested in Denver by the Denver Police Department after he allegedly threatened some of our staff members with a weapon."

Corey Christiansen is the Public Information Officer for Aurora Public Schools (APS). Christiansen said the district shared the information it had at the time from police shortly after the confrontation. He added that the district would not comment any further on an ongoing investigation.