BE AWARE: 'Blessing Loom' scam is resurfacing on social media

When the scheme first surfaced in 2016, a financial advisor told our Midland station that not only is it very rare you'll see your money again but it's also illegal. 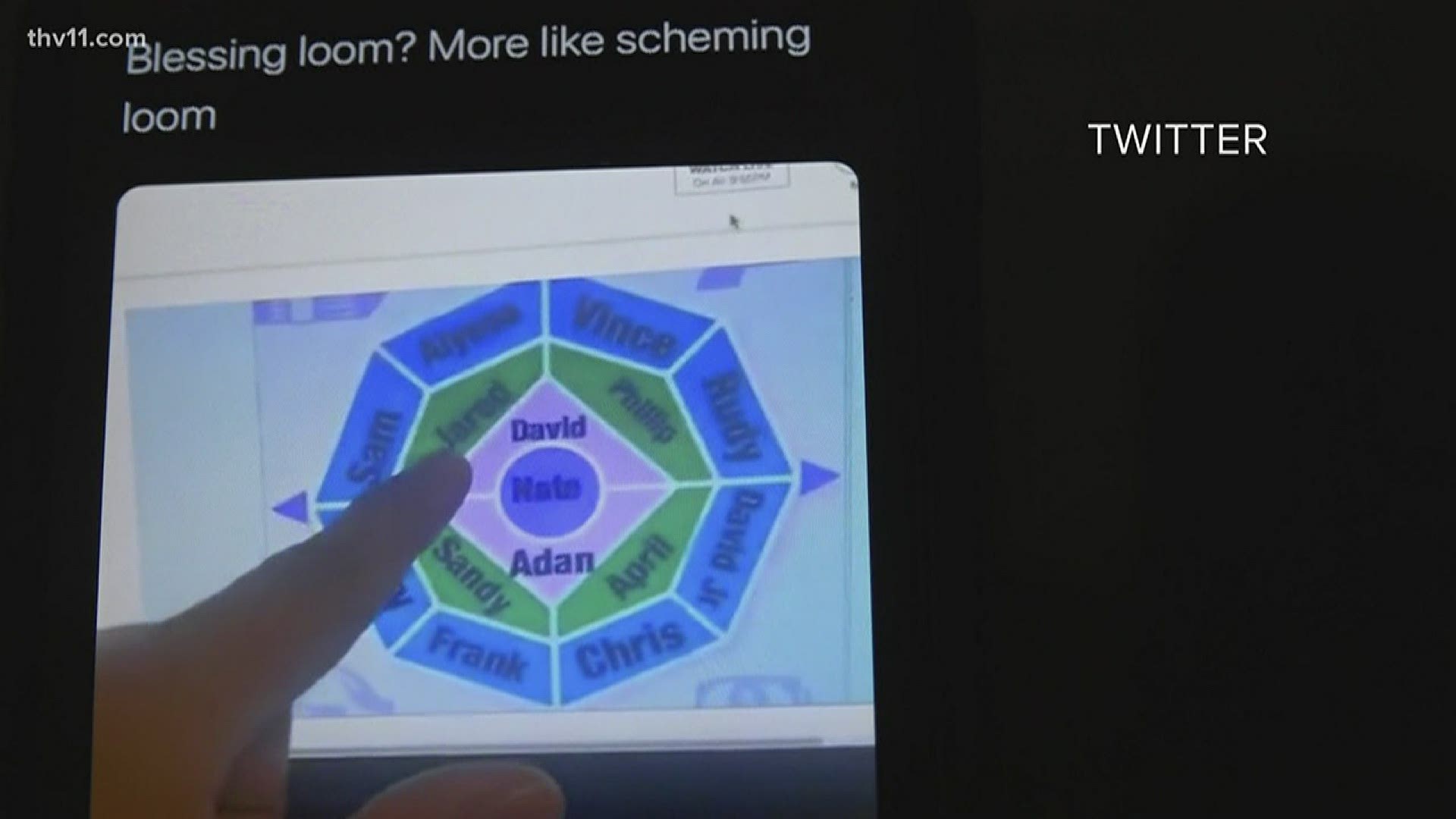 TYLER, Texas — Are you tempted to play the “Blessing Loom,” or jump on a “Money Board”?

These are some of the names for an online scam that’s making the rounds at a time when millions of people are out of work and scraping for cash . It promises a big return for a modest investment. Don’t fall for it.

"You’re virtually guaranteed to lose your money, or pull in friends and family who will lose theirs," Seena Gressin, Attorney for the Federal Trade Commission's (FTC) Division of Consumer & Business Education said.

According to the Panola County Sheriff's Office, the scam is known by many different names such as:

RELATED: Scammers trying to cash in on stimulus checks

The scam is a chain letter-type of pyramid scheme. While versions vary slightly, the one we’re hearing about most promises that you’ll collect $800 for an investment of $100 and, at the same time, help bring good fortune to someone else by recruiting them to join.

How the Scam Works

You see a post or get a direct message on Instagram, Facebook, or other social media. It invites you to join the Circle or Loom by sending $100 through PayPal or another digital payment service to the person whose name is at the center of an octagon-shaped playing board. Your payment gets you one of eight spots on the outer ring of the board and a chance to move towards the center by recruiting other people to join. As more people join, your board changes and the number of playing boards expands. Eventually, you’re supposed to land at the center of a playing board and collect $100 from each of eight new recruits on the outer ring. That’s when you leave the game or start all over again with another $100 payment.

What’s the harm? Like other types of pyramid schemes, these chain letters depend on recruiting new people to keep money flowing into the enterprise. There are no products sold or real investments creating profits. Once players run out of new recruits to bring into the game, the money dries up and everyone waiting to reach the center comes up empty handed.

When the scheme first surfaced in 2016, a financial advisor told our Midland station that not only is it very rare you'll see your money again but it's also illegal.

"The odds of actually getting the benefit of the $800 dollars are very low," said Mickey Cargile, President of Cargile Investment Management.

Texas law states those participating in pyramid schemes can face up to two years in prison and/or a fine up to $10,000:

The Texas State Attorney’s Office has been informed of the actions of those involved in this offense, according to the Kilgore Police Department. If you are involved, by any means, in the offense, it is recommended that you cease and desist immediately.

If that's not enough, promoting these scams is a violation of Facebook's terms and service.

What's a good rule of thumb in similar situations?

"Anytime that you are participating in something that you're getting money but you're not proving a good or a service or something like your labor, never participate in that," said Cargile. "That's just someone trying to get your money."

How to Avoid Social Media Scams

Social media is a great place to connect with friends and family, but it is also a place where scammers and con artists lurk. Always stay informed and exercise caution.

If you get an offer to join an online game like this, beware ­– it’s a scam. The warning signs? Promises that you will make money by paying in yourself and recruiting others to do the same. If the offer comes from a friend or family member, warn them. And, if you’ve paid someone to join this game, alert the FTC at: ftc.gov/complaint. Your report can help protect others from a scam.

RELATED: How to protect yourself from scammers targeting your coronavirus stimulus check