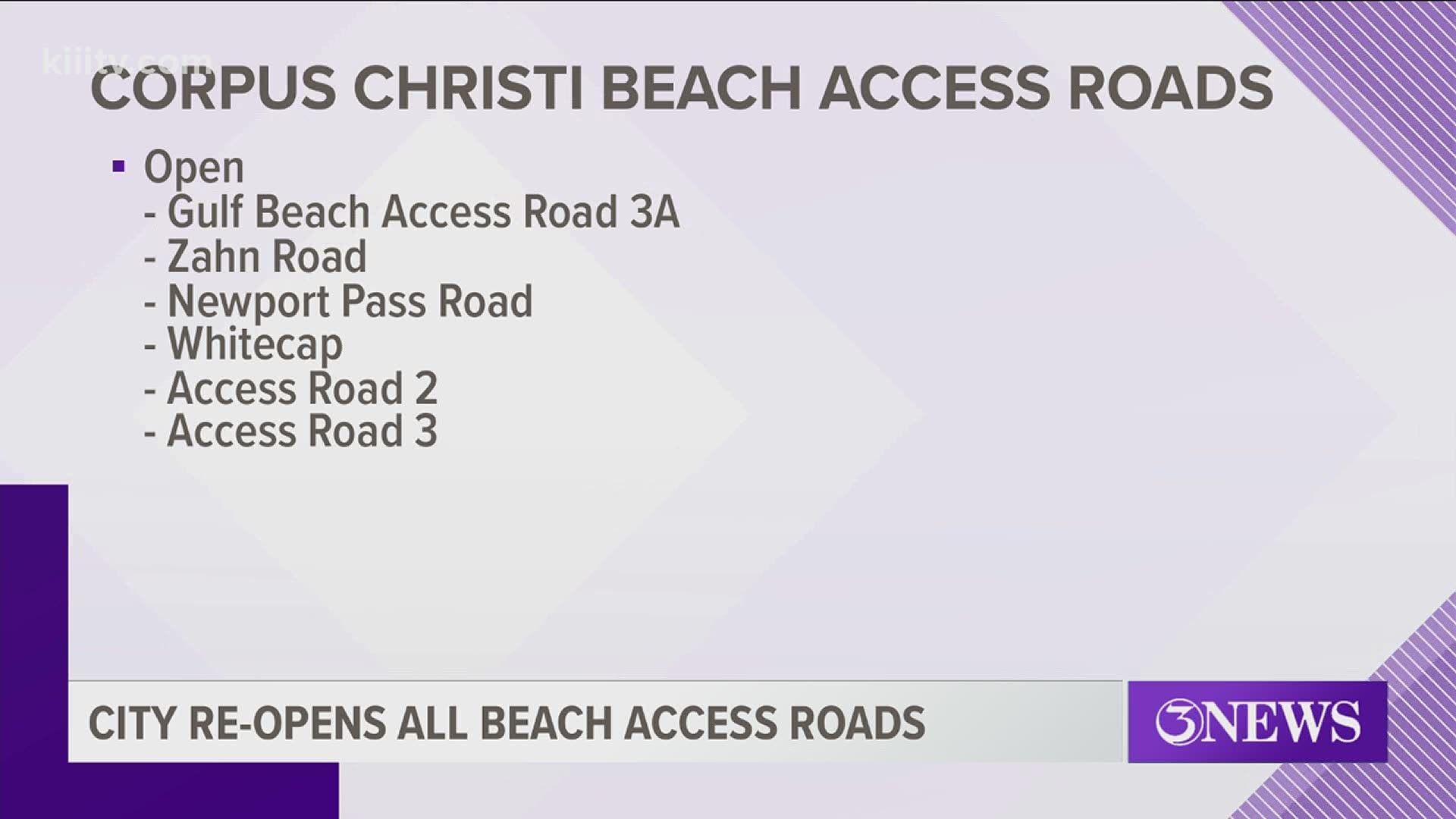 Whitecap Beach and Access Road 2 are now open as well. Access Road 3 will be opened by 5:00 p.m. on Wednesday.

The City of Port Aransas issued a disaster declaration shortly before noon Friday as eyes are on Tropical Storm Beta.

All Port Aransas Beaches will be closed starting at 8 p.m. Saturday, Sept 19. until further notice.

Mayor McComb says they are in the process of letting people know that they need to start packing up. Parks and Recreation has removed anything that can blow around such as lifeguard stands and porta potties.

The city is also removing their motorized vehicles off the beach. Vehicle  access is restricted for Gulf beach Access Roads 2, 3, 3A, Newport, Zahn and Whitecap. Restricted vehicle access will remain in effect until Wednesday, September 23 at 8 a.m. Barricades will also be put up to close off the beach access.

Padre Island National Seashore announced Friday, September 18 that vehicle access to the South Beach will be closed beginning at 8 a.m. on Sept. 19.