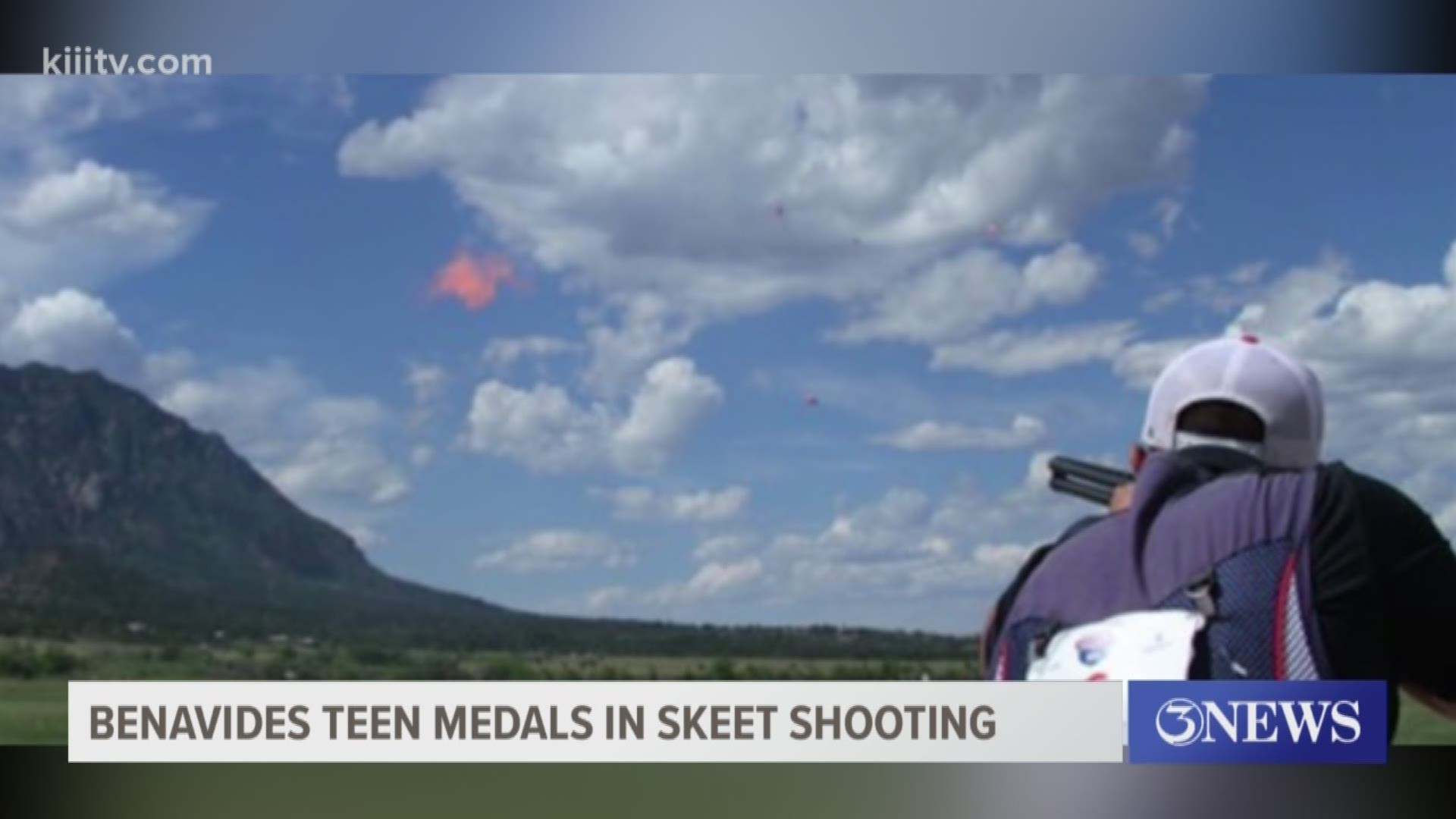 BENAVIDES, Texas — A Benavides teen shot his way to the top at the National Junior Olympics for skeet shooting.

It's a feat he would have never guessed he would reach back when he was 8-year-old watching his dad shoot.

"I just told him I wanna try in one day and so he said okay," Garza said.

Garza said he fell in love with the sport

"I started off with a little sporting clay match that we did and just took place from there," Garza said.

Garza said his dad started a 4-H shooting club where he spent his time honing in on his craft.

Eventually climbing to the top at the National Junior Olympics.

He said he had to shoot 25 targets.

"You have a delay of three seconds and then we call pull," Garza said.

Garza said shooters don't know when the targets will come out.

"You just better be ready," he said.

Garza said out of 60 competitors from all over the U.S. he took home the silver.

"It's a feeling that, that's just amazing and then especially when you get a medal," he said.

Garza said he felt on top of the world but watch out because he plans to go back in 2020 and take home first. Then he plans to move on to bigger and better things.

"I'm gonna keep on doing this and my dream is to win and Olympic medal one day," Garza said.