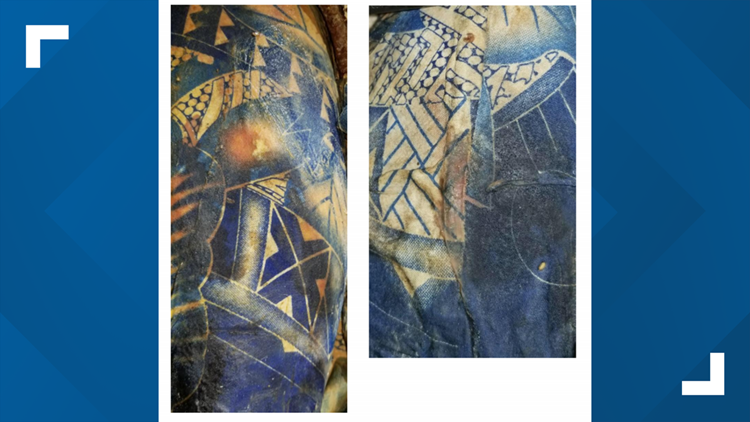 Body found in plastic tote behind abandoned church in The Woodlands

MONTGOMERY COUNTY, Texas — Authorities are hoping for tips that can help them identify a woman's remains that were found Sunday behind an abandoned church in The Woodlands.

According to the Montgomery County Sheriff's Office, the remains were found in a "large plastic tote hidden behind a shed" in the 600 block of Westridge Drive around 2 p.m.

Westridge runs between Budde Road and South Park Drive, which is near the Sawdust Park & Ride and just north of ORWALL.

The victim's cause of death has not been determined.

Authorities said the victim appears to be white with dark blond or light brown hair. She appears to have been between 50 and 60 years old, about 5 feet, 2 inches tall and weighed about 120 pounds.

The victim wore dentures on her upper jaw and was found wearing a blue Croft and Barrow shirt (size small), a white bathrobe and blue and white pants with a Samoan design. The bottom of the pants had the words “Alofa” (Samoan for “Love”) and “Samoa.”

An autopsy report revealed the victim underwent a hysterectomy, had her gall bladder removed, gastric bypass surgery and could have been a smoker.

RELATED: 'It's one of the worst things I've ever seen': Caretaker attacked, killed by feral hogs, sheriff says