CMPD said an 11-year-old boy and 12-year-old girl were involved in an altercation with the victim that resulted in the student entering the roadway. 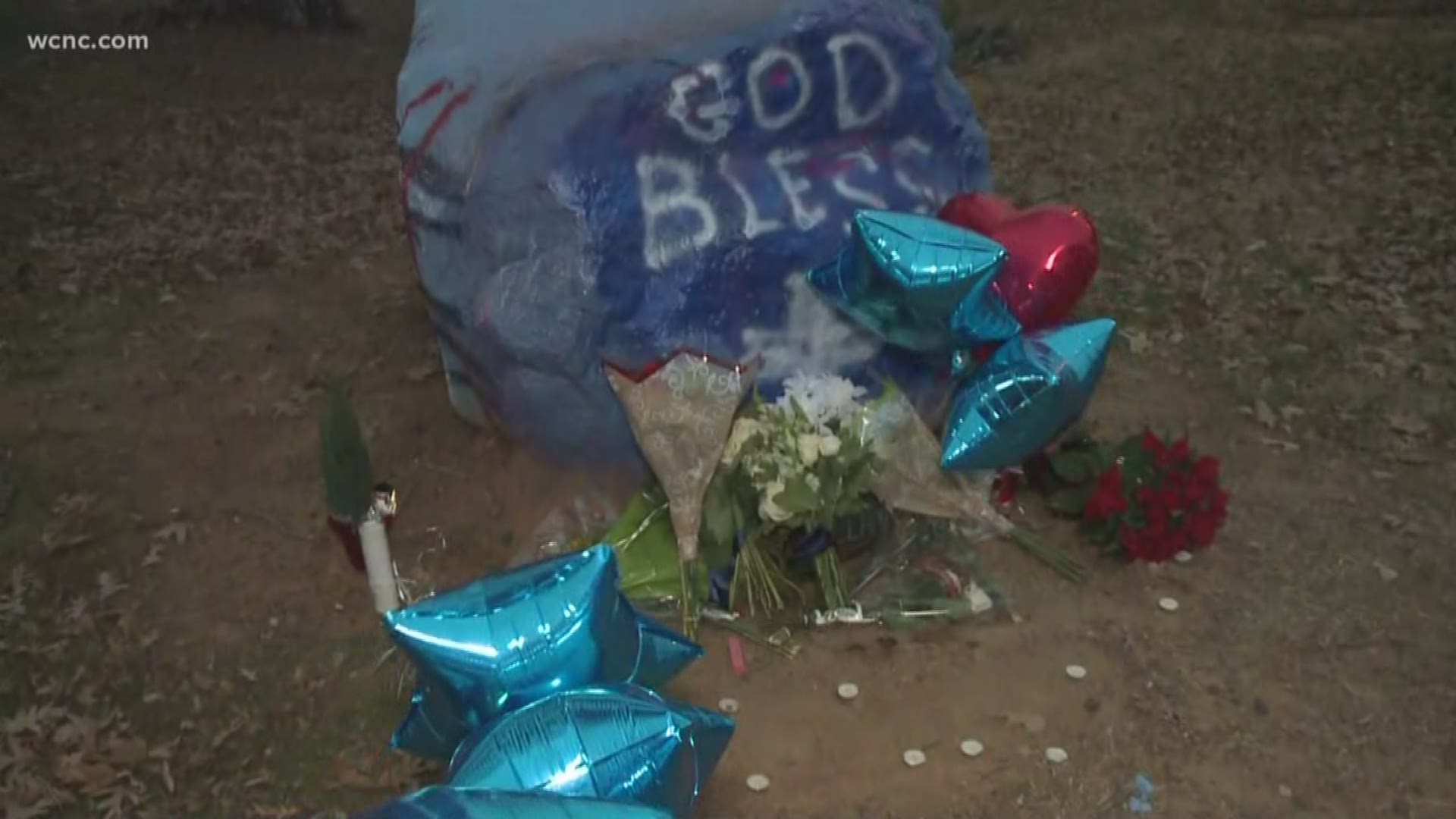 CHARLOTTE, N.C. — An 11-year-old boy and 12-year-old girl were charged with involuntary manslaughter following the death of a student in southeast Charlotte, police said.

The accident happened around 6:30 p.m. on Thursday at the intersection of Rama Rd. and Cabotwood Ln.

The 11-year-old victim, who was hit by a car, later died at the hospital. His family has identified him as Romello Wilcox.

"We have heavy hearts," his grandfather Warren Curry said.

A memorial to the 11-year-old has been formed near the entrance of his middle school. His grandfather said they called him "Mello," and his family says he'll be remembered as being observant and sweet.

"During the course of the investigation, detectives determined a physical altercation took place involving the victim and suspects near the roadway. This altercation led to the victim entering the roadway and ultimately being struck by a vehicle," police said.

The driver of the vehicle was not charged.

Wilcox attended McClintock Middle School. According to a GoFundMe page made by his family to help with unexpected expenses, he was in sixth grade and was attending his middle school's basketball game with his older brother. It was his older brother's birthday, according to the GoFundMe.

Charlotte-Mecklenburg Schools said any student who violates the CMS Code of Student Conduct will face disciplinary action in accordance with the Code of Conduct.

The following message was sent to families after the incident:

"Good morning McClintock families. I want to inform you that counselors will be available at our school today for any student who needs to speak with someone about the tragic loss of a student. We understand some students handle and process grief in various ways. Please be observant of any changes in behavior and feel free to seek assistance if needed. We will have counselors available as long as needed. Thank you for your support of McClintock Middle school."

Charlotte-Mecklenburg Police said the names of the two suspects would not be released because of their ages.

"Whatever their intentions were by trying to scare my grandson, I'll just say it worked," Curry said. "My grandson is not a fighter."