One officer shot during standoff at RV park in Rockport

The officer was taken to the hospital, but is okay. 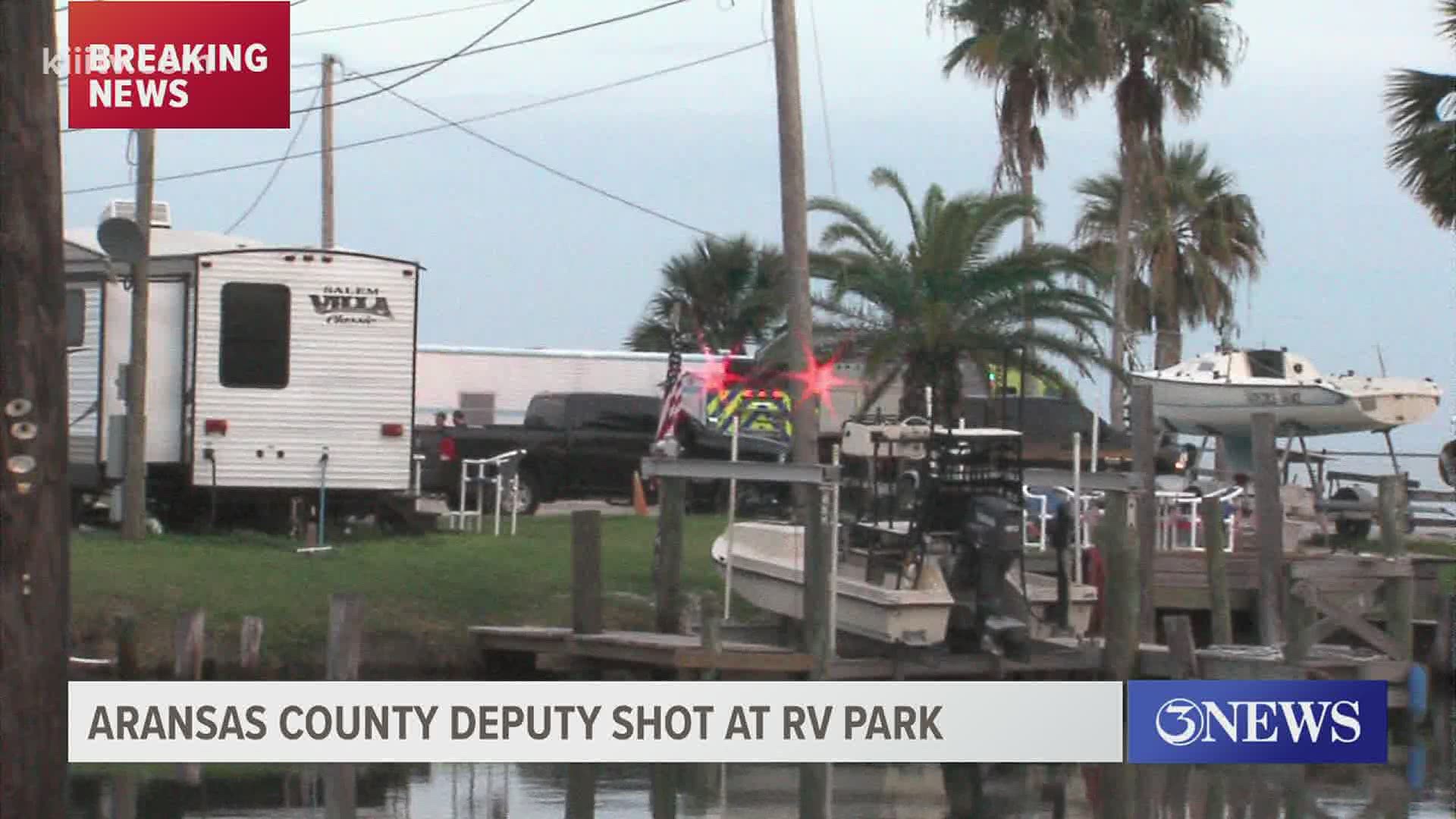 ROCKPORT, Texas — According to the Aransas County Sheriff's office a deputy was sent to the hospital after he was shot by a woman inside a trailer.

This started around 3:30 p.m. at the 'Palm Harbor R-V- Park' on Port Avenue. The deputy went to make a welfare check on a woman at the home.

“She had most of them out with her in the living room,” said Sheriff Bill Mills. “When we did enter the residence, so they weren't put away she had them out and we were fortunate enough to talk her into changing this game plan."

Sheriff Mills says the woman was taken to a local hospital for a mental health evaluation and treatment. Sheriff Mills also saying that the woman has not been arrested yet. The sheriff says charges could be pending.

"If I have to do that to continue to detain her to get her the treatment we're gonna work through that tomorrow depends on what happens tonight in the hospital, but we can’t continue to turn people and say well the hospital says you’re okay or doctors don’t see what went on out here this evening,” said Sheriff Mills.

“They're not here with us they don’t get to see what was going on they're not going to get to see her state of mind when she came out the front door.”

Sheriff Mills says all things came together at the right time with the right people. Helping to prevent any further injuries from happening in this standoff law enforcement from Rockport, DPS, Aransas Pass and Texas Parks and Wildlife responded.