Two people are still in custody in connection with the crime, but neither one so far has been formally charged with Murder. 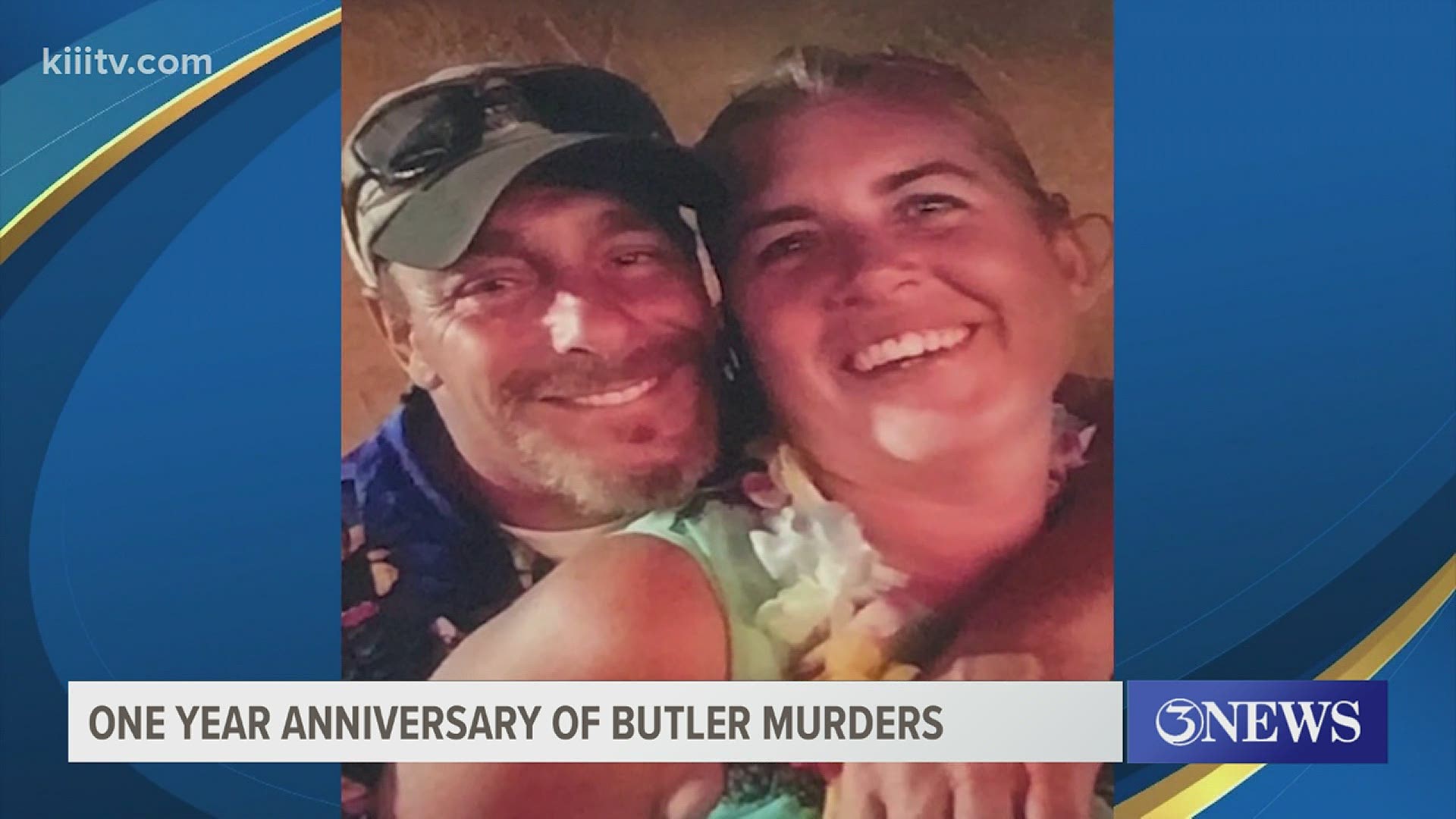 CORPUS CHRISTI, Texas — It has been one year since the disappearance of a New Hampshire couple on North Padre Island, in a case that garnered national attention.

48-year-old James Butler and his wife, 46-year-old Michelle Butler, were last seen on North Padre Island around the middle of October in 2019. Their disappearance prompted a search that ended with the discovery of their bodies on October 27 in a shallow grave about three miles south of Bob Hall Pier, in a desolate area known as “the bowl.”

The medical examiner ruled their deaths as homicides. Almost immediately, a makeshift memorial went up in the area where the bodies were found, to remember and honor the Butlers. According to his family, James Butler served in the United States Navy for more than two decades.

As the case progressed, two people were caught on camera crossing the border into Mexico from Eagle Pass. They were driving the truck that belonged to the Butlers.

Adam Williams and Amanda Noverr of Utah, both in their early 30s, were eventually arrested and brought back to Kleberg County. The pair was scheduled to appear in court in May of this year, after pleading not guilty to charges that included tampering with evidence and theft.

That appearance, however, was delayed because of the coronavirus pandemic. In fact, all jury trials in Kleberg County were put on hold and according to the District Attorney’s Office, will likely not resume until sometime early next year.

A gag order is now in place in this case, meaning no new information will be shared.

Back on Padre Island, many took time to visit and care for the memorial for the Butlers in the months that followed their deaths, but recent storms, brush fires and time have made maintaining it a losing battle. In spite of that, memories of this couple live on.