Car crashes through roof of Eureka home after tumbling down embankment

No injuries were reported in the accident. A couple was asleep, and the driver and passenger were able to get out of the car and walk away through the master bedroom 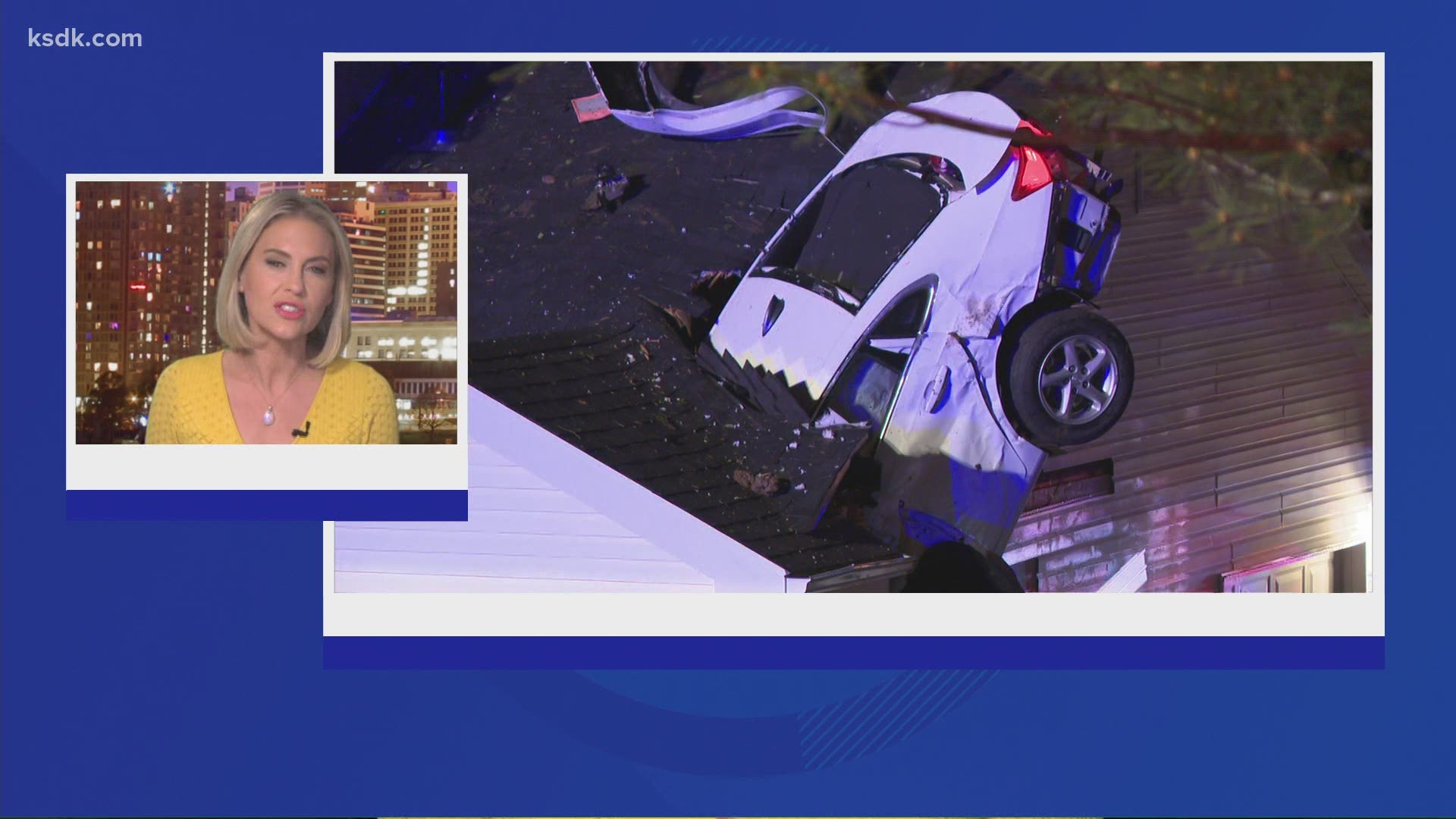 EUREKA, Missouri — A car lost control in Eureka on Saturday night, rolled down an embankment, flipped over a fence and crashed front-end-first through the roof of a house.

Video from the scene showed the backend of the car sticking straight up out of the roof.

The car wound up poking into a first-floor master bathroom, according to Deputy Chief William Stamberger with Eureka Fire Protection District.

Fortunately, there were no injuries.

The driver and passenger were able to walk away unscathed through the master bedroom.

Occupants of the house were sleeping in the home at the time of the crash, Eureka FD Division Chief Scott Barthelmass confirmed.

Eureka Police were also on the scene.