Climate Change is expected to be an important issue this election year and could potentially drive more people to the voting polls. 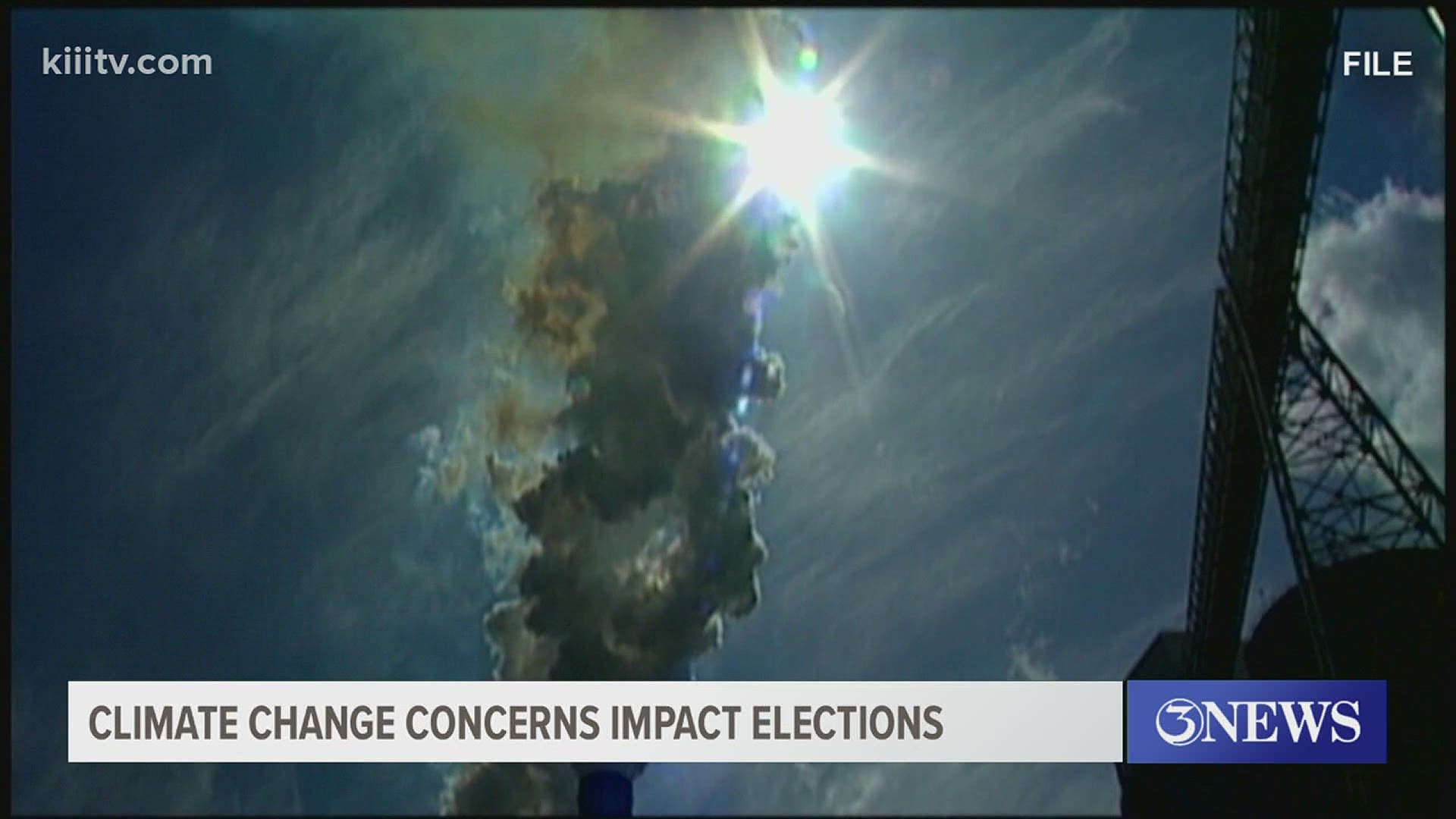 A recent study done by the Yale Program on Climate Change Communication and the George Mason University Center for Climate Change showed that the issue of climate change could play a bigger role in the upcoming election than it has in any prior election season.

"Recent events such as the explosion that was happening in the harbor or the port not too long ago, that might actually influence people's perceptions on these decisions and may influence them to stand up and be louder in their opinions," said Sanne Rijkhoff, an assistant professor of political science at Texas A&M University-Corpus Christi.

Rijkhoff said typically, climate change isn't a tipping-point for who voters choose on the ballots, but it has gained more traction in recent years.

"We really need politicians that will listen to the science, listen to the people," said Melissa Zamora, a core member of the For The Greater Good organization. "I'm hoping it can bring out more voters."

Zamora listed out the recent issues that she said are driving more community members to be more involved in the elections.

Environmentalists like Zamora said they're hoping city and county leaders will address their concerns this year.

"In terms of air pollution, a single community can only contribute so much but if you had the entire state or the entire southeast U.S. doing something, that could make a substantial difference," said Proffitt. "We need to recognize that it's a problem and then plan for it."