It was a nightmare he never thought he would face just by dipping his toes into the water. 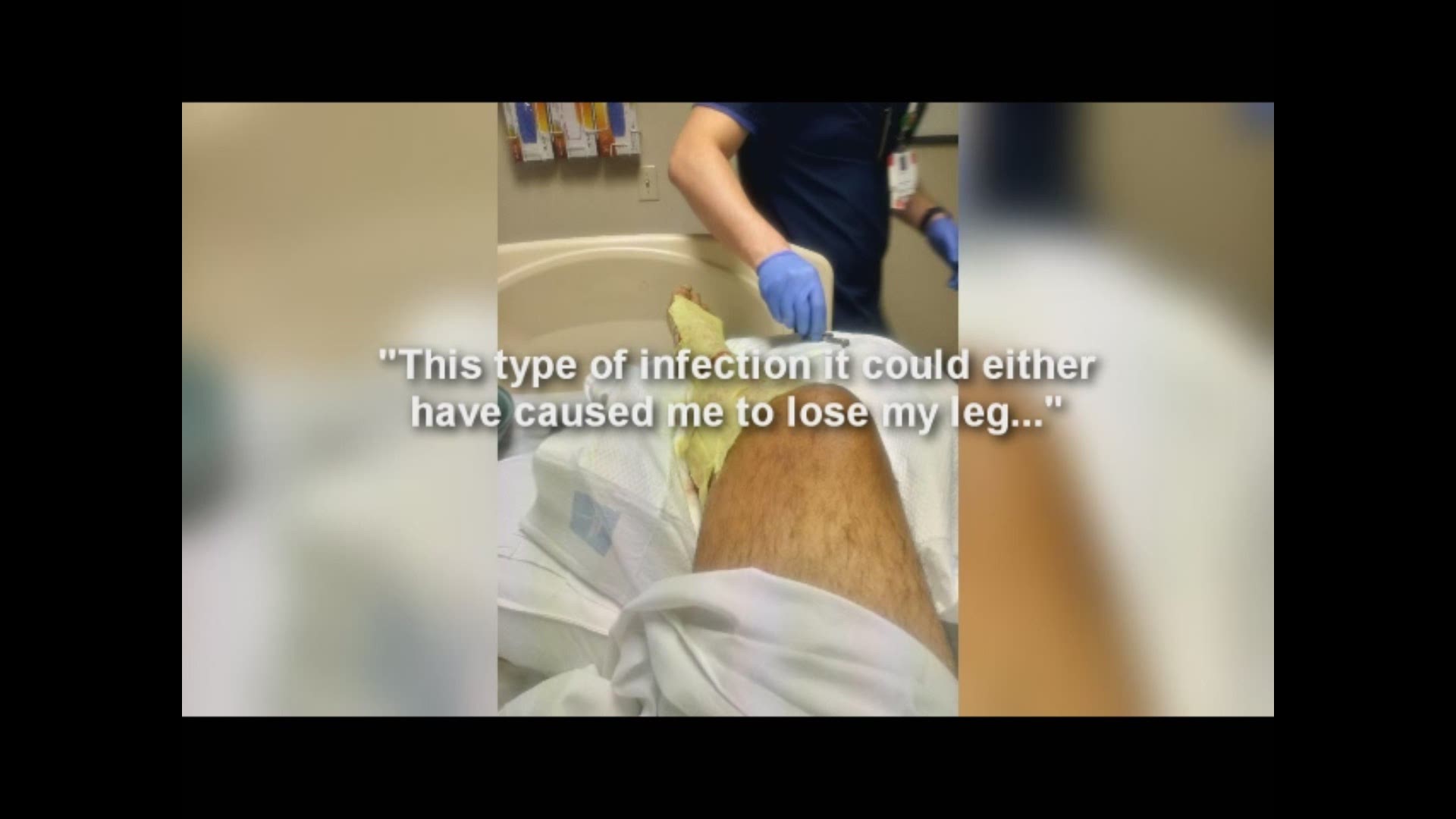 A Coastal Bend man said he contracted the Vibrio bacteria in early June after a visiting Cole Park.

Christus Spohn officials would not allow KIII 3 News reporter Taylor Alanis into Perez hospital for safety concerns but she was able to talk with him over the phone.

"With this type of infection, it could have caused me to lose my leg," Perez said.

It was a nightmare he never thought he would face just by dipping his toes in water.

It was a week that started at Cole Park and ended across the street at Christus Spohn Shoreline Hospital.

Perez said, after the trip to the park in early June, his foot began to swell.

He said doctors prescribed him some antibiotics but then a blister formed and his brother knew something was seriously wrong.

"He goes, go back to the emergency room," Perez said. "I was like why what's going on. He says that blister's getting bigger and bigger."

Perez brother called the ambulance to take him back to the hospital where doctors quickly figured out what was happening.

"This is an infection, a bacteria from the beach water that's eating up your flesh inside your leg," Perez said.

According to the CDC Vibriosis causes an estimated 80,000 illnesses and 100 deaths in the United States every year.

"Oyster beds, places with lots of shrimp, essentially places like Corpus Christi and Port A and all that," Doctor Vijay Bindingnavele said.

Bindingnavele said you have a cut somewhere for the bacteria to get into and if you are in good health clearing the infection should be easy. But not so much if you aren't.

"If you have poorly controlled diabetes, bad blood supply in the area, an open wound with and infection or just a combination of these factors," Bindingnavele said.

That could also be the case for people with auto-immune disorders.

Perez said he is homeless and has a bad immune system.

He believes the bacteria entered his blood stream underneath his toenail that was already infected with fungus.

Perez said he had to undergo four surgeries and is taking three different antibiotics.

He is waiting for a plastic surgeon to help fix the skin on his leg.

Doctors said Vibrio is not contagious but to avoid catching an infection don't go into the water if you have an open wound, have an auto-immune disorder or are in bad health.