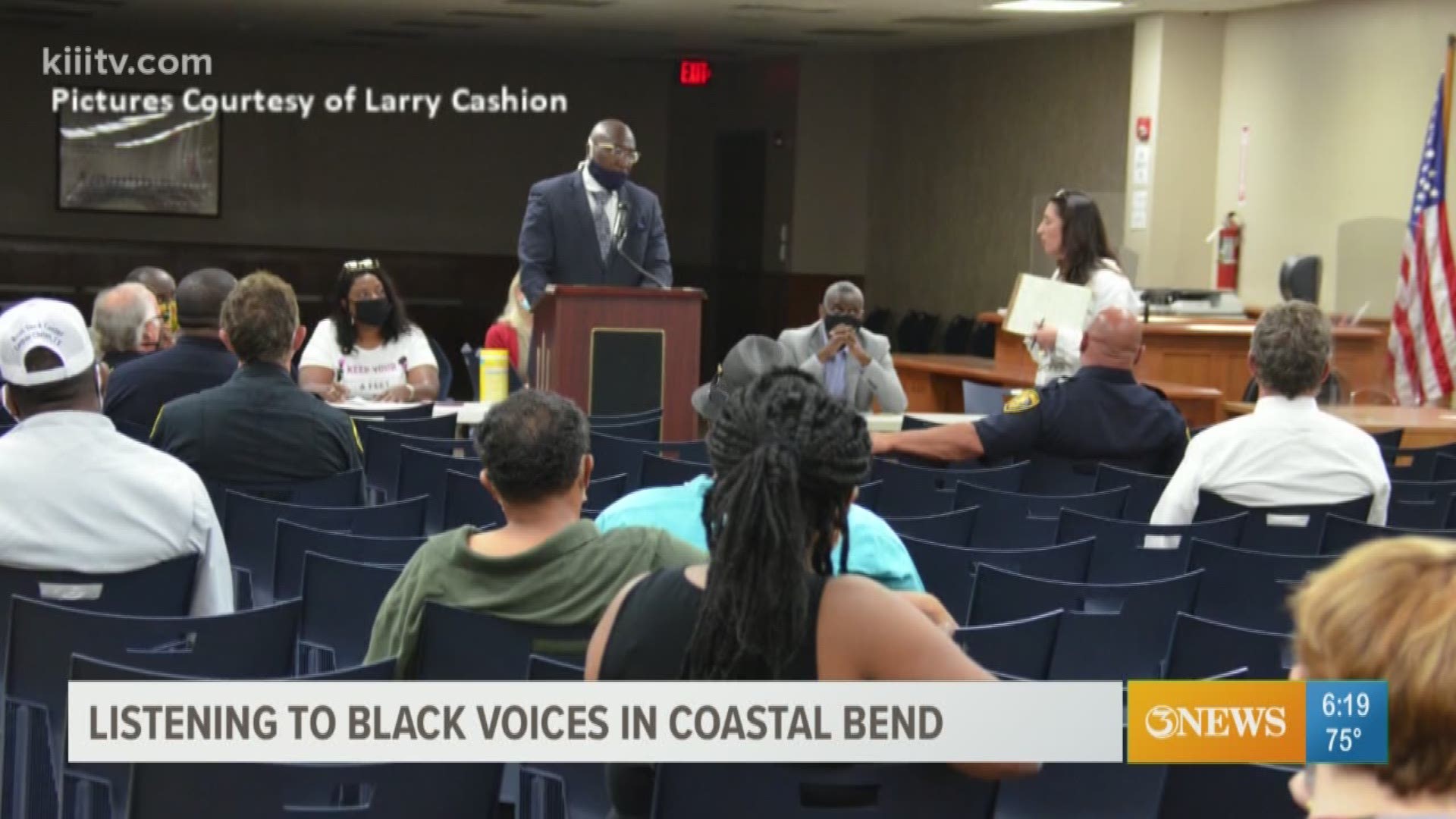 CORPUS CHRISTI, Texas — On Monday leaders in the black community along with other citizens voiced their concerns to state, city and county officials about issues they face in Corpus Christi.

This meeting comes after a peaceful protest held earlier in the month.
Leaders of that protest said sitting down and have a conversation like this is the next step.

The Texas Association of Black Personnel in Higher Education in Corpus Christi along with other black leaders helped organize the meeting with city and county officials.
Tina Butler is the president of TABPHE.
She said there was one goal for this meeting.

“To provide the citizens and the leaders that true open dialogue with the city and county officials was my most important thing,” Butler said.

Along with the mayor, county judge, police chief and others...Sheriff J.C. Hooper attended the meeting.
He said although it saddened him to hear what some in the black community are facing it's necessary to know in order to move forward.

“Meetings like that can be uncomfortable and public servants need to be engaged and listening even when listening can be a little painful,” Hooper said.

And they listened to people like Adam Carrington who is a pastor and advocate in the hillcrest neighborhood. A predominantly black community in Corpus Christi.
He spoke up about the unfair treatment of people in hillcrest and ended with a demand to take down statues and symbols of racism in the city.

“Anything that is negative that promotes hatred, racism, discrimination, clothing, anything,” Carrington said. Remove all of that stuff so that we don't have to be reminded of how much some folks hate African Americans or black people.”

And Butler said he wasn't the only one to speak out.

“Another gentleman had an issue,’ she said. “He's the only black owned towing company in corpus and had been taken off of the rotation with the police department of being one of those companies that they call upon.”

Hooper said the meeting allowed him to understand that his positive experience in the coastal bend isn't the same for everyone.

“Hearing that from several people it definitely makes it clear to me that we have work to do,” he said.

Butler said the consensus from community members and officials is that the meeting was a success and they plan on having more in the future.
But for Carrington he said he needs to see it to believe it.

“Actions speak louder than words for me,” he said. “You say one thing to me and then your actions will either support it or not. We will know when the action comes. We'll just have to wait and see.”

If you couldn’t attend the meeting but have questions you can email them to tabphecc@yahoo.com.