Many tuned into the debate from home, but there were also several watch parties around town for both republicans and democrats. 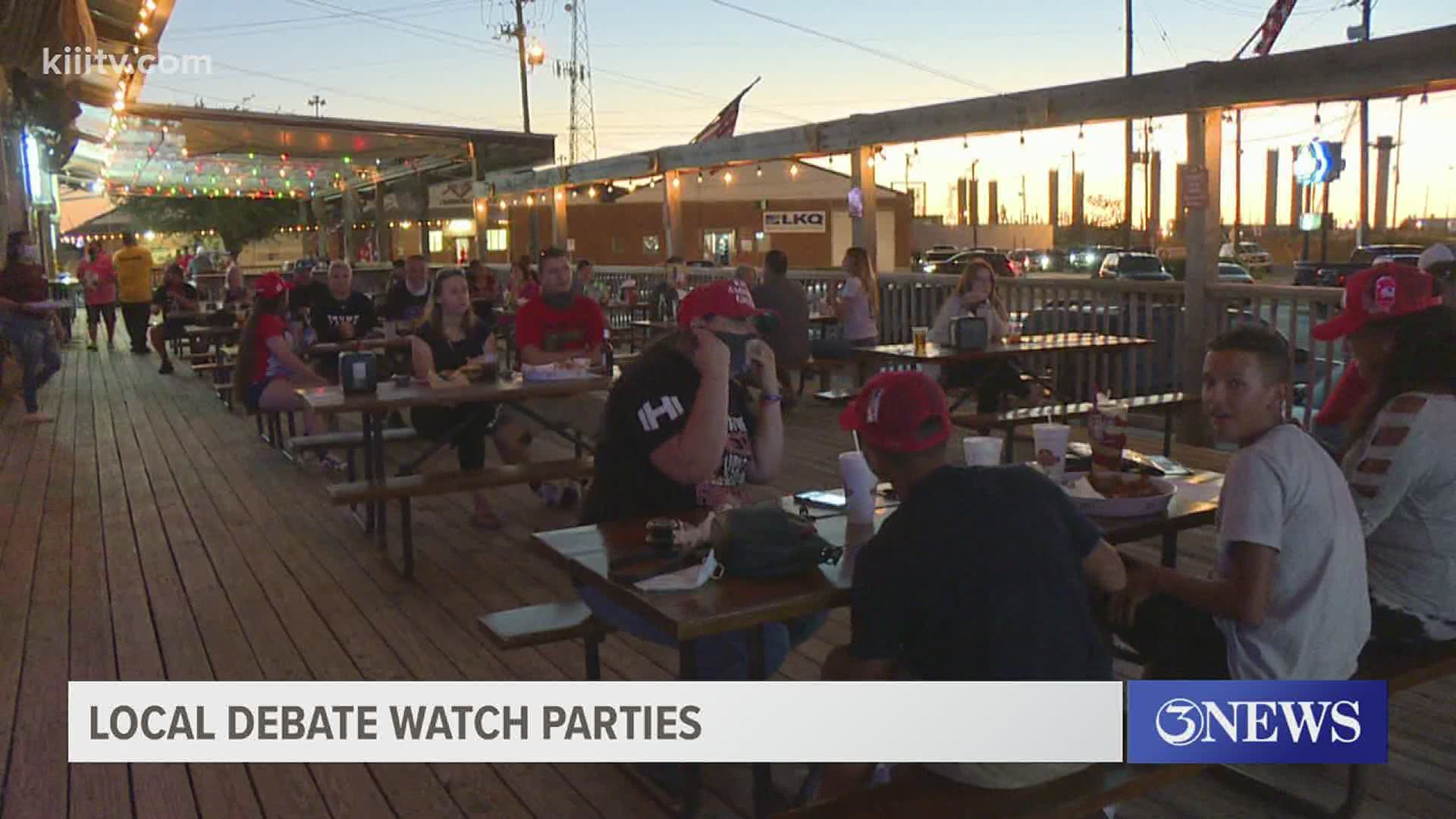 CORPUS CHRISTI, Texas — Many of you tuned into the first presidential debate from home, but there were also several watch parties around town for both republicans and democrats.

Many watched on as President Donald Trump and democratic nominee Joe Biden went head to head on key issues that included everything from health care to the economy.

"Jobs, jobs is a big one for us," said Trump supporter Melissa Lopez.

Lopez said she walked away from the democratic party four years ago. She said she had a hard time voting for Trump in 2016 at first, but today she said she doesn't regret it.

"We are doing so much better today than we were four years ago, taxes are lower. I bought my first house, I couldn't do that four years ago," said Lopez.

"Donald Trump has done a great job on bringing the economy back. He's been great for veterans; we have choices now for where we can go and seek medical care." said veteran and Trump supporter Jeff Lynch.

Across town, democrats popped the tailgates on their trucks and brought out the lawn chairs as they took their watch party outdoors at the Valencia on Ayers St.

It's where Biden supporters said the coronavirus pandemic was another hot topic of the debate.

"I think that is front and center," said Biden supporter Rene Saenz. "We've already seen the record of Donald Trump. You've got over 200-thousand Americans dead. You've got over 400 in Nueces County dead. Over 20-thousand infected. The man obviously doesn't know what he is doing."

Voters in both camps agree on one thing that debates like this one reaffirms their choice for president.

"I think a lot of us have already made up our minds on who we want to vote for, but if you are on the fence, it might help to watch the debate and get a better feel of who you want to support," said Biden supporter Stephanie Saenz.