AUSTIN, Texas — In Central Texas alone, there are currently more than 1,000 kids up for adoption, according to Partnerships for Children. At its 2020 Heart Gallery Reveal, more than 100 children will have their photos displayed for a chance to find a permanent place to call home.

Photographers volunteered to take photos of these foster kids at their favorite places and in their favorite outfits – all leading up to the big event.

"I say it’s amazing and actually heartbreaking at the same time because they get dressed up and wear their best outfit, and they say 'Do you think someone is going to want to adopt me?'," said Kori Gough, the executive director at Partnerships for Children, a nonprofit that supports abused and neglected children in Child Protective Services.

The sixth annual event in Austin is a special portrait exhibit of local foster children created to increase adoptions by celebrating children in foster care.

There are several kids whose photos will be displayed at the event. You can find that full gallery online. Here are a few of those photos: 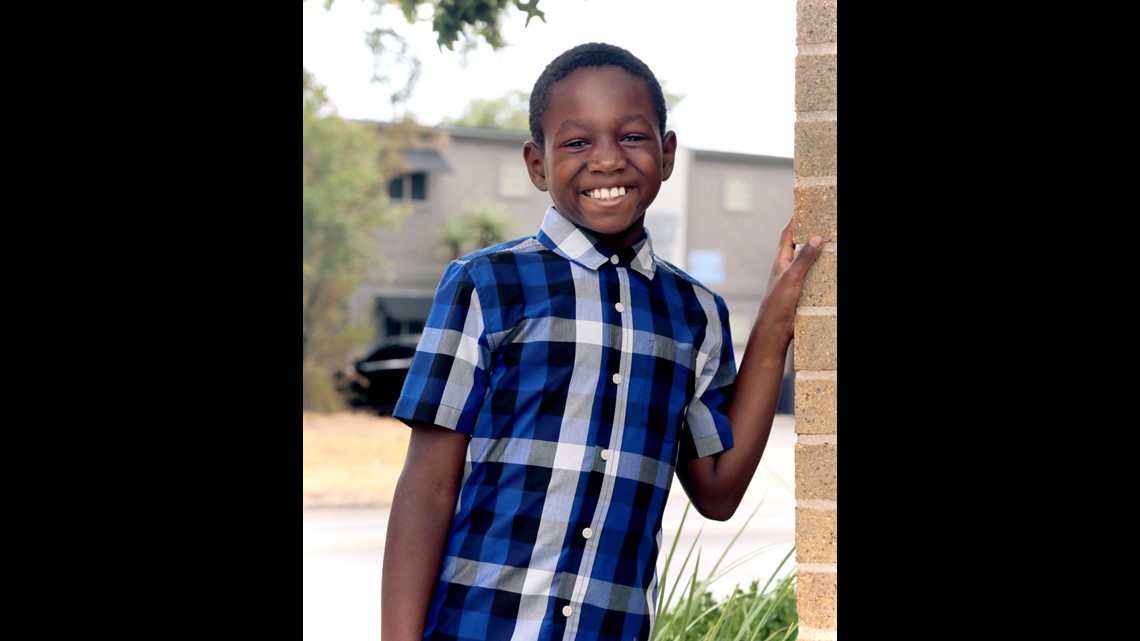 According to Gough, since the Heart Gallery started, the likelihood that any of the children groups listed above would get adopted went from 1% to 60%.

"So often, the only portraits we had of these kids to showcase [them] were taken from caseworkers' phones or grainy images from just a portable camera, and nobody had any other way to see them," Gough said.

RELATED: Thrall super mom of six shares her call to adopt and foster

The unfortunate reality is that kids who do not get adopted by the time they age out of the foster care system are significantly more likely to become pregnant, homeless, or incarcerated.

Chelsy Alexander did not want that to happen to her kids, who she adopted at the ages of 8 and 12 years old. Five years later, she is amazed by the journey.

She said this event is the "last chance" for some kids.

Partnerships for Children
We are so very thankful to AffiniPay! They have touched every progr... am within PFC and will be sponsoring 50 children in the care of CPS for Holiday Wishes! They go so far above and beyond what we expect....every single time! Thank you to the leadership and staff who so readily step in to help!

"They never did anything wrong. None of this is their fault but they need love and they need support just like everybody does," said Alexander.

Alexander believes these photos allow families to see the bright smiles and true personalities of these kids.

"When you see these photos, it really tugs on people’s hearts, and that’s the goal out there – to see that there are kids out there still waiting for a home a forever family," Alexander explained.

A smile to remember: Video of adopted baby with Down syndrome goes viral

In addition to this year's gallery, organizers will release the Heart Gallery 2020 book, filled with more than 200 kids portraits and descriptions of their passions.

Partnerships for Children will also announce the launch of a new app that will make it easier for Heart Gallery of Central Texas volunteers to exhibit portraits of adoptable children and teens around Central Texas.