Be cautious of veterans dealing with PTSD while setting off fireworks

With Fourth of July approaching, some veterans struggle dealing with hearing loud fireworks. 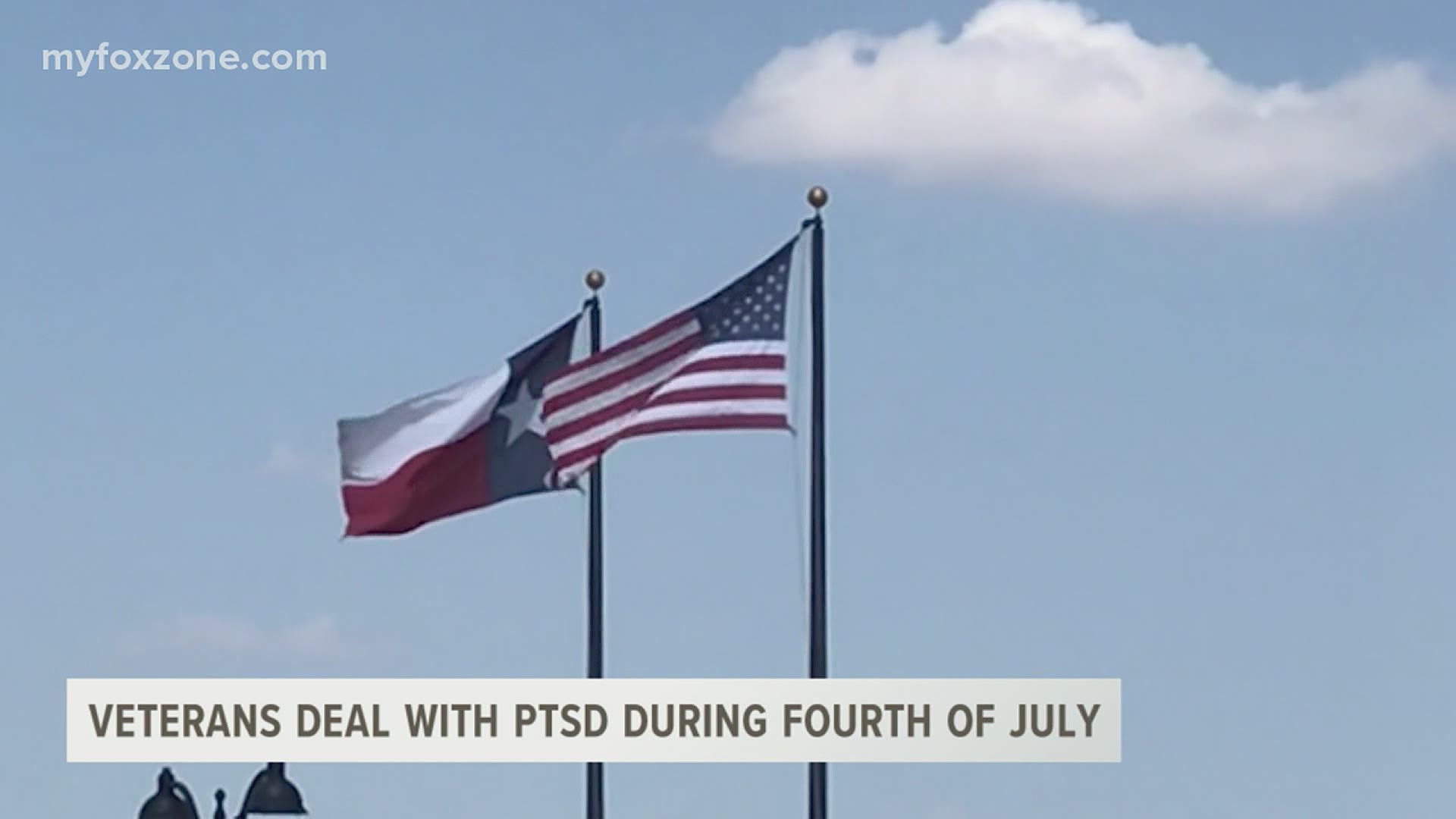 TEXAS, USA — As many know, Independence Day is a holiday celebrated to commemorate the Declaration of Independence. While this may serve as a day off to have cookouts and set off fireworks, this holiday could serve as a negative to veterans suffering with post-traumatic stress disorder (PTSD).

The United States Department of Veteran Affairs describes PTSD a mental health problem that some people develop after experiencing or witnessing a life-threatening event, like combat, a natural disaster, a car accident, or sexual assault.

When setting off fireworks, there are loud explosions as they shoot into the air. These sounds can assimilate sounds of gunfire and bombs, which causes veterans anxiety and stress.

The day Americans celebrate the United States can be the same day soldiers who fought for the country are tormented by what they’ve experienced.

How does one veteran cope with preparing for the loud noises on this holiday?

“What I do is put on a pair of headphones and listen to music. I do this for the entire weekend because I know people will be lighting fireworks more than one day.” Robert David Schoff said.

Schoff is a 22-year US Air Force veteran and served in the US Navy for four years. He says he suffers from PTSD everyday and New Year's Day and the Fourth of July are some of his toughest days to get through.

The U.S. Department of Veteran Affairs says approximately eight million people deal with PTSD every year, and a large percent of those affected are veterans.

“I know very, quite a few veterans here in town would have the same firework problem for a while. If a neighbor wants to set some off, then do it legally. Go out to the lake or away from city limits. It’s not legal to do it in the alleys or in front of your house. It’s tough for us and we hope people will be aware of what we go through during this time.” Schoff continued.

Most veterans want people to celebrate the festive holiday, but also want them to be mindful and considerate of the former soldiers when celebrating.

The San Angelo Police Department issued a statement informing residents using fireworks within 5,000 feet of and inside the San Angelo city limits is a Class C misdemeanor punishable by a maximum fine of $2,000.

If you or someone you know are dealing with mental health issues or battling PTSD, here are a few sources available in West Texas.