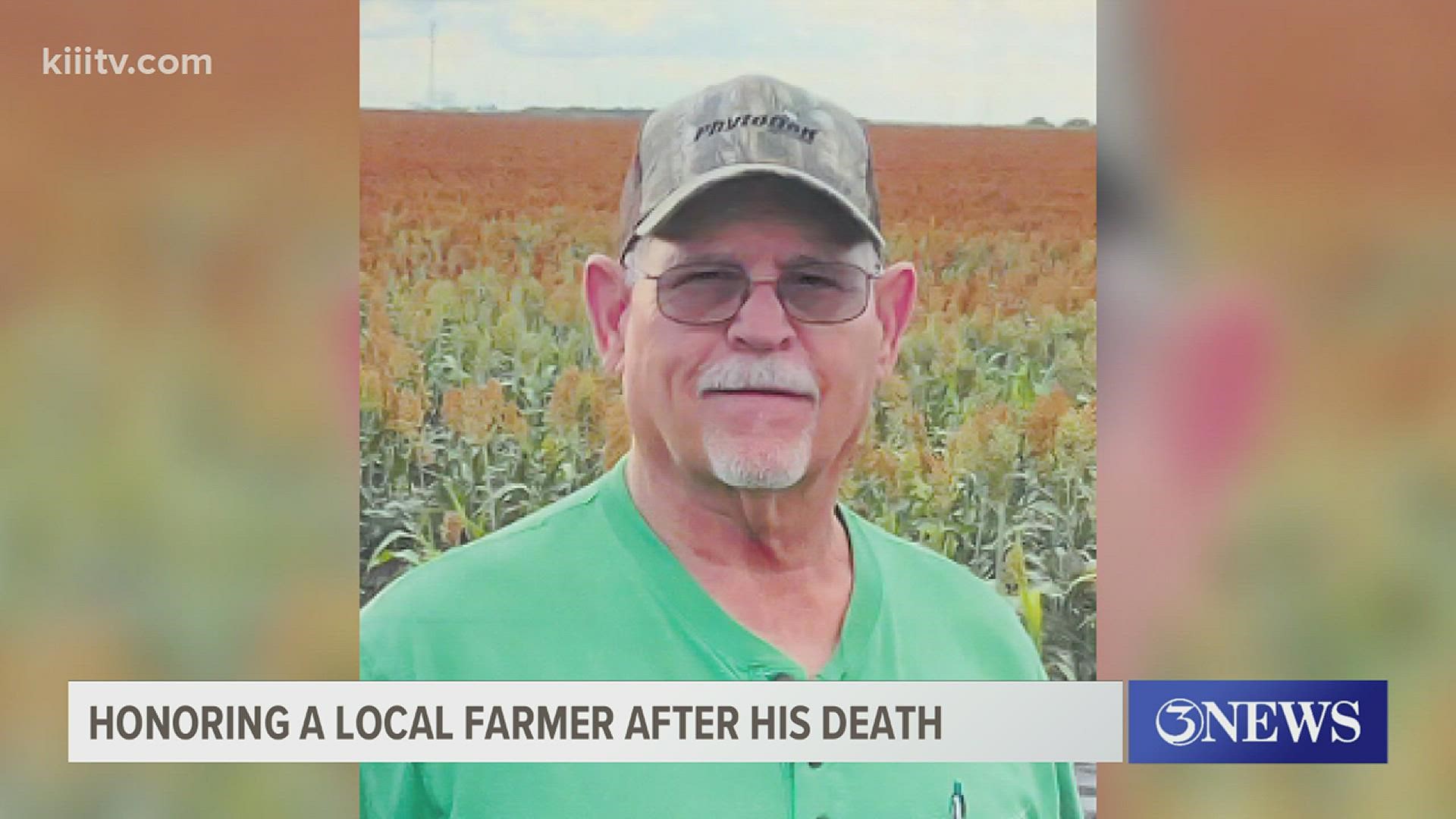 BISHOP, Texas — You've likely heard the saying that you reap what you sow and that certainly stands true for a local farmer who was well-known known for his involvement in his community.

Clayton Johnson, son of Vell Johnson says his father passed away recently from a heart attack and that's when area farmers decided to pay tribute to Vell by making sure his crops got harvested this season.

"This is my dad’s place, and this is the awesome tribute the local farmers are doing for us. It really means a lot to us,” said Johnson. “Dad was a friend to everybody out here,"

Nine different combines showed up Saturday morning to Vell's farm near Bishop. They were there to work and harvest Vell's crops before they were lost. The combines also carved out the shape of the letter ‘V’ into the crops to honor Vell.

Michael Zamaora, Fire Chief of Nueces County Emergency Services District-3 says he's known Vell since he was a kid himself and he put him on his first tractor.

"These guys we all know each other and it’s almost like a big family when you become a part of the farming business so at this time they wanted to help out," said Zamaora.

Zamaora says Vell coached little leagues and did commentary for local sporting events in the community.

Johnson said will be missed by his entire farming family. "Dad would be laughing upstairs right now,” said Johnson.