The driver has been fired, a VIA spokesperson confirmed. 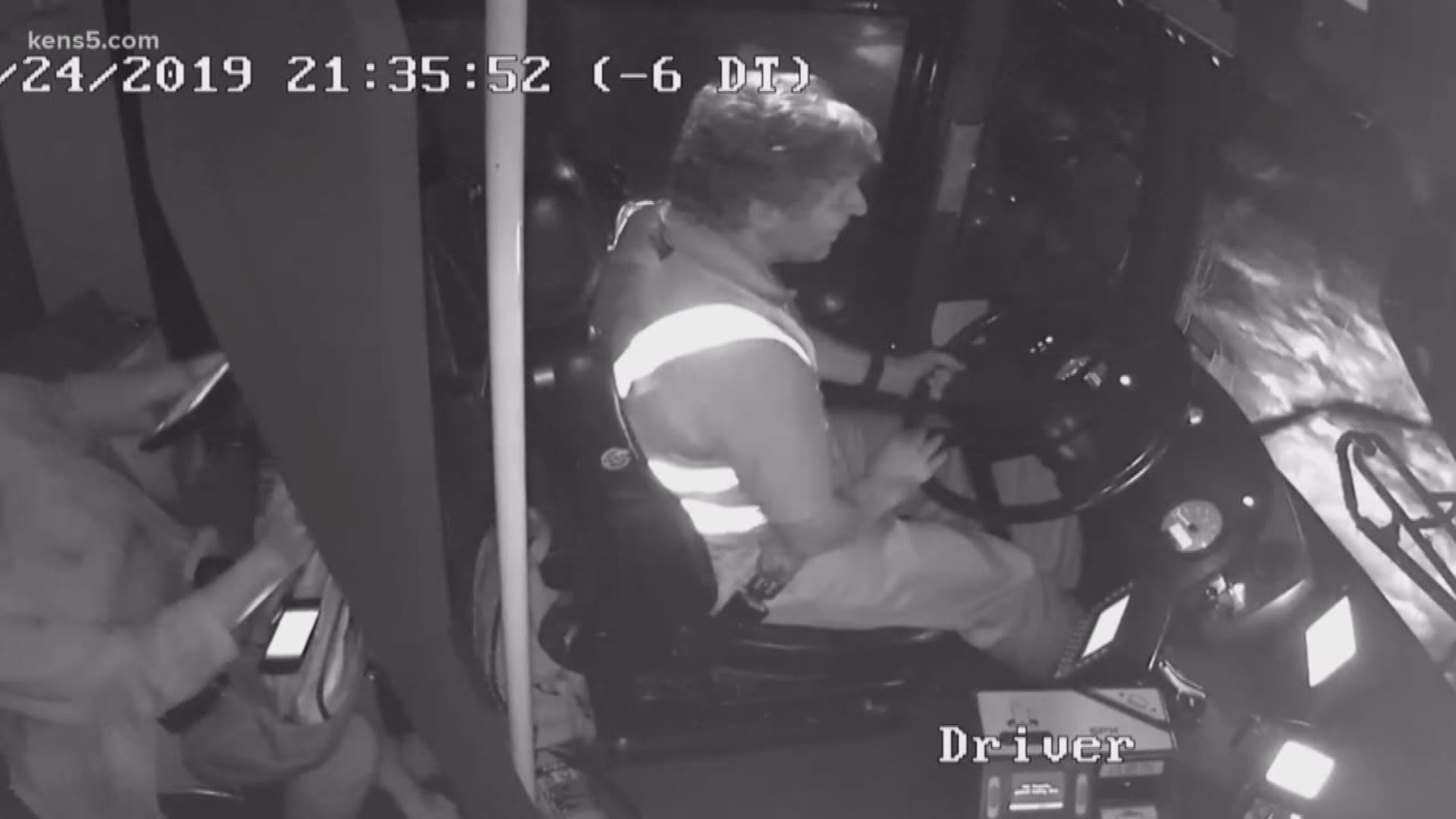 SAN ANTONIO — A spokesperson with VIA Metropolitan Transit said a bus driver has been fired after an incident involving a water rescue on October 24.

Eight people got stuck on a VIA bus Thursday night after the bus drove through high water, officials with the San Antonio Fire Department said.

The high-water rescue call near Dreamland Drive and the railroad tracks on the northeast side came in just before 10 p.m. Thursday.

Firefighters were having problems trying to get the people out and said the rescue would take some time. No one was hurt in the incident.

A spokesperson with VIA Transit said the company will conduct an investigation to 'clarify the details of the incident and the driver's actions.'

PREVIOUSLY: VIA riders got stuck after bus drove through high water

VIA sent the following statement to KENS 5 Friday afternoon:

"During Thursday night’s thunderstorms, VIA continued to operate service in order to ensure that the community who depend on us could reach their destinations. VIA carries over 100,000 passengers daily, and delivers over 36 million trips per year. Almost all—over 99.9%, occur without incident.

"Just before 9 PM Thursday, a VIA bus became stranded in a flooded roadway at Dreamland near Vance Jackson. The operator immediately contacted dispatch for assistance for the passengers on board. No injuries were reported. We are thankful to the San Antonio Fire Department and first responders who helped lead passengers and the operator off of the vehicle safely."

Owner of dog training school convicted for scheme to defraud government for $1.2 million