A funeral and burial took place for Lance Corporal Guillermo “Willie” Perez while the community paid its respects to the fallen Marine. 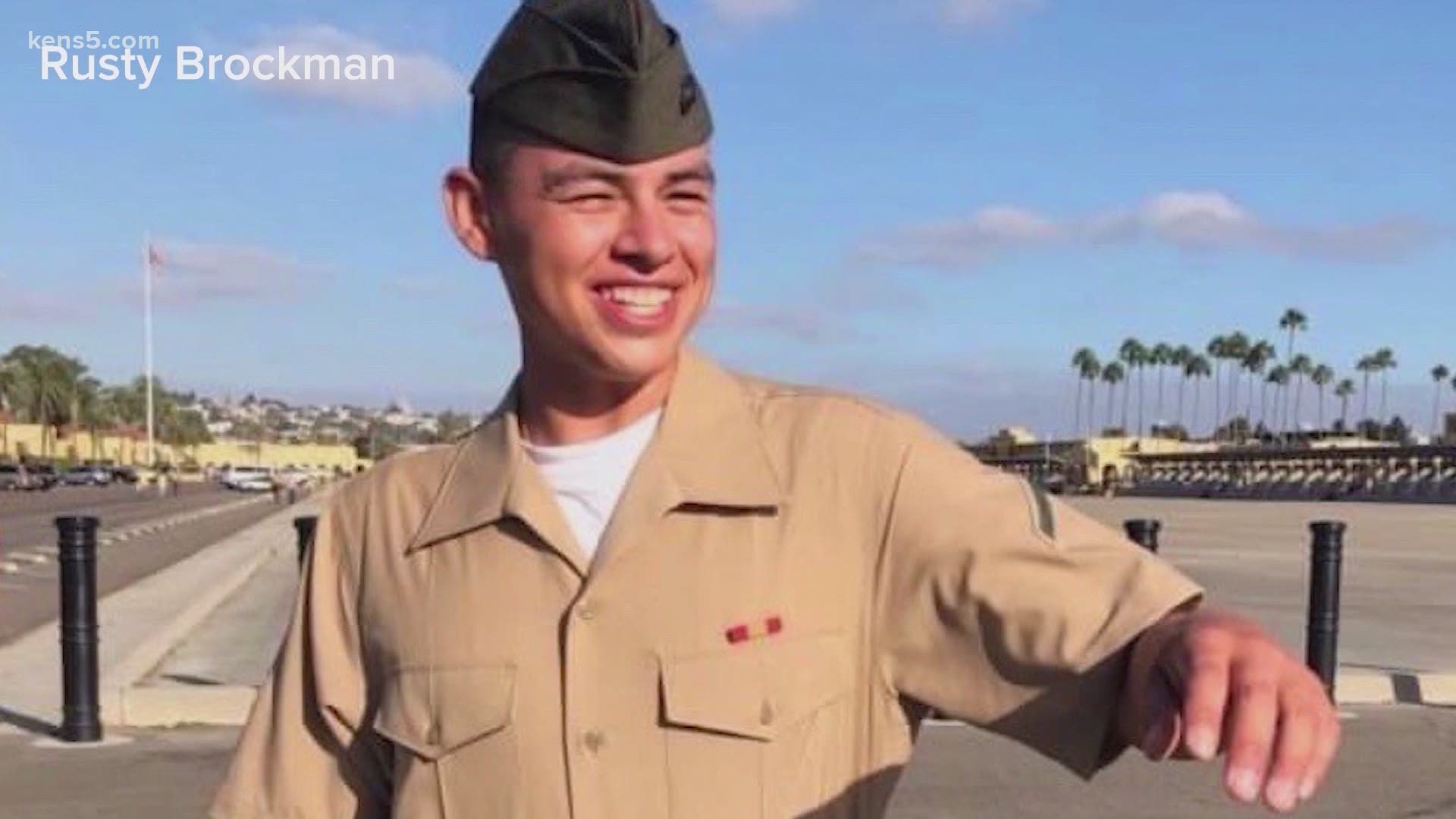 NEW BRAUNFELS, Texas — A fallen Marine from New Braunfels who was killed in a training exercise was laid to rest Thursday.

A funeral and burial took place for Lance Corporal Guillermo “Willie” Perez while the community paid its respects to the fallen Marine.

Hundreds made a point to honor the sacrifice made by the 20-year-old.

The procession from @tolchurch in #NewBraunfels to Ft. Sam Houston National Cemetery in #SanAntonio is underway. Fallen Marine Lance Corporal Willie Perez will be laid to rest. #kens5eyewitness @KENS5 pic.twitter.com/gBUqvA7G8s

The New Braunfels community lost one of their own on July 30th when Perez died during a training exercise with the Marines off the coast of California.

Perez was part of the Marine Junior ROTC program at New Braunfels High School for most of his education and graduated from the School of Choice in 2019. He also volunteered regularly, helping the New Braunfels Noon Lions Club during Wurstfest.

His body arrived in Texas on August 15th and was given a hero’s procession from San Antonio to New Braunfels.

Thursday, the same respect was given as a funeral was held at Tree of Life Church in New Braunfels. The campus offered their venue to the family who brought in their own pastor to conduct the service.

The founding pastor’s legacy made honoring heroes a priority for Tree of Life Church.

“He was actually a combat veteran, he served multiple tours in Vietnam. When they founded the church 39 years ago, he and his wife placed very high value on taking care of and honoring military members, their families, law enforcement, first responders,” said Tree of Life Men’s Ministry Pastor Rob Bellomy. “This a holy moment for us, we're believing that in and through this, this can help with the grief process and even begin to start a healing process for the family.”

Law enforcement, patriot riders, family and loved ones rode in a line after the service, escorting the casket to Fort Sam Houston National Cemetery  for a private burial.

Community members flew flags and stood in respect as the convoy passed by. The gestures served as a special tribute to the man who gave his all for this country.