'I hate cops': Why a photo of a San Antonio police officer is going viral

The photo is shining a light on the men and women in blue. 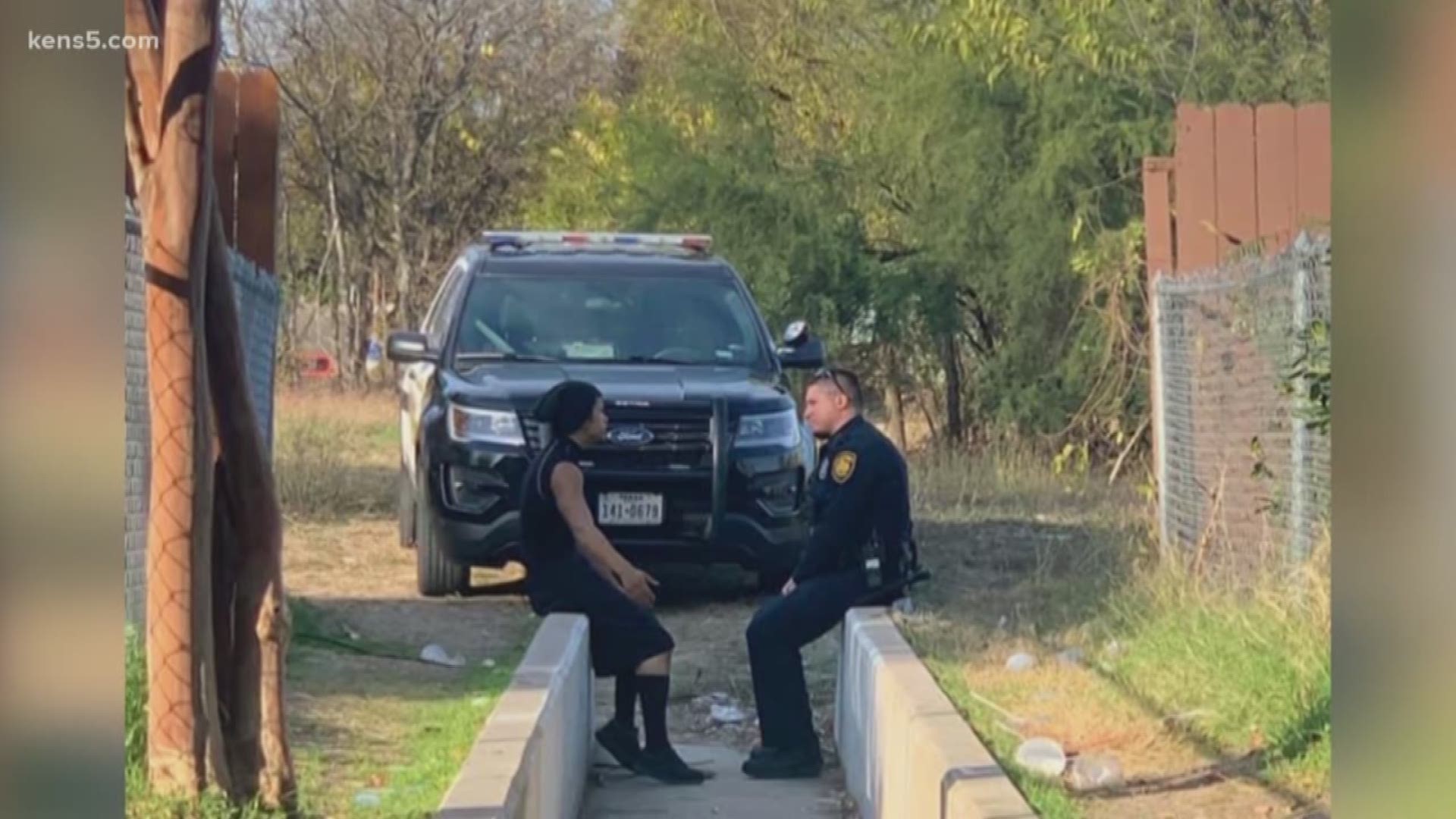 SAN ANTONIO — They say a picture is worth a thousand words.

Well, a picture posted by a San Antonio Police officer is garnering more than a thousand words. In fact, the photo has had nearly 40,000 shares on Facebook.

The picture shows Officer Josue Vallejo and a young man sitting down in a ditch talking to one another.

Officer Vallejo and his partner, Officer Marque Scahill, were responding to a suspicious persons call on the city's northwest side last Sunday.

"When I approached the scene, I noticed he was just sitting there rapidly texting someone, so I waited about five minutes before I approached," Vallejo recalled.

The young man, who was clearly upset, started to grab his things and walk away, but stopped when Officer Vallejo asked what was wrong.

"He tells me 'I'm gonna tell you the truth, I've had trouble with the law before. I hate cops. I'm a troublemaker... but I just need somebody to talk to,'" Officer Vallejo shared.

The patrolman offered to sit down with the man and talk things through.

"I remember he opened his eyes real wide and was like, 'Can we do that?' and I'm like, 'Sure. I have all the time for you right now. I'm on a call here for you. I'm here for you so we can talk about this.'"

It was during that conversation that Officer Vallejo learned that the young man's little brother had recently been killed.

"He started crying. I almost cried, too. I tried to keep the composure. I remember that's when my partner arrived."

Officer Scahill arrived at the scene and was thrown by what she saw.

She explained that it's rare to see an officer sitting down during a call because it makes them vulnerable from a tactical standpoint.

"As I approached, I could hear the gentleman talking to my partner and I soon discovered what was going on and why he was sitting down," Officer Scahill recalled.

Moved by what she just saw, Officer Scahill snapped a photo of the two men and shared it to her personal Facebook page, where it soon went viral.

Both officers were shocked by the overwhelming response to the post.

"It was one of my FTOs who called me and he's like, 'Ay bro, you're Facebook famous.' and I'm like, 'Oh? What happened?' and he's like, 'Oh, well I think your partner posted a picture of you talking to a guy,'" Vallejo said.

While neither officer expected the photo to go viral, they both hope that it shows the commonality between the men and women in blue and the communities they serve.

"It was just me, a human, talking to another man that just needed help. It was just a human to human conversation."

Vallejo also added that he hopes in the future, people feel comfortable going to police officers with their problems, whatever those problems may be.

"Connecting with the community is what this job is really about," Vallejo concludes.