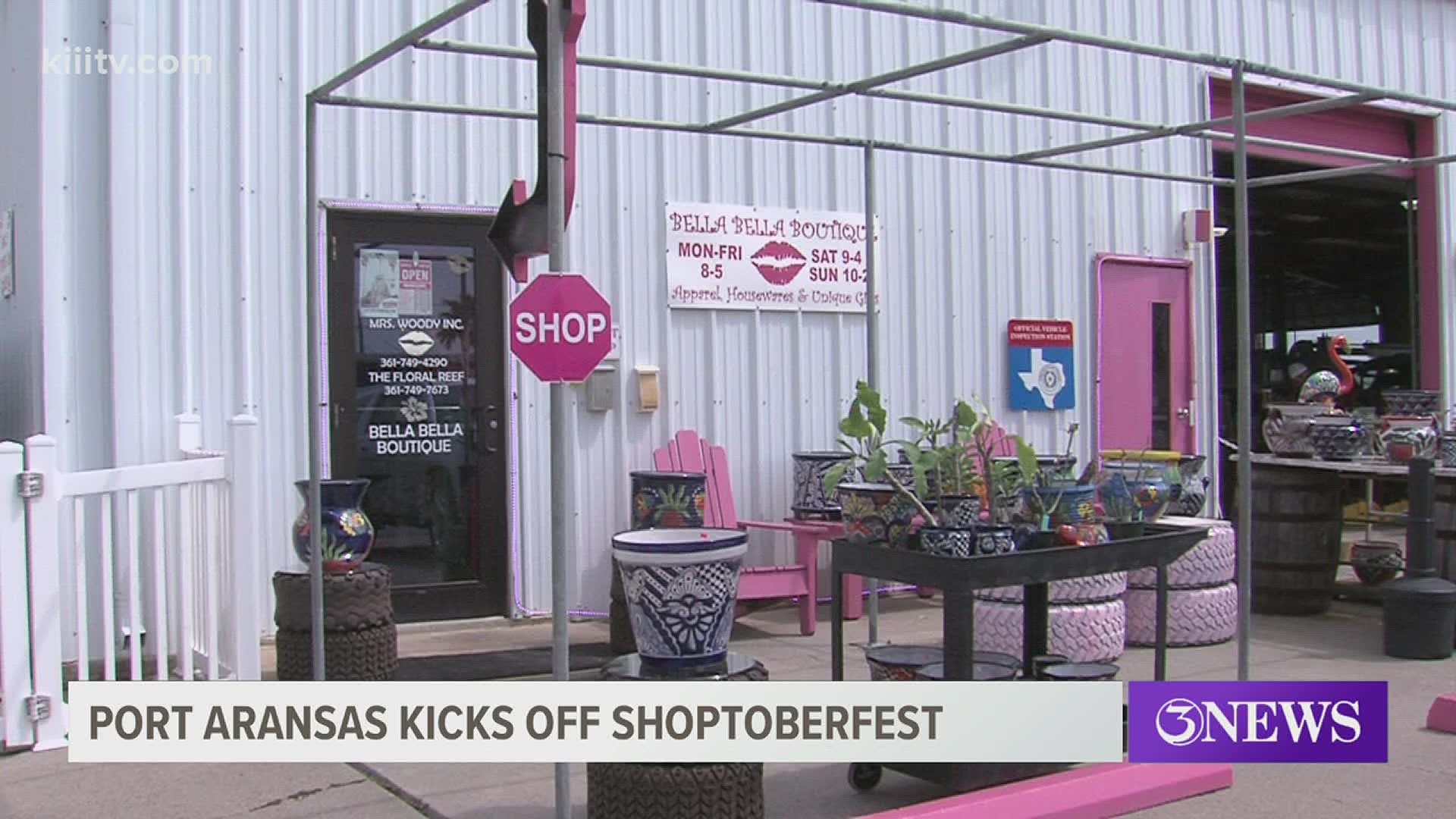 PORT ARANSAS, Texas — This weekend in Port Aransas some 35 businesses are going to be offering all kinds of deals to tourists as part of a weekend event known as Shoptoberfest.

The event showcases the city and its businesses now that the summer tourism season is over. However many business owners in Port Aransas still face a big problem with adequate staffing for the upcoming event.

"Don’t get me wrong the vast business that I’ve gotten from from all the people who come to Port Aransas have helped my business tremendously," Bell said. "But we don’t have enough people to accommodate the people who are coming which is a problem.”

Bell owns five businesses in Port Aransas. She runs a boutique, an auto shop, a wrecker service along with a self wash dog station.

The fifth business is a flower shop. Bell said she’s been able to maintain enough employees to stay open.

However, she said finding enough help is a constant problem for other business owners around town, and she believes it all has to do with affordable housing.

"Most businesses do not have enough employees," Bell said. "And it’s very hard to get people to come to Port Aransas because the cost of living here is very high so there’s no place for them to live.

Brett Stawar, President and CEO of the Chamber of Commerce and Visitor’s Bureau said that the city is working on getting affordable housing built.

One example is the Palladium apartment complex going up along Highway 361.

"So the apartments there are going to be based on income," Stawar said. "There will also be a percentage based on market rate. There will be long term leases so they will be here for a year."

Stawar added that the new apartments will provide a way for residents to work and live in Port Aransas simultaneously.

"It can really create a place to work where people who want to work and live in Port Aransas can do so,” Stawar said.

While Port Aransas continues to build more affordable housing to attract workers to fill available jobs, business owners hope that individuals will stop by  “Shoptoberfest” which starts Friday and runs through Sunday.