Remembering the lives lost to the coronavirus in the Coastal Bend

While we've been hearing about the number of cases every day for more than a year now, each case means one life. 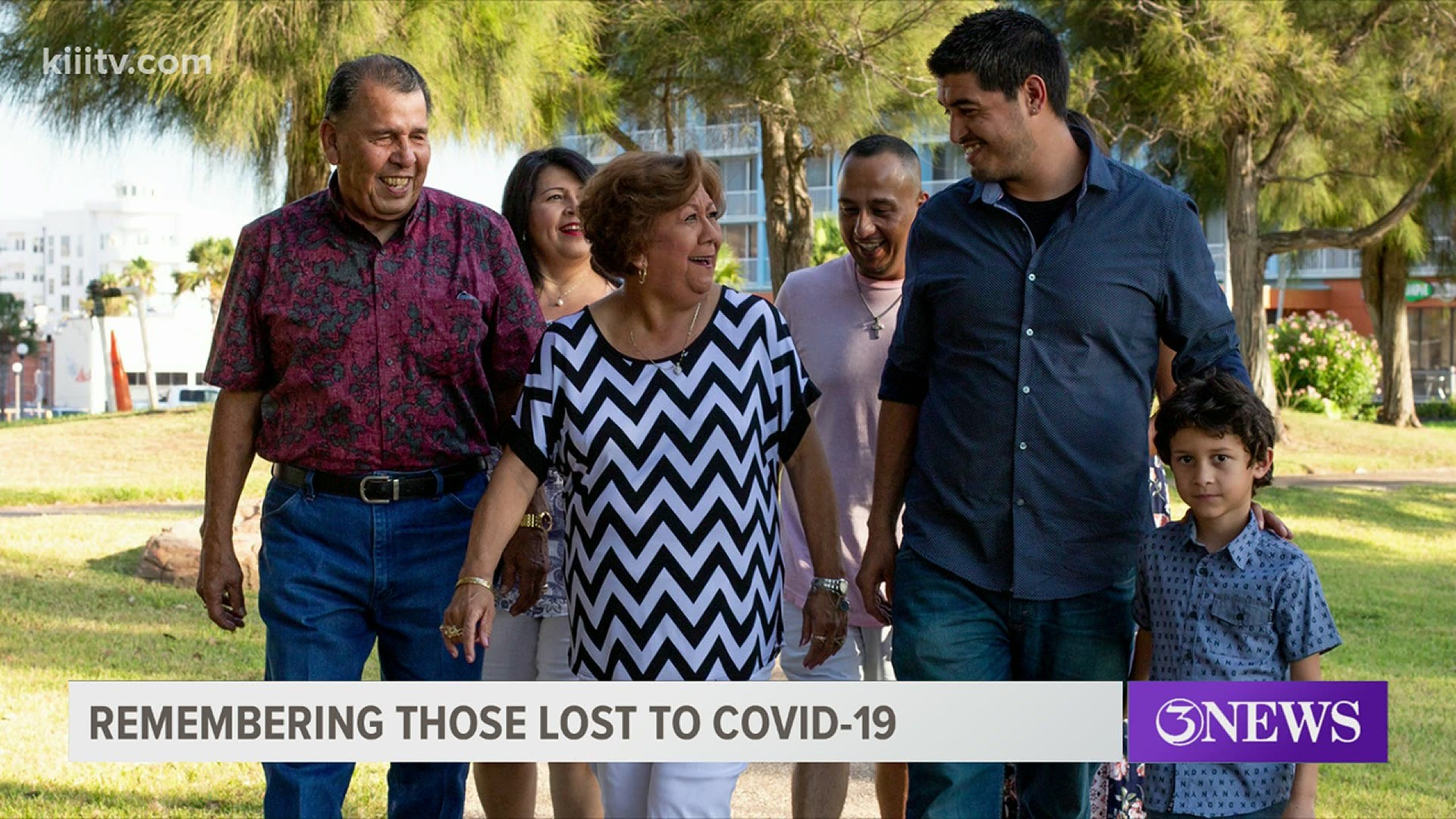 NUECES COUNTY, Texas — Some coronavirus milestones are being marked today. Nationally, the death toll has just surpassed 500,000 people. Here in the Coastal Bend, the number of people lost to the virus has just gone over the 1,100 mark.

No one could imagine this time last year what 2020 would bare for us. But for the families of those whose lives were so suddenly taken from us, they have their memories, their own most personal stories to share.

66-year-old Manuela Mejia was a full time nurse. Her patient was her husband who'd been paralyzed by a stroke. One day last year, she suffered a massive stroke and was hospitalized and died in August 2020. She left behind her husband, her son, his wife and two grandchildren.

Glenna Fay Warnecke was just a month shy of turning 92. She'd been in isolation from her family and friends, being confined to her room for seven months in a nursing home. Her daughter Teresa said the family's not sure if she died from COVID-19, but she no doubt was never able to hug and say goodbye to her loved ones.

On June 24, Steve Peralez was transported to the emergency room after having trouble breathing and a fever. Coincidentally, his wife, Mary, of 47 and a half years, had been in the ER a week before him. She was being told by doctors that had she not gone in, she wouldn't have made it.

"Jito" as she called him was not as fortunate. He had great faith in God and fought hard. But on July 3, Jito called his wife and said two words, "I'm blessed." He passed shortly after that.

Just two days before Thanksgiving, Elivia Mondragon passed away at age 84. She was preceded in death by her husband 40 years earlier, her son just two years ago. She leaves behind her daughter, Leticia, who said her mom was her best friend, her world.

In January, just days shy of her 70th wedding anniversary, Idolina "Ida" Castillo passed away from the virus. She and her husband had both tested positive and were in isolation at home. She was rushed to the hospital with difficulty breathing. She leaves behind a daughter and two sons, and several grandchildren. Ida was also my aunt.

So you see, while we've been hearing about the number of cases every day for more than a year now, each case means one life. Each life touching many others. Each life gone, leaving an emptiness.