An Atlanta dancer got into Juilliard. Now comes the hard part.

Xavier Logan has a chance to follow his dreams of dancing at the Juilliard School. But the work isn't over. He still must raise money to get there. 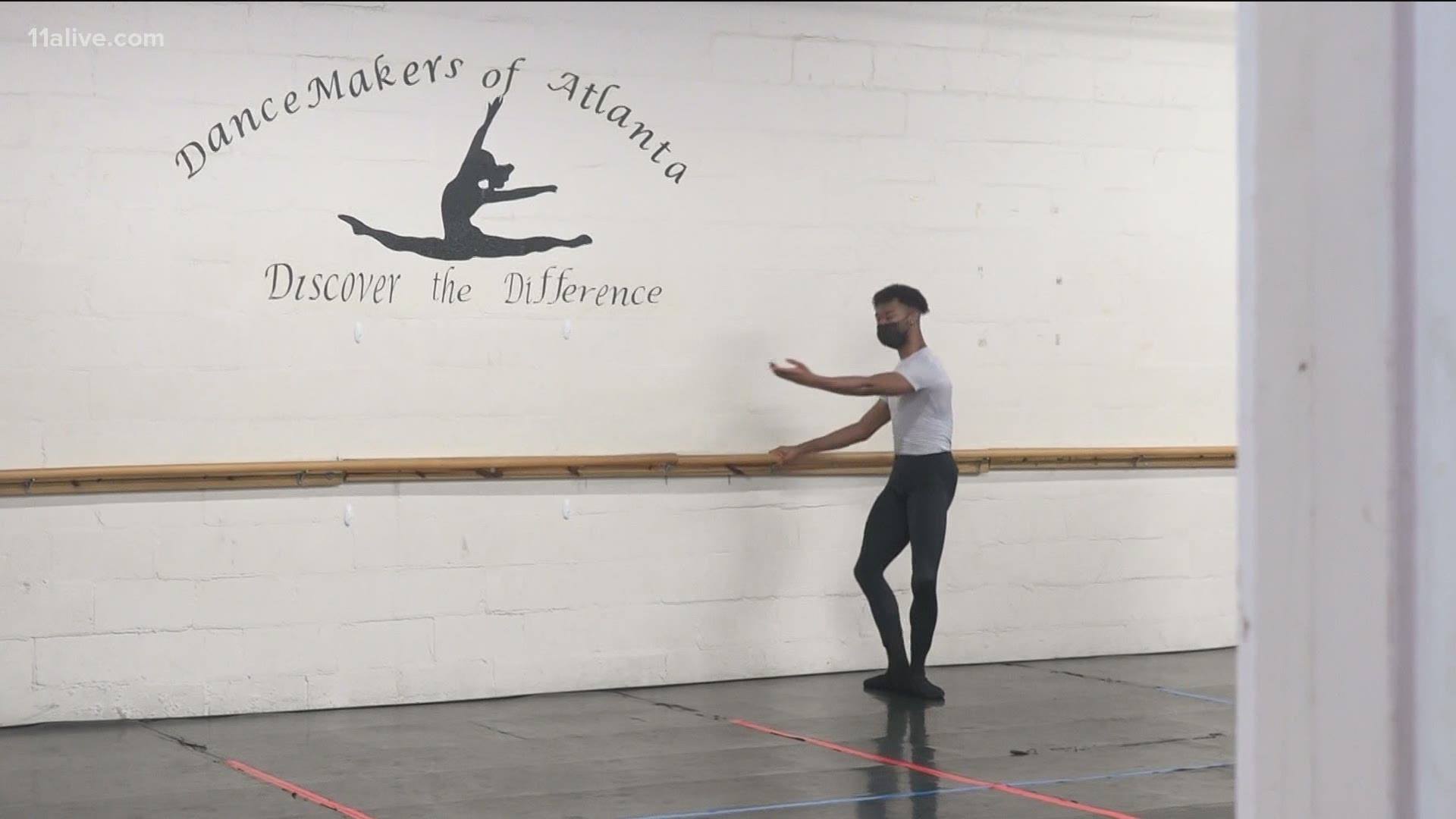 It's an exciting time as students begin collecting their caps and gowns and celebrating all they have achieved.

For Xavier Logan, it seems like the work is just beginning.

"I'm born and bred in Atlanta," Logan told 11Alive's Liza Lucas. "I'm a dancer, but I don't like to just limit myself to dancing. I'm a singer, I'm an actor. Anything under the moon."

It was at a young age that Logan found himself drawn to the spotlight, which as he explained, was a different path than expected.

RELATED: EXPLAINER: Why Broadway is waiting until fall to reopen

"Because my dad was a football player and my mom was a basketball player," he said. "They thought they were going to have a son into sports... and that didn't happen for them."

Instead, dancing around the house turned into time spent at dance camp and ultimately, hours spent at local dance studios and competitions.

"I noticed him instantly," teacher Brittany Fleet of DanceMakers of Atlanta said. "He's known for his hard work, his consistency. Everything he has, he's worked for."

But despite Logan following his heart, he was, at times, met with resistance.

"I lost family members and certain friends who decided not to be close to me anymore," Logan said. "They were like 'you can allow him to dance as long as he's not gay,' and now that I'm both, I had to take a moment back and really figure out am I doing my family justice?"

"My father and mother have sacrificed a lot in order for me to be here," he added. "There were a lot of moments I didn't know if I could be dancing."

Despite personal obstacles, Logan never gave up, and his persistence is now paying off.

The soon-to-be graduate was offered $1.4 million in college scholarships with more than a dozen acceptances, before Logan decide to claim his spot with the Juilliard School in New York City.

"He definitely put the work in.," Denise Latimer, managing director of DanceMakers of Atlanta said. "He's always setting a goal that's high and he's reaching for it everyday."

His next goal is making Juilliard a reality.

Logan said he's received $50,000 in annual scholarship money from Juilliard, yet he still has to raise funds to cover the remaining costs.

But he's not deterred from following his dreams or taking his own advice.

"Put in the work. You'll walk away knowing you worked your hardest for it," he said.