Just hours after firefighters extinguished the flames, a 20-year-old man was arrested 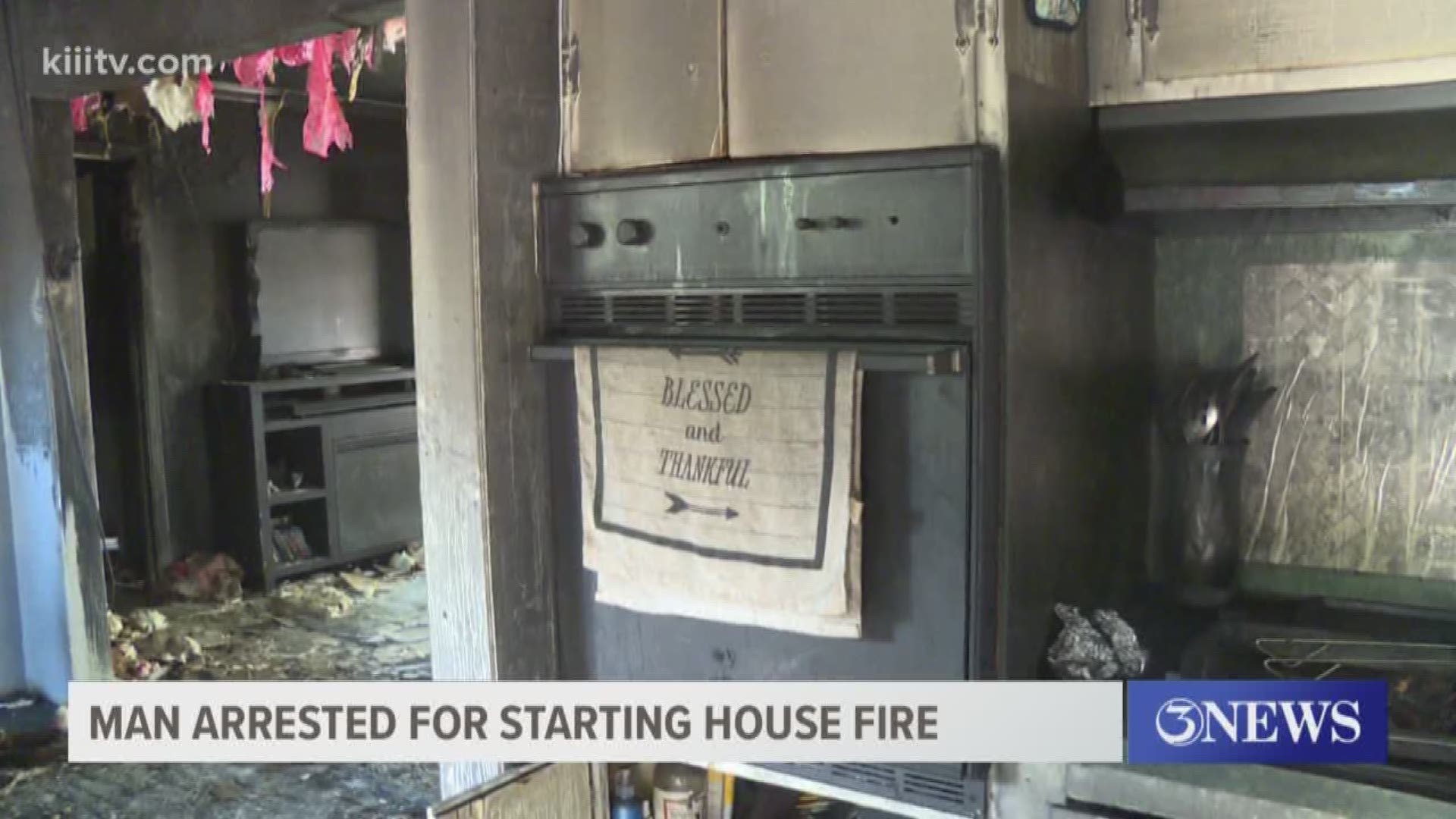 CORPUS CHRISTI, Texas — As Ashley Wilkey and her three children fell asleep on Saturday night, one of her sons suddenly smelled smoke. She said he rushed to the back of their home on West Cornelia Circle, were he found flames in their attached greenhouse.

"He was screaming that there was a fire, for everyone to get out and thank God we got out in time, and got my dog and all made it out in time," she said.

The fire demolished the back of the home and spread to inside bedrooms, the kitchen and living room. Water was still dripping from the ceiling hours later, on Sunday afternoon, where firefighters put out the flames.

After the initial shock of watching their house go up in flames, Wilkey looked through her Ring Camera's footage. Just minutes before the flames were reported, a man was seen entering and leaving their backyard.

Wilkey said someone found a wallet near the back of the home which belonged to 20-year-old Salatiel Guajardo Jr., the same man who was arrested on charges of arson with intent to damage a habitat. He is being held at the Nueces County Jail with a $150,000 bond.

"Why someone would do something like that? Now what am I gonna do?" Wilkey said.

The home has been in Wilkey's family for generations, she said it was passed down to her from her mother. She estimated they've had it for nearly 50 years. Now, she, along with her family, will face a tough decision: to demolish the beloved home and rebuild.

"It's pretty heartbreaking to know that somebody would do that with kids inside the home i mean regardless lighting a fire at a house knowing there's people trapped inside, that's heartbreaking."

Wilkey said they lost nearly all of their belongings including basic necessities and clothing. On top of that, the home was not insured. Family members have set up a GoFundMe to help the Wilkeys in their time of need.