A family is picking up the pieces after their entire home caught on fire Saturday evening. 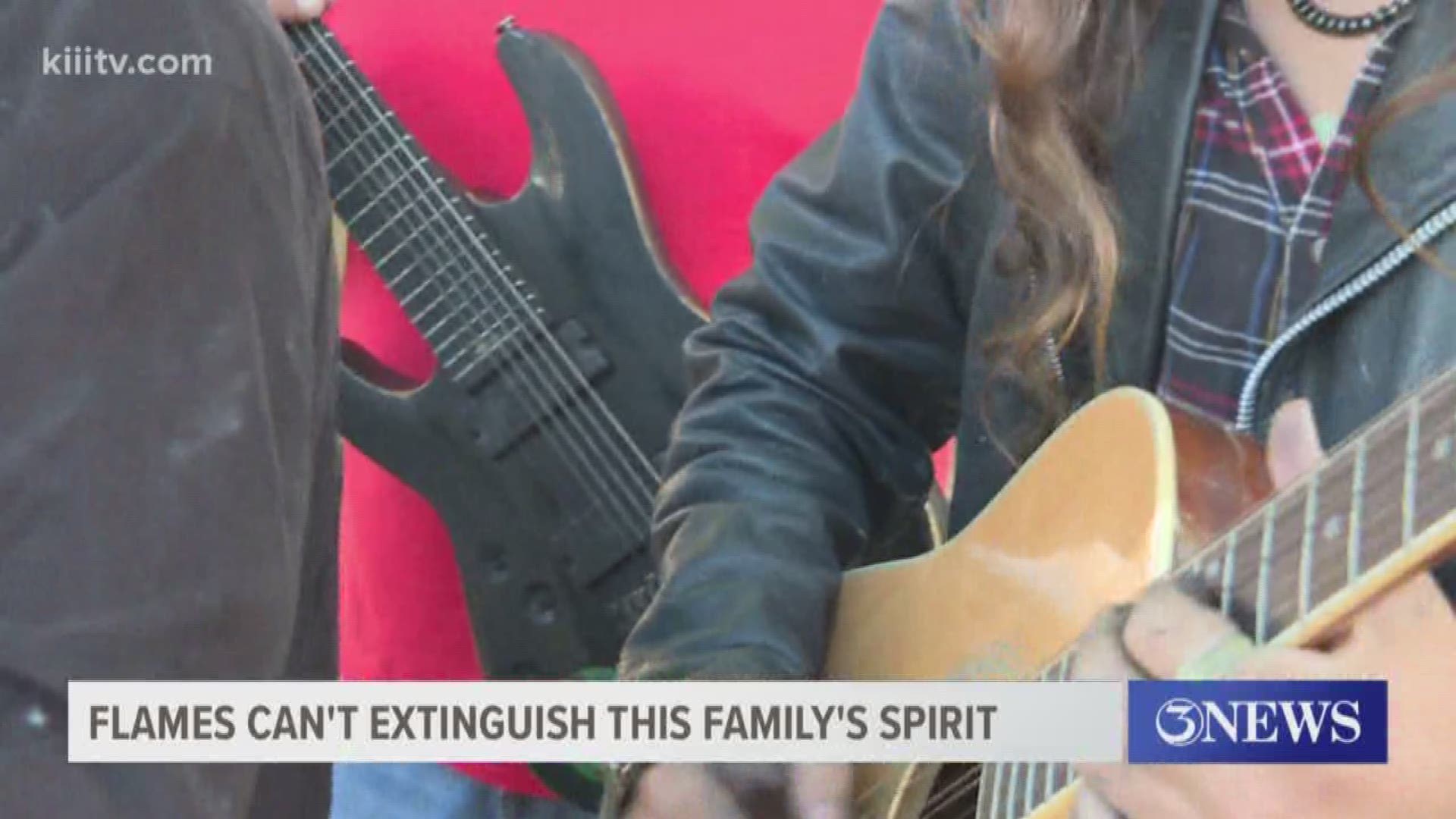 CORPUS CHRISTI, Texas — A family is picking up the pieces after their entire home caught on fire Saturday evening.

The night he and his father lost their home of 16 years.
He said they had family and friends over for a barbeque and they started smelling smoke that wasn't coming from the grill.
That's when Ramon said he ran to the back of the house and saw his room was on fire.

“At which point I ran out of the room, through the hallway and told everyone to call 9-1-1 and get out,” he said.

He said his father is an award-winning Tejano artist and he followed in his footsteps as a musician, so the house was equipped with a state of the art studio and he couldn't bear watching all of their hard work go up in flames, so he went back in the blaze.

“I grabbed the computer,” Ramon Jr. said. “Took the time to hold the computer here and felt around for the external hard drive and made out the house with it right before it became completely engulfed in flames.”

While the aftermath looks devastating the Ramon family is in high spirits making do with what they have.

“I might have lost the material things, but I have my son alive and well and I'm breathing so what else can I ask,” Beto Ramon Sr. said. “Everything else can be replaced.”

Family and friends have volunteered their time and homes to help the Ramon’s until they get back on their feet.

“Great friends like the ones we have. It makes it bearable, and we will rebuild, and we will stay in Corpus Christi, Ramon Sr. said. “In Jesus name by the grace of God.”

Firefighters say they believe the fire was started by an electrical spark.

Here's how you can help.