School board members voted to postpone the payout based on the idea that teachers were entitled to more money than certain other employees. 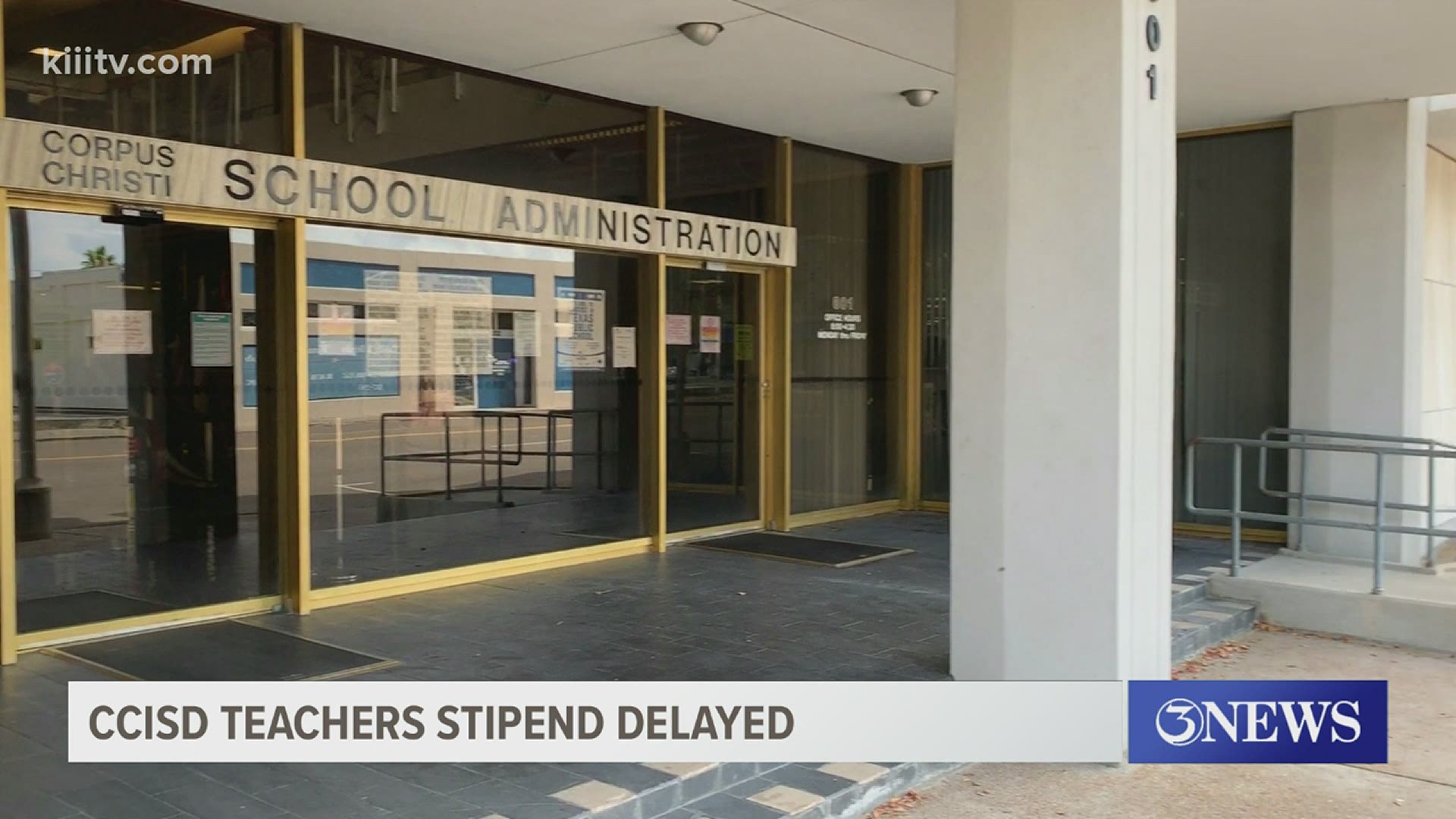 CORPUS CHRISTI, Texas — CCISD employees who thought they would be getting a financial boost in the form of a one-time stipend will have to wait a bit longer.

There were enough school board members who voted to postpone the payout during Monday night's meeting. The move to wait was based on the idea that teachers were entitled to more money than certain other employees.

"I think it's wrong. I think it's totally wrong," said Susie Luna Saldana, the founder of C-CAUSE.

C-CAUSE is a local teacher and school employee organization.

Saldana said the stipend that would have put extra money in pockets of all CCISD employees just in time for Thanksgiving.

"Especially we are going through the virus and everything else. We had people who were very excited. They had told us the minimum given out would be 500 dollars," said Saldana.

Here's a look at what exactly was proposed during Monday's board meeting.

The stipend would be 2% of pay range mid-point for all employees. That translates to an estimated $1200 extra bucks for teachers.

There would also be a minimum payout of $500 dollars for those who don't earn as much.

"500 dollars to a cafeteria worker, a custodian, is a lot of money," said Saldana.

The money would come from a remaining $4.6 million dollars in excess funds the district has from the 2019-2020 school year.

However, school board members Marty Bell along with Alice Upshaw Hawkins believe teachers deserve more money from the pot. The trustees suggested a 3 percent stipend for teachers and 1 percent for everyone else.

"The reality is at the end of their shift the custodians go home and they don't have to worry about their shift. Cafeteria people are the same way. Our teachers right now at 4 when they go home, they are still going to put in a large amount of time when they prepare," said Marty Bell.

"The lion's share of what we do as a district falls at the feet of our teachers," said Hawkins.

School board president Janie Bell said other employees have also put in 100 percent during the pandemic.

"Let's not forget how hard our custodians and food service have been working alongside everybody," said Janie Bell.

Superintendent Dr. Roland Hernadez added that they did a step increase for teachers early on with the budget.

"And the only ones who had those step increases were teachers. That didn't go to custodians, maintenance, or food service. They didn't get any of that. This would be on top of that," said Dr. Herandez.

Ultimately, the board postponed talks which means it will now be December before employees will see any stipend, that's if the board approves the measure.

We're told school trustees will consider that action item again at their next meeting on November 9.