Surveyors have been out during the week and some materials are being stacked on the construction site. 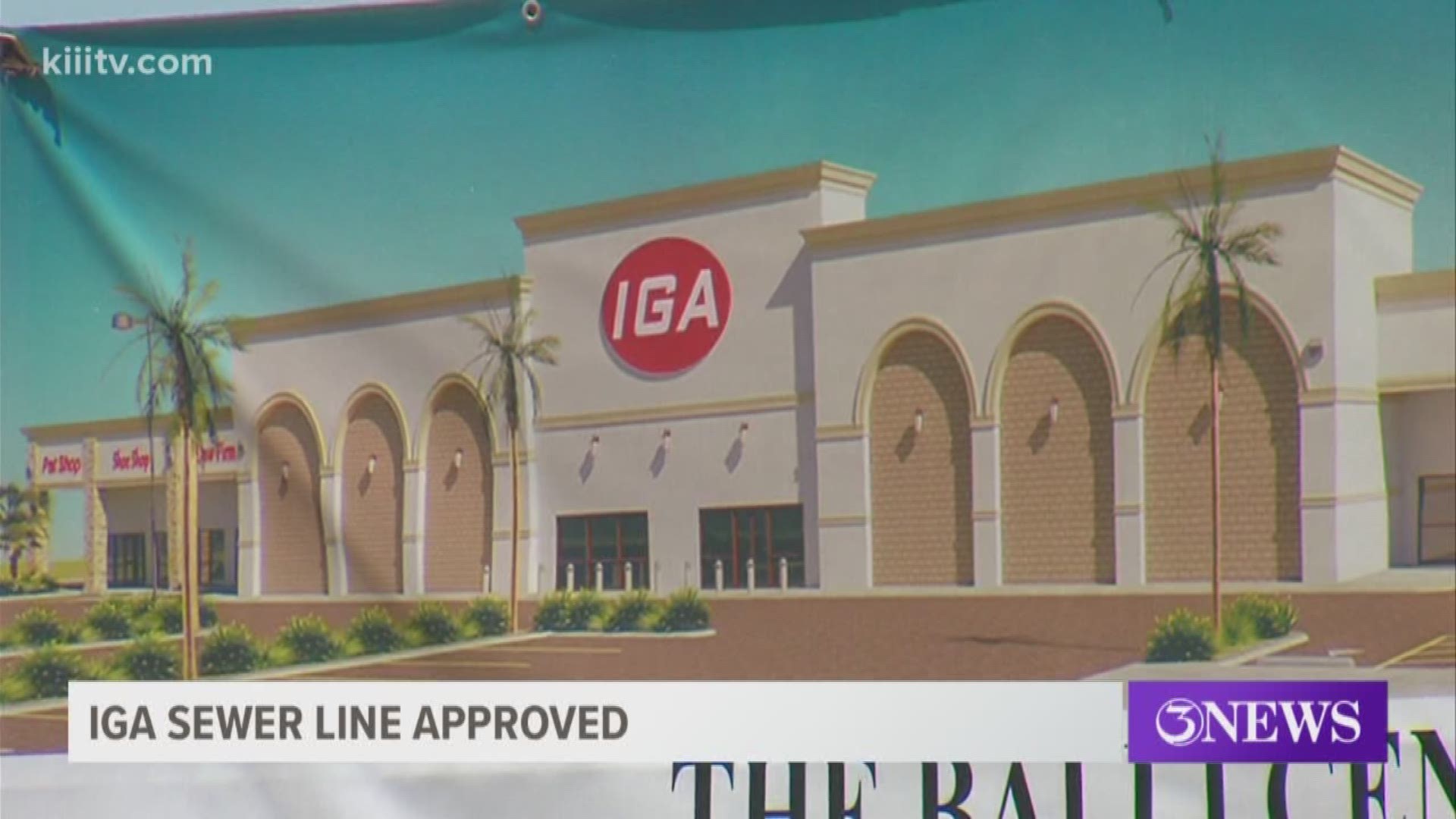 Council agreed to partially fund a wastewater line being built not only for the store but also for the strip center that it is located in, and also for the future development of land next to the project. The IGA Grocery Store project has been in the making for four years and is already under construction after getting building permits earlier in August.

Surveyors have been out during the week and some materials are already being stacked on the construction site.

City Council voted Tuesday to use around $900,000 from the wastewater trunk system trust fund to partially pay for a 24-inch pipe instead of the four-inch pipe required for the store. According to Councilman Greg Smith, having the store run the larger pipe will allow for homes and businesses to be built on two nearby sections of land.

Currently, no sewage connections exist for 1,700 acres in that location.

"The Island sewer system is a little bit overtaxed right now, and there's a couple of large tracts. One's 1,100 acres, and the other is 600 acres. They don't have that capacity. So when those are developed out, they're going to be going down those pipes we approved," Smith said.

The trust fund is funded by builders and developers that are outlined in the Island's area development plan.

The 18,000 square foot grocery store is expected to be up and running by as early as summer 2020.