Anyone with information should call Houston Crime Stoppers at 713-222-TIPS. 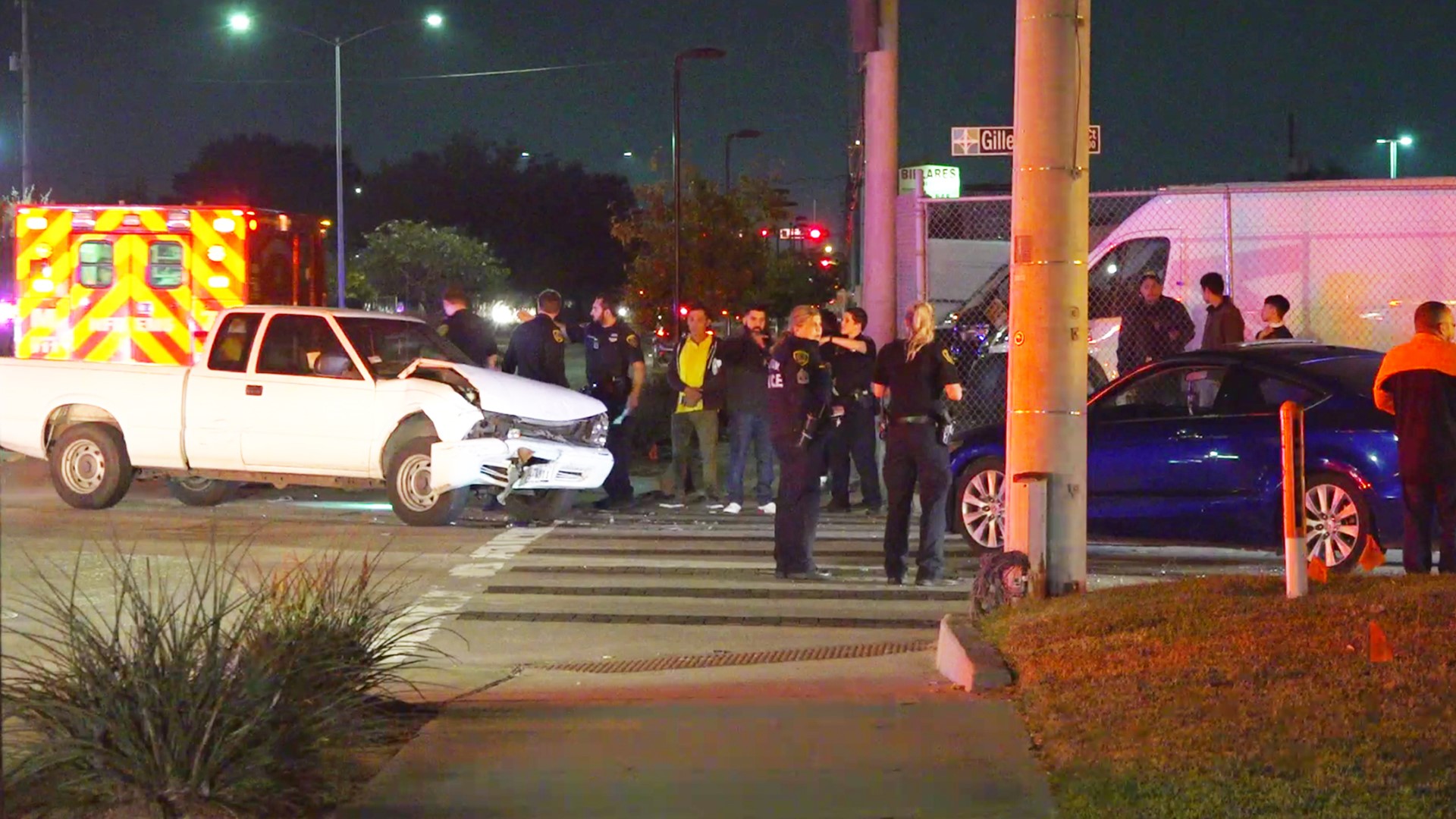 HOUSTON — Investigators with the Houston Police Department responded to a possible case of road rage that led to two crashes and gunfire overnight.

The victim has not been located.

It happened before 9 p.m. Sunday in the 11800 block of Airline near Gillespie.

Witnesses told police a man in a blue sedan was being chased by two suspects in a white vehicle. While trying to get away, the man crashed into a white pickup truck. The suspects got out of their vehicle and shot at the victim with a shotgun before possibly kidnapping him, police said.

Another driver in the area heard the gunshots and sped up to flee before crashing into a silver Ford Mustang. A passenger in the Mustang was taken to the hospital because of the crash.

Police said so far they have not found the man who was allegedly shot at and kidnapped. There were signs of gunfire around his vehicle, but there were no indications he was actually shot, police said.

Anyone with information should call Houston Crime Stoppers at 713-222-TIPS.