16-year-old Zechariah Lemmons is now being held at the Nueces County Jail. 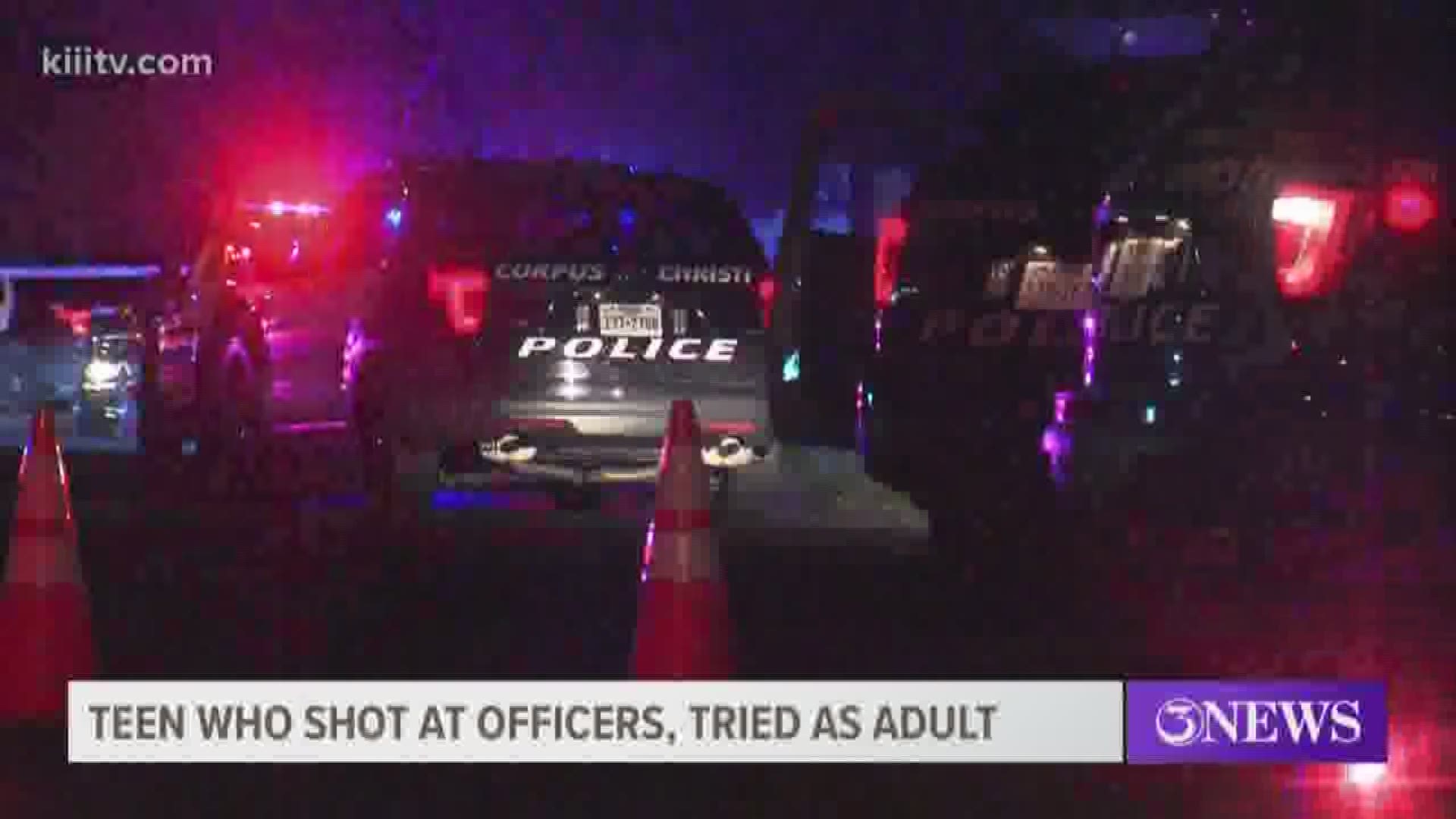 CORPUS CHRISTI, Texas — A 16-year-old male accused of shooting at Corpus Christi police officers will now be tried as an adult, according to court documents.

It was back on May 3 when police said they responded to a suspicious group of teens in the area of Cuiper Park, near Gollihar. When they arrived at the scene, police said Zechariah Lemmons began shooting at one of the officers, causing a second officer to return fire.

Lemmons and two other suspects were caught shortly after the shooting.

The Corpus Christi Police Department officers were placed on paid administrative leave, as is department policy following an officer-involved shooting.

"We also checked with all the residents just to make sure everybody was safe. That no other individual was struck from the suspect discharging firearm," Lt. Michael Pena said following the shooting.

Lemmons is now being held at the Nueces County Jail.