31-year-old Marcus Topsy found in Austin. Topsy had a murder warrant for his arrest from the shooting in the La Armada housing complex on July 23.

Topsy is believed to have been involved in the death of 34-year-old Joseph McFarland. 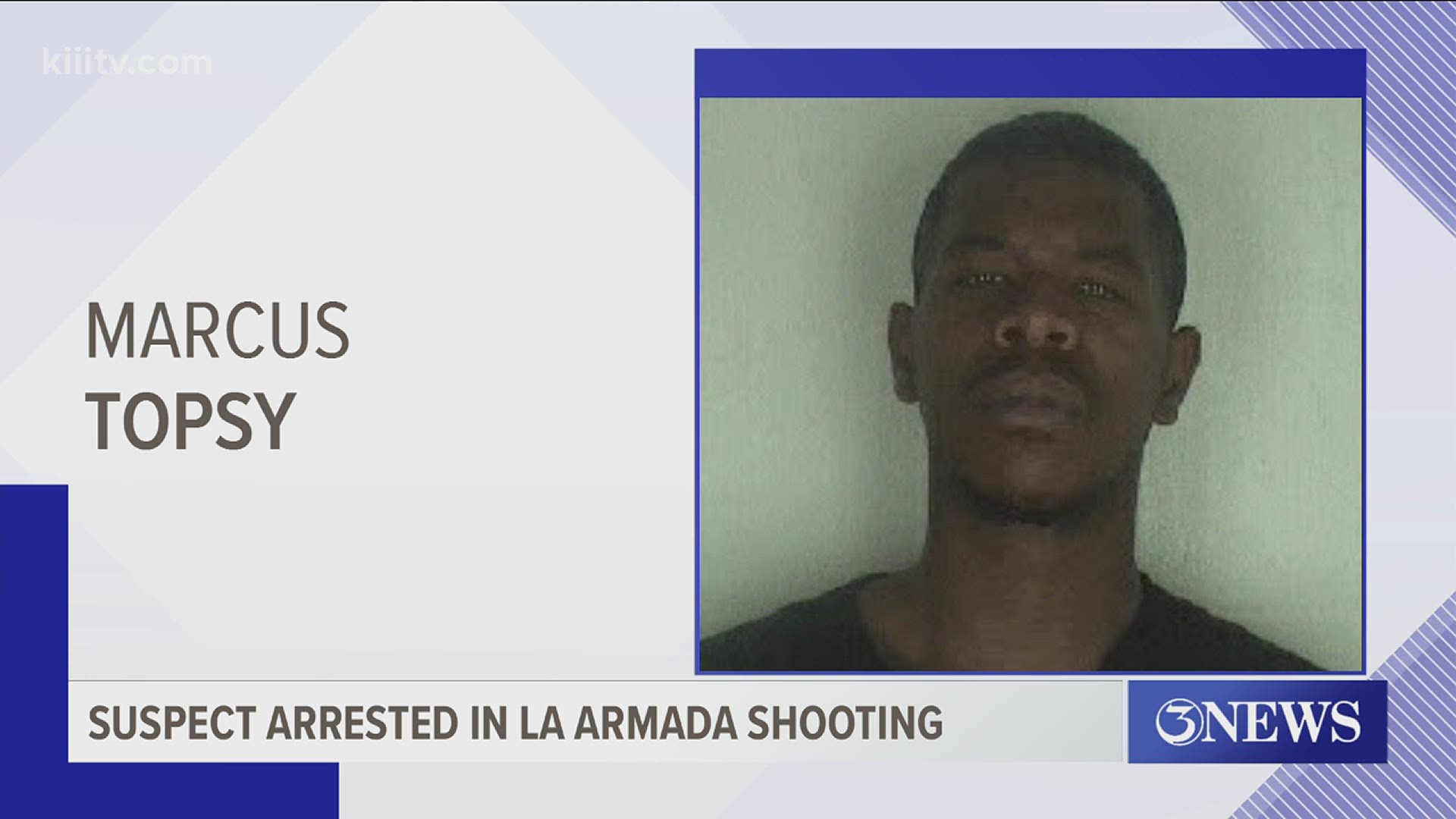 Corpus Christi police say Topsy had one outstanding warrant for Murder on a $1M bond from the incident that occurred on July 23 in the 3700 block of Rojo.

Topsy is believed to have been involved in the death of 34-year-old Joseph McFarland.

According to the Nueces County Medical Examiner's Office, McFarland was the victim of the fatal shooting that happened around 8:15 p.m. along the 3700 block of Rojo Courts in the La Armada housing complex on July 23.

McFarland died at the hospital as a result of gunshot wounds to the trunk of his body.

Police say two men were arguing when it escalated into a fight. Another person at the location pulled out a gun and fired several shots at McFarland.