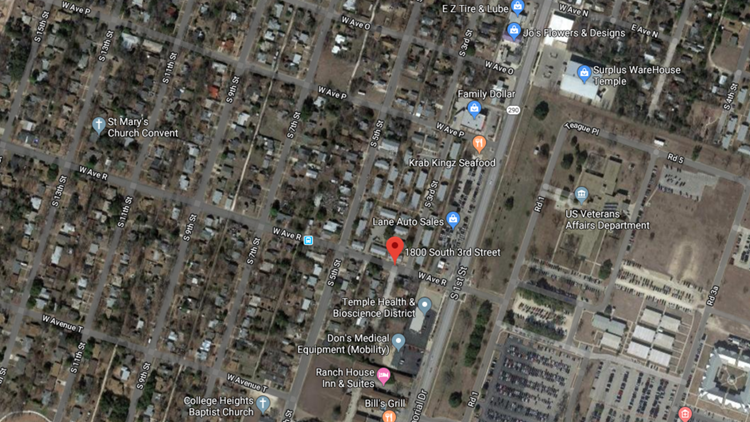 Photo by: Google Maps
Temple police are investigating after a woman reported that her 5-year-old grandson was almost kidnapped on Sept. 29, 2019 near a Family Dollar.

TEMPLE, Texas — Temple police are investigating after a woman reported that her 5-year-old grandson was almost kidnapped Sunday.

Officers were called just after 10 p.m. to the 1800 block of South Third Street for an attempted kidnapping.

The woman told police that she and her grandson were at a Family Dollar at 1510 South First Street when a silver vehicle pulled up beside them. She said a man wearing a black hooded sweatshirt got out of the silver vehicle and walked up to her vehicle. The man reached into the back seat and tried to pull the child out of the vehicle, but was unsuccessful, the woman reported. She drove away from the kidnapper, she told police.

Police said it was reported that the kidnapper’s vehicle had multiple people inside, one who appeared to point a long gun out the window as the woman drove away.