There were narcotics insight and K9 alerted other officers to a safe located inside the motel room at Scottish Inns. 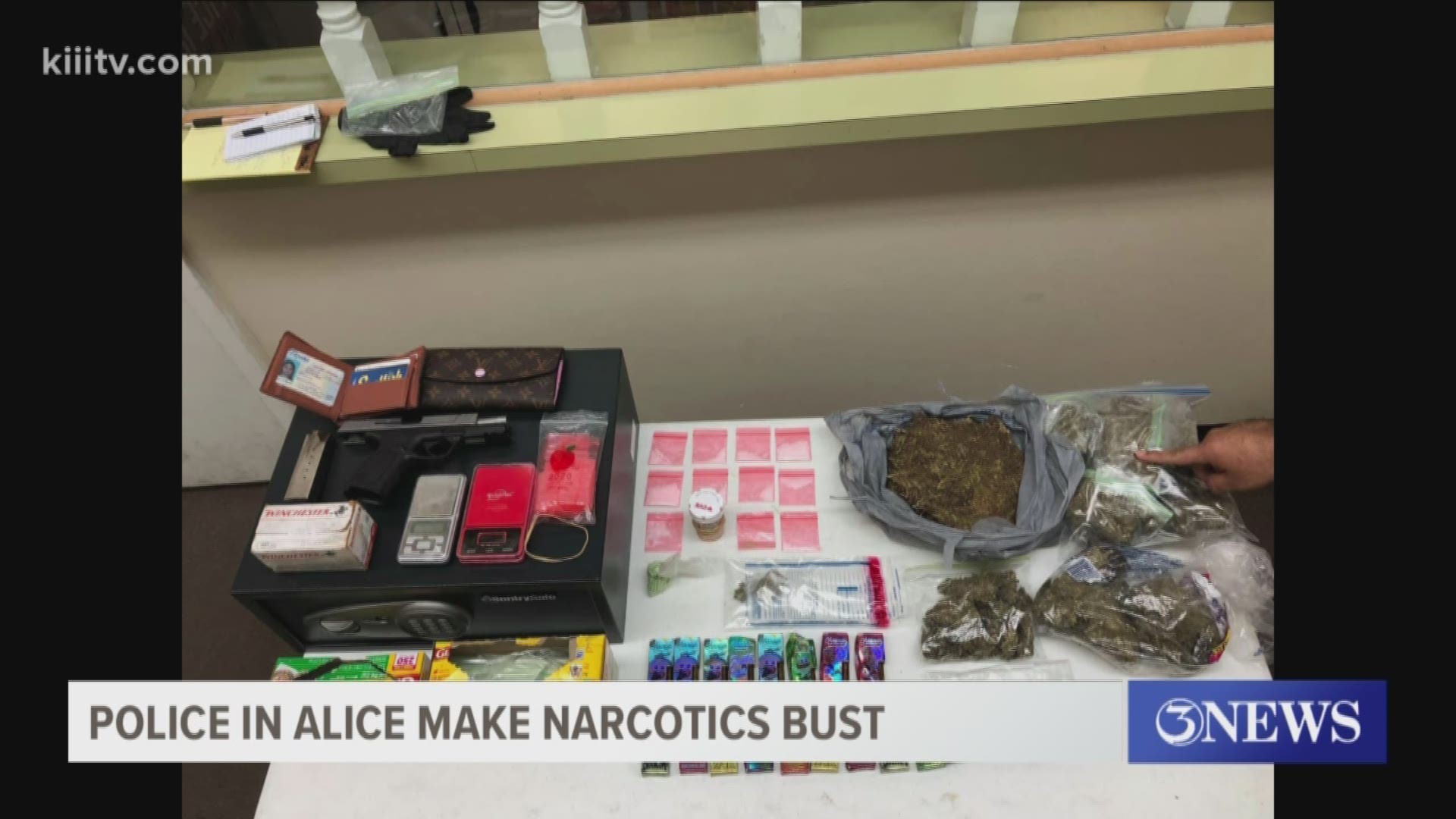 ALICE, Texas — The Alice Police Department was called to the Scottish Inns in reference to a group of people that did not check out from their motel in time.

When officers arrived, they knocked on their motel room door and an unknown occupant answered.

According to officers, a strong odor of narcotics came from the room and officers then rushed in.

Alice Police Officers say that four individuals were apprehended from the motel room, including two females and two males.

There were narcotics in plain view, and a K9 alerted other officers to a safe located inside the motel room.

Investigators collected the safe, along with the four individuals that were arrested.

After a warrant was granted, officers accessed the safe and found a ".40 Smith & Wesson Pistol with ammo, approximately 50 Xanax, approximately 40 grams of cocaine, approximately 4 pounds of marijuana, 2 scales, 17 cartridges of THC oil and $1,100 in cash."

The Alice Police Department took to their Facebook page on February 8, at 11:44 p.m., to announce the arrests.

The names of the suspects have not been released, according to APD.

This is a developing story, and 3News will keep you updated as more information becomes available.