Two males are at large after stealing a woman's cell phone and wallet and fleeing on foot. 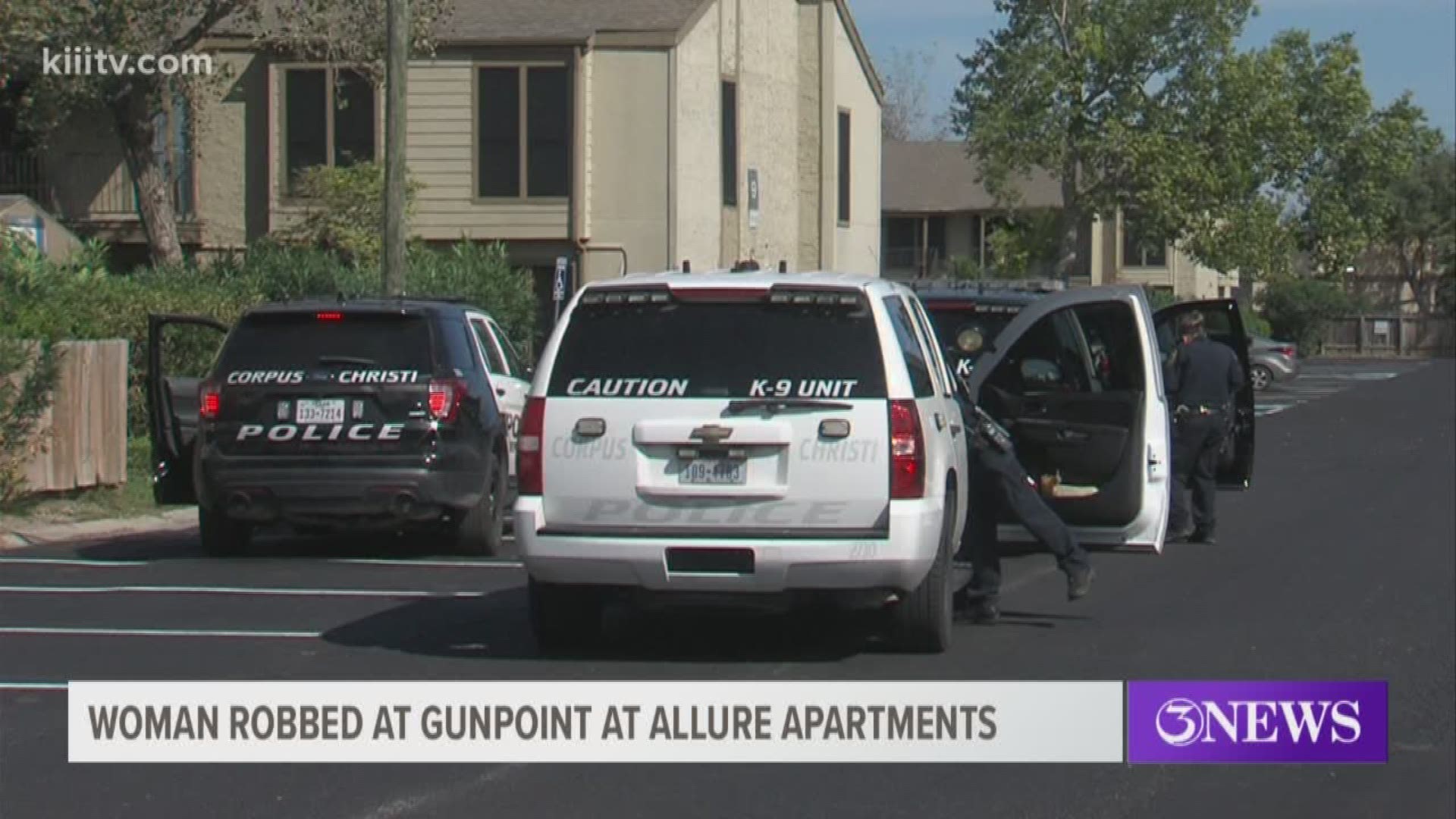 CORPUS CHRISTI, Texas — Corpus Christi police are looking for two men who reportedly robbed a woman at the Allure Apartments in the 6600 block of Everhart Road Wednesday.

Police said the robbery happened at around 10:15 a.m. Wednesday and the ensuing search for the suspects prompted precautionary lockdowns to be put in place at nearby schools.

The victim told 3News that she and her baby were at the apartments when two men armed with a gun came out of some bushes and demanded her cell phone and wallet. She gave them the items and they took off on foot.

Corpus Christi police were called to the scene and brought in K-9 units to assist in their search for the men.

At around 10:30 a.m., police requested that nearby schools be placed under lockdown as a precaution as police searched the vicinity for the suspect. The Corpus Christi Independent School District placed Dawson Elementary, Club Estates Elementary and Grant Middle schools under lockdown.

The lockdowns were lifted at around 11:10 a.m. Wednesday.

Police said the suspects are still at large. Both were described as white males between 15-21 years of age. Both wore dark colored hoodies. Only one was armed.

If you have any information regarding this crime, please call the Corpus Christi Police Department at 361-886-2600.