Travis County man accused of throwing baby against a wall while 'blacked out' on Xanax, affidavit says

The baby was found dead in an apartment on Anderson Mill on July 19. 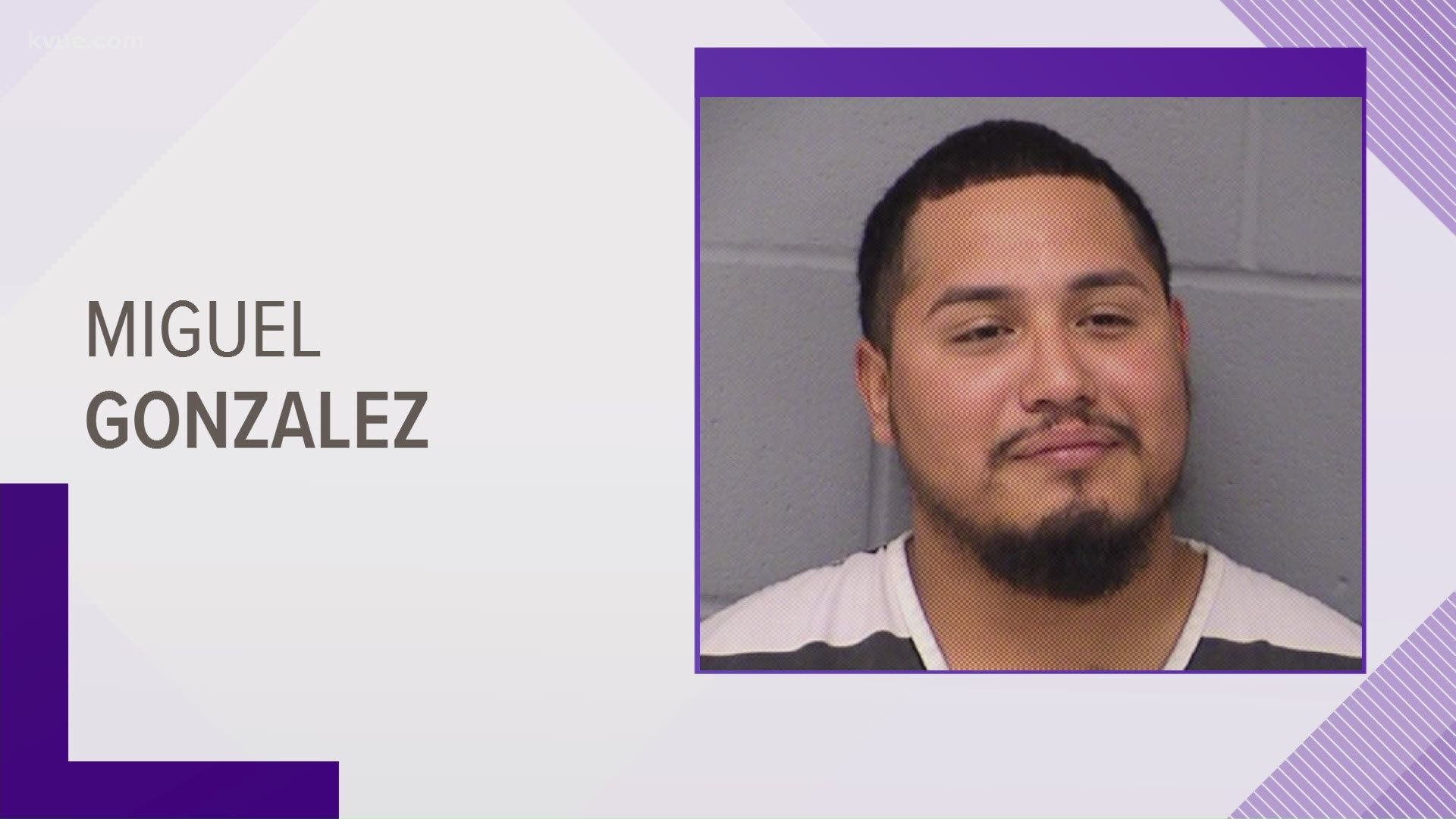 TRAVIS COUNTY, Texas — New details have been released surrounding the death of an 8-month-old baby in a Travis County apartment over the summer, according to Cedar Park police.

Miguel Angel Gonzalez, 25, was arrested on Dec. 2 and transported to the Travis County Jail. His arrest stems from a service call on July 19 from an apartment on Anderson Mill reporting the child's death.

Police said that though Gonzalez is not the child's biological father, he did live with the mother and considered himself the stepfather.

According to an arrest affidavit, the first officer to arrive heard yelling coming from within the apartment around 9:35 a.m. Once inside, police said the child's mother was holding the baby to her chest and that Gonzalez was yelling that the baby was not breathing and she needed help. The mother then placed her on the ground and Gonzalez attempted CPR.

Police said the baby's back was cool and stiff to the touch. The Cedar Park Fire Department then took over life-saving efforts, however, she was pronounced dead at 9:46 a.m. Medics advised that they believed she had been dead for a period of time before their arrival.

When she left that night around 9:30 p.m., Gonzalez said he was playing video games and watching TV with a neighbor. He also said he fed the baby between 9:30 and 10 p.m. and that he eventually went to sleep after placing her in her pack-n-play crib.

Gonzalez reported that he was awoken around 9:30 a.m. by the 4-year-old because she was hungry. He then went to check on the baby and noticed that she was face down in the pack-n-play, so he flipped her over and noticed her lips were purple in color. He also advised that the mother typically does not check on the baby when she arrives home early in the morning because the baby is a light sleeper.

He then went and woke up the mother and started CPR. He said he eventually stopped because the mother thought he was hurting the child.

Officials later spoke with the neighbor, who advised that Gonzalez appeared to be intoxicated that night due to his slurring of words and stumbling while he was there playing video games. He said that he heard the baby in the apartment but did not see her because her crib was covered by a blanket in the corner. He said he heard the baby crying at one point because a kitten had jumped into her crib and offered to take the animal out, but Gonzalez told him he would take care of it.

Upon observing the body in the ambulance, officers said the baby had multiple bruises in what appeared to be various stages of healing, including on her hairline, forehead, left and right eye, left temple, right abdominal area, left arm, lower left pelvic area and abrasions to the left side of her back. Police said what appeared to be feces was also found on her legs and feet. Police said feces was found smudged on her diaper as well, and she did not have clothing on other than a blanket.

While investigating, police noticed the next-door neighbor had a Ring camera. Upon viewing footage, police said the mother returned home around 6:09 a.m. Police said Gonzalez could also be seen talking to another woman around 4:45 a.m. and later walking back toward their apartment.

Police later contacted this woman and spoke with her on July 31. She said Gonzalez's behavior appeared to be normal that night and that he did seem to be impaired on any type of substance. She also said his apartment did not smell of marijuana. She advised that when she went inside, it was dark and she did not hear or observe any other people or children inside.

The woman said Gonzalez contacted her through an online Austin escort service. Upon entering the apartment, she reported they went straight to the bedroom and engaged in sexual intercourse. When they were finished, she said he walked her to the front door and locked the door when she left.

An autopsy was completed on July 20. The following injuries were noted:

The Travis County Center for Child Protection completed a forensic interview with the 4-year-old on July 29. The child said she saw Gonzalez throw the baby against the wall. She also told investigators her mother does not hurt her or her sister.

On July 30, police said a recorded conversation took place between Gonzalez and the mother, in which he said he does not remember what took place because he was "barred" out and that he consumed half of a Xanax bar. He said he "blacked out" around 11 p.m. after his friends left the apartment.

He is charged with injury to a child causing serious bodily injury, a first-degree felony. The charge carries a maximum penalty of life in prison.

The case was investigated by the Cedar Park Criminal Investigations Division Special Victim's Unit and prosecutors with the Travis County District Attorney's Office.

If you know of a child that is being abused or neglected, you can dial 911 for immediate danger or the National Child Abuse Hotline at 1-800-422-4453.

RELATED: Texas child abuse reports are down amid stay-at-home orders, but the threat is still there

Server gets $2,000 tip, but restaurant says it can't process a tip that big