Drug bust ends with car crashing into home in Bishop

The three people arrested are facing a number of felony charges, including child endangerment and evading arrest. 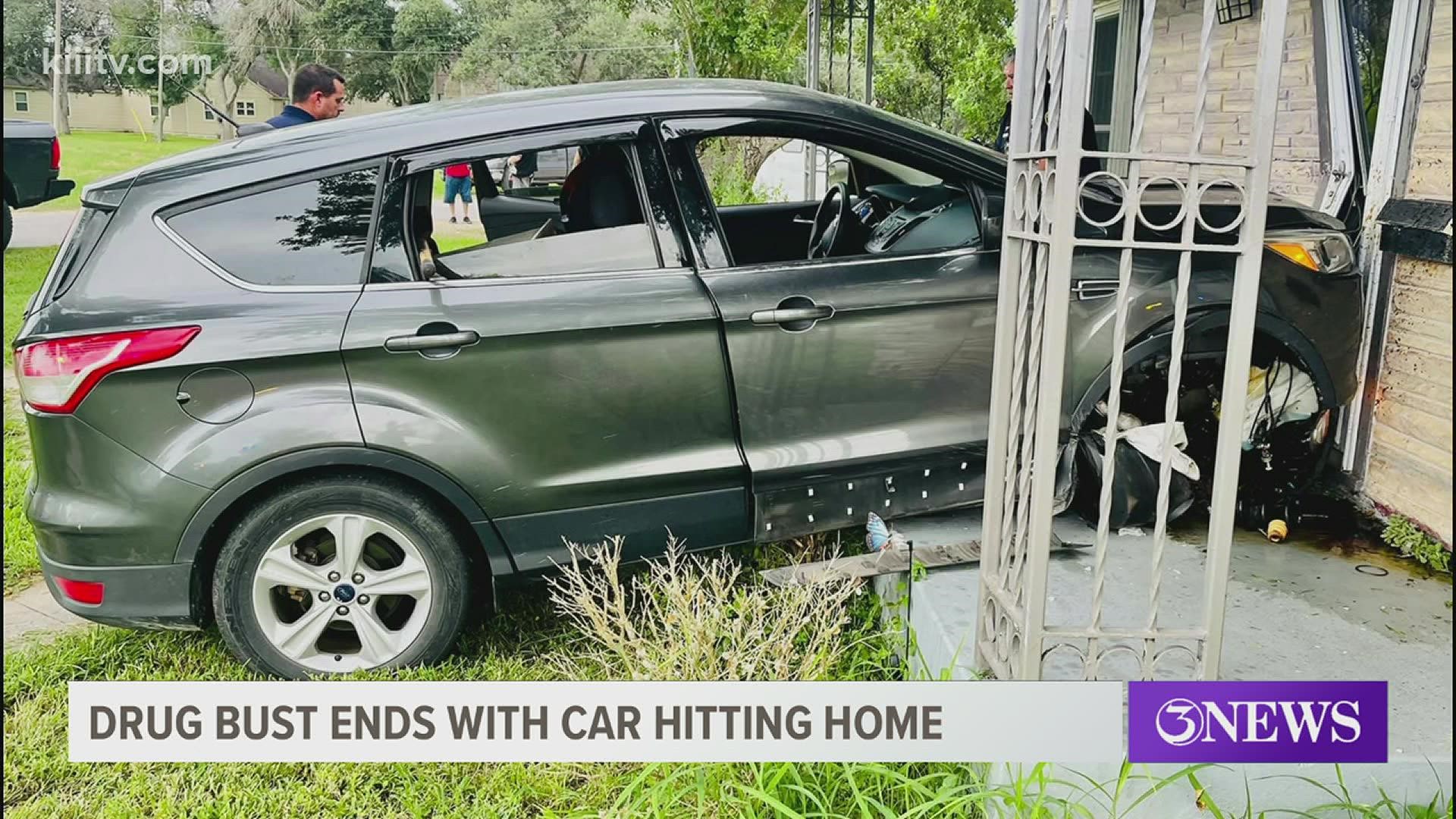 BISHOP, Texas — In Bishop, a drug bust in ended with a car crashing into a house. Police were called out to a Stripes store after someone reported seeing drug activity outside.

When officers tried to stop a vehicle that was leaving, the driver sped away.

After a short chase, the driver lost control and crashed into a house on East 4th Street.

There were three people inside the vehicle, along with an 11-month-old baby.

Thankfully, no one was hurt.

The three people arrested are facing a number of felony charges, including child endangerment and evading arrest.