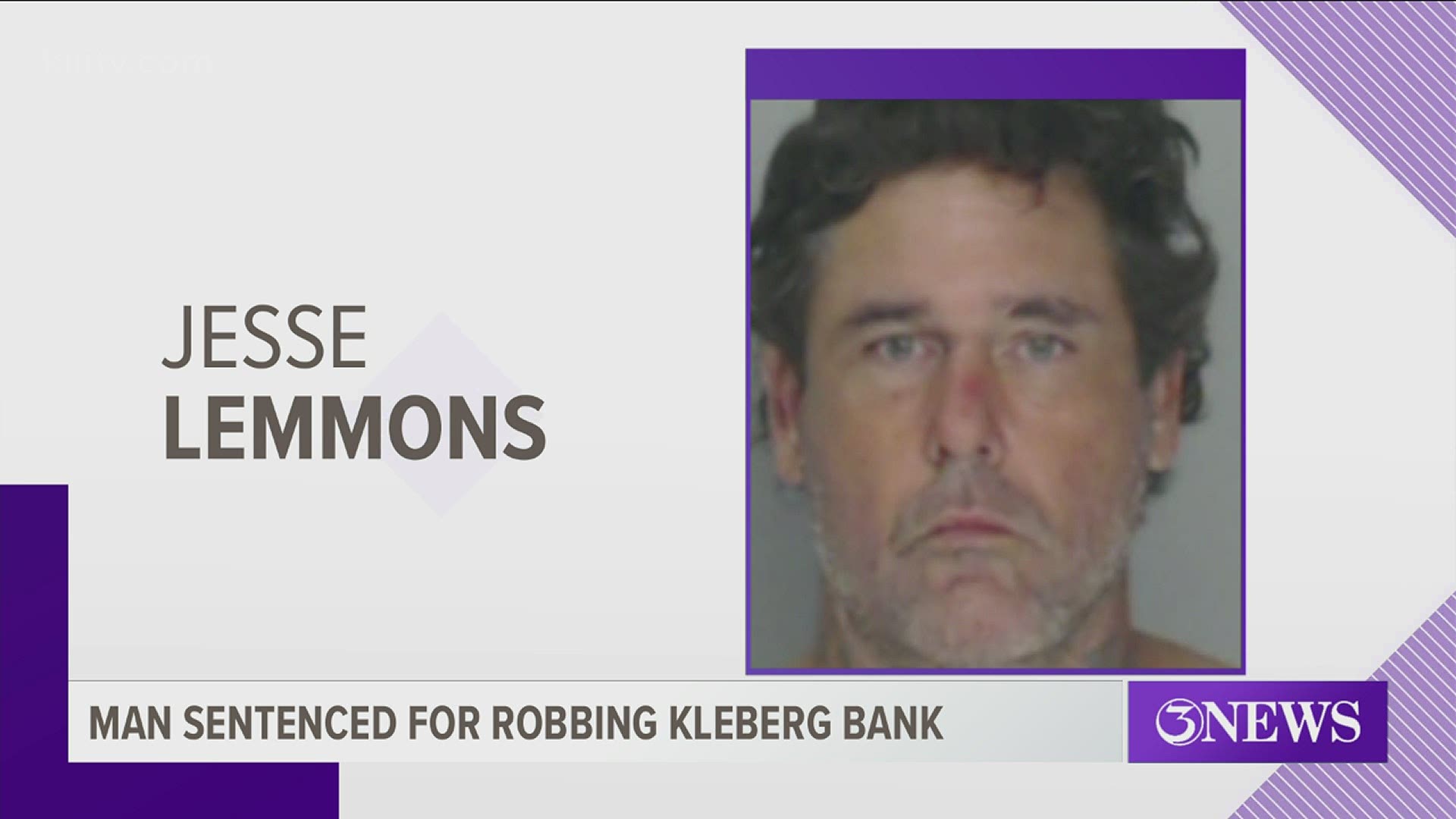 CORPUS CHRISTI, Texas — A 44-year old Corpus Christi man has been ordered to federal prison for robbing the Kleberg Bank in Corpus Christi and brandishing a firearm during the robbery.

According to the United States Department of Justice, on January 10, 2020 Jesse Lemmons entered the Kleberg Bank in Corpus Christi, proceeded to the teller station, and demanded cash while holding bank employees at gunpoint.

The Department of Justice says Lemmons “yelled repeatedly at bank employees to hurry and threatened to shoot several of them during the robbery.”

Authorities arrested Lemmons after he attempted to flee the scene with the money.

On Thursday, February 25, U.S. District Judge Drew B. Tipton sentenced Lemmons to 31 months in prison for the bank robbery, seven years for the firearms charge followed by five years of supervised release.

Lemmons will remain in custody pending transfer to a U.S. Bureau of Prisons facility.