“The indictments today...are important developments, but they should be only the beginning of the pursuit of justice," they said in the statement. 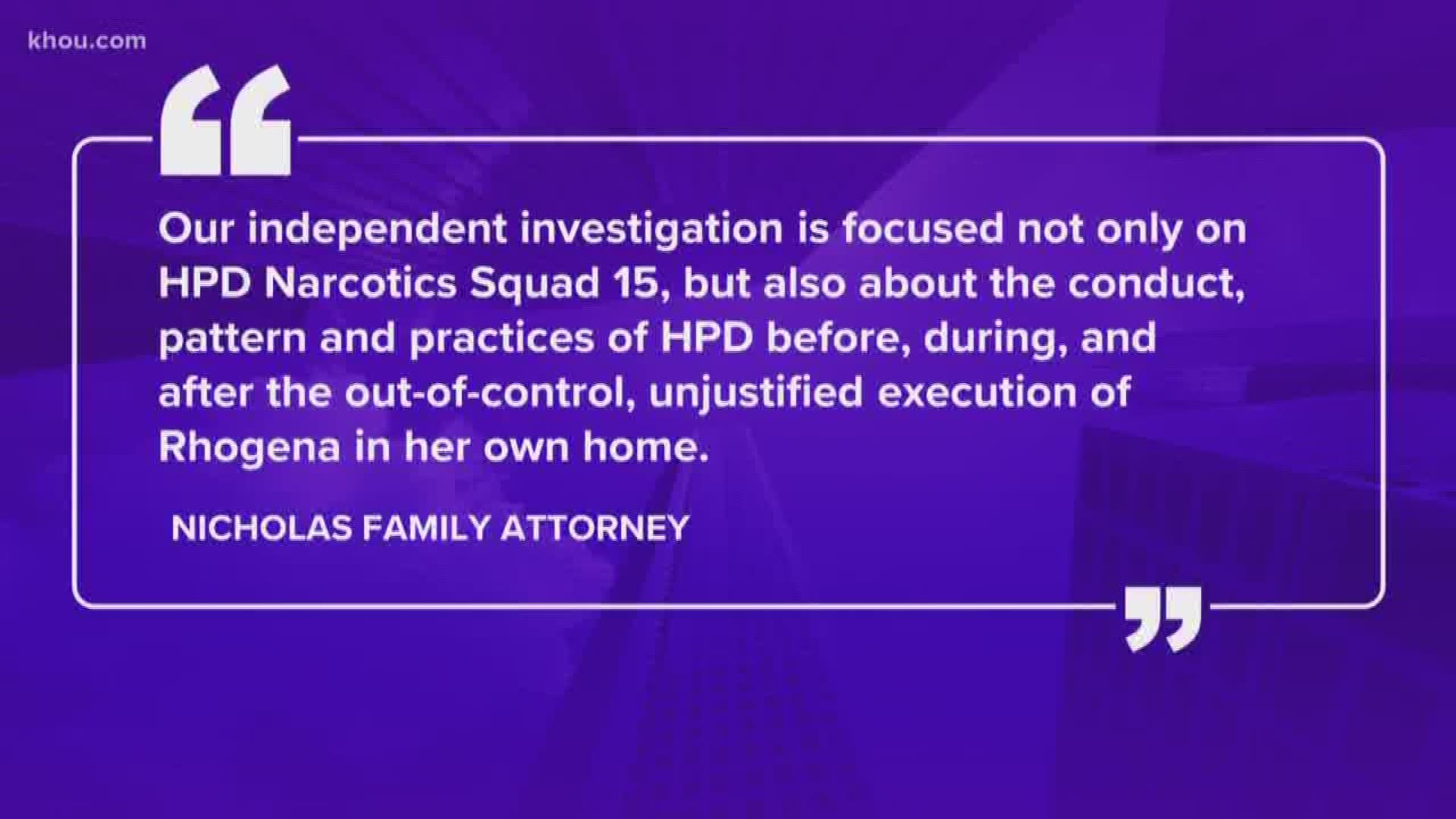 HOUSTON — The family of the woman killed in the controversial no-knock raid on Harding Street released a statement Friday after a former Houston Police officer was charged with felony murder.

Gerald Goines has been charged with two counts of felony murder following the shooting deaths of Dennis Tuttle and Rhogena Nicholas in the Jan. 28 raid. Goines and four other officers were injured in the shootout.

Former Officer Steven Bryant, who was involved with the Harding Street warrant, is charged with second-degree tampering with a government document.

Through their attorney, Nicholas’ family issued the following statement:

“The indictments today of former HPD Gerald Goines and Steven Bryant are important developments, but they should be only the beginning of the pursuit of justice in the police killings of Rhogena Nicholas and Dennis Tuttle.

“The Nicholas family’s search for the truth of what happened to Rhogena also continues. Our independent investigation is focused not only on HPD Narcotics Squad 15, but also about the conduct, pattern and practices of HPD before, during, and after the out-of-control, unjustified execution of Rhogena in her own home.

“We still seek a court order for sworn depositions of HPD Captain Paul Q. Follis and HPD Lieutenant Marsha Todd, and HPD police department personnel involved in the management of HPD Narcotics Squad 15. We believe the court has sufficient basis to order the depositions requested to investigate possible wrongful death, civil rights, and other legal claims.

“Finally, the Nicholas family is grateful for the work of the Harris County District Attorney’s Office as well as all city, state and federal law enforcement personnel committed to a complete investigation of this terrible incident. They remain hopeful that the justice system will succeed in helping prevent other families from ordeals like theirs.”

RELATED: Attorneys dispute police account, say woman was shot from outside her home

The District Attorney's Office is reviewing more than 2,000 cases involving Goines and dozens of charges were dismissed.

They are also reviewing 800 cases involving Bryant, the other HPD officer involved with the warrant.