Police are asking the public to keep an eye out for "a person of interest" who may be driving a silver Toyota Camry with license plate LWH-3931. 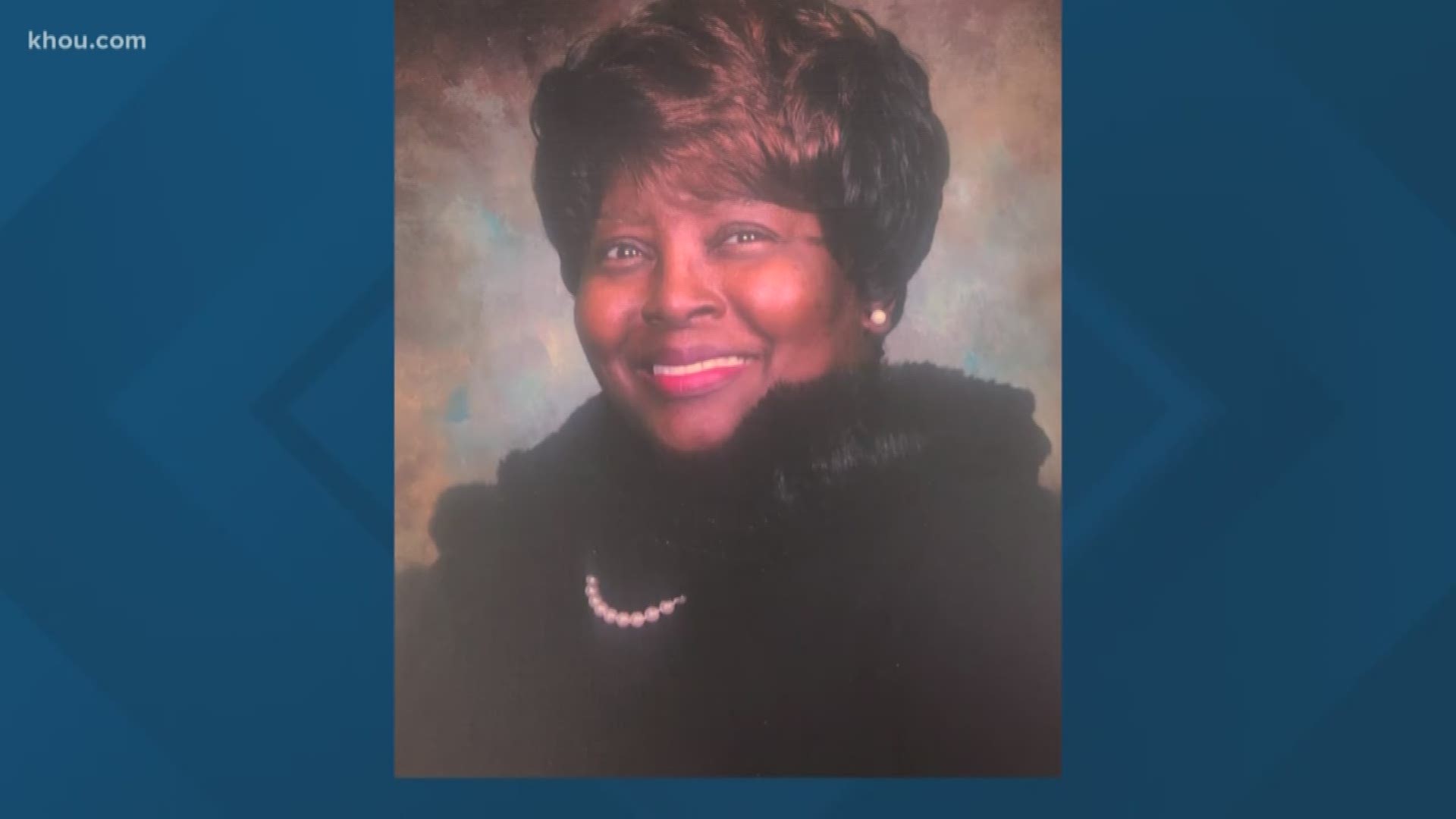 HOUSTON — Mercury Liggins was a disabled veteran who lived a quiet life in the northeast Houston home she shared with her fiancé, neighbors say.

He said Liggins picked up her 30-year-old son from a group home so they could all spend the holidays together. The family celebrated her 63rd birthday a few days before Christmas.

But on December 30, the home on Peyton Street became a bloody crime scene when Liggins and her cousin were repeatedly stabbed to death.

Theotis Carter, Liggins’ fiancé, told police everything was fine when he left for work Sunday evening around 7:30 p.m.

Stunned family members collapsed with grief outside the home Monday.

"With the heaviest heart ever I lost my mom and my cousin yesterday. So many emotions of anger and extreme sadness. It’s seem so unreal to me ...," the victim's daughter posted on Facebook. "I can’t stop the tears and i don’t know how to heal but I’ll just do what she taught me and pray! I love u mommy and cousin forever live through me."

On Tuesday, police said they were searching for a person of interest.

"Further investigation determined a male relative may have been with the women at the time of the stabbing," police stated. "The person of interest has not been located at this time and is believed to be driving a silver 2017 Toyota Camry with Texas license plates LWH-3931."

Police say there was no sign of forced entry to the home and they don’t know the motive.

The crime has neighbors on edge.

"I’m gonna have my gun. A lot of elderly people live in this neighborhood and we look out for each other," Jessie Parks said. "I’ve been living here since 1975 and I’ve never seen anything like this."

Liggins served in the U.S. Army, according to Carter.

"She was a giving person. Always helping others."

The name of the second victim has not been released.