James Reed’s family addressed the press after a former Killeen police officer involved in serving his warrant was arrested for tampering with evidence. 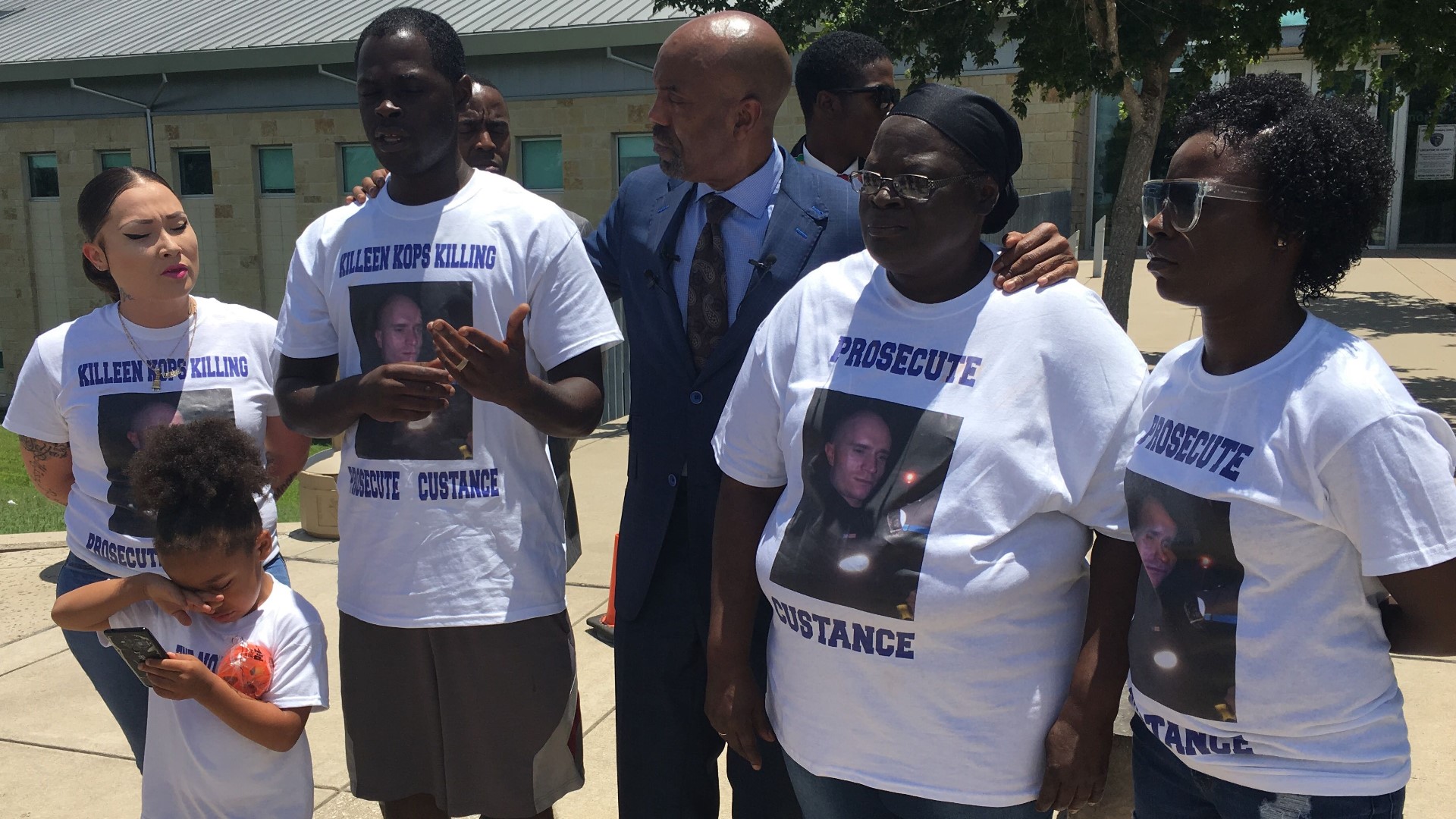 KILLEEN, Texas — The family of a man killed by police who were serving a no-knock warrant in Killen spoke Friday.

James Reed’s family’s decision to address the press comes after a former Killeen police officer involved in serving the warrant was arrested for tampering with evidence.

The Reed family called for change and a thorough investigation into the death of James Reed. Some of those changes would include more training for officers. The family's lawyer was with them during the press conference, and they said a civil suit against the Killeen Police Department may be coming in the near future.

"The officers who fired into the house should all be terminated immediately," lawyer Daryl K. Washington said.

The family said not much information about the investigation has been released to them. They said they want the names of the officers involved in serving the warrant to be released so their history can be made public just as James Reed's has.

Washington called for the abolishment of no-knock warrants.

“If nothing is done about no-knock warrants, people are going to continue to lose their lives,” Washington said.

He is also calling for legislation to make it “extra tough” for officers to fire guns.

“You can’t just fire your gun at someone and get away with it,” Washington said.

The family maintains that James Reed did not have a gun in his possession or in the home the night of the shooting and Reed did not deserve to be killed.

In the early morning hours of Feb. 27, a no-knock warrant, which allows officers to enter a home with notifying residents, knocking, or ringing a doorbell, was served at a home in the 200 block of West Hallmark Ave.

Police said Reed was a known drug dealer who was "always armed" and had a criminal history of terroristic threats, robbery and selling drugs. On the day of the shooting, Killeen Police Chief Charles Kimble said the warrant was served so early because investigators felt the need to take whatever tactical advantage necessary because of possible danger an armed man would pose on society.

During Texas Rangers’ investigation into the shooting, they found Officer Anthony Custance, who has since resigned, fired into the back of the home. Although Custance’s shot didn’t kill or injure Reed, it didn’t follow the Killeen Police Department's plan for serving the warrant.

Investigators also found that Custance tried to hide a rifle magazine with missing rounds, according to an affidavit.

Custance showed Texas Rangers a 30-capacity rifle magazine loaded with 28 rounds "with knowledge of its falsity and with intent to affect the course or outcome of the investigation," the affidavit said.

James Reed's brother, Larry Reed, said the family's trust in the police department has been destroyed.

"It ain't no trust, it never been no trust, because the system been crooked and corrupt since the beginning," Larry Reed said.

The family said they believe those improper shots into the back of the house made officers in the front of the house think James Reed was shooting, which they think caused those officers to open fire on the home.

During Friday's press conference, the family called for more charges for the involved officers.

Reed's family said they always knew something was off about the case. They said the result of the investigation is just the first step toward seeking justice for Reed.

"We should not have the fear that if I call a police officer for help, one of us could end up dead," Washington said. "And this is why we make that plea to the good police officers: Help us make a change."

The family has started a petition to end no-knock warrants, and it already has more than 1,000 signatures.