The document details the investigation leading up to authorities securing a warrant for Adam Curtis Williams' arrest. 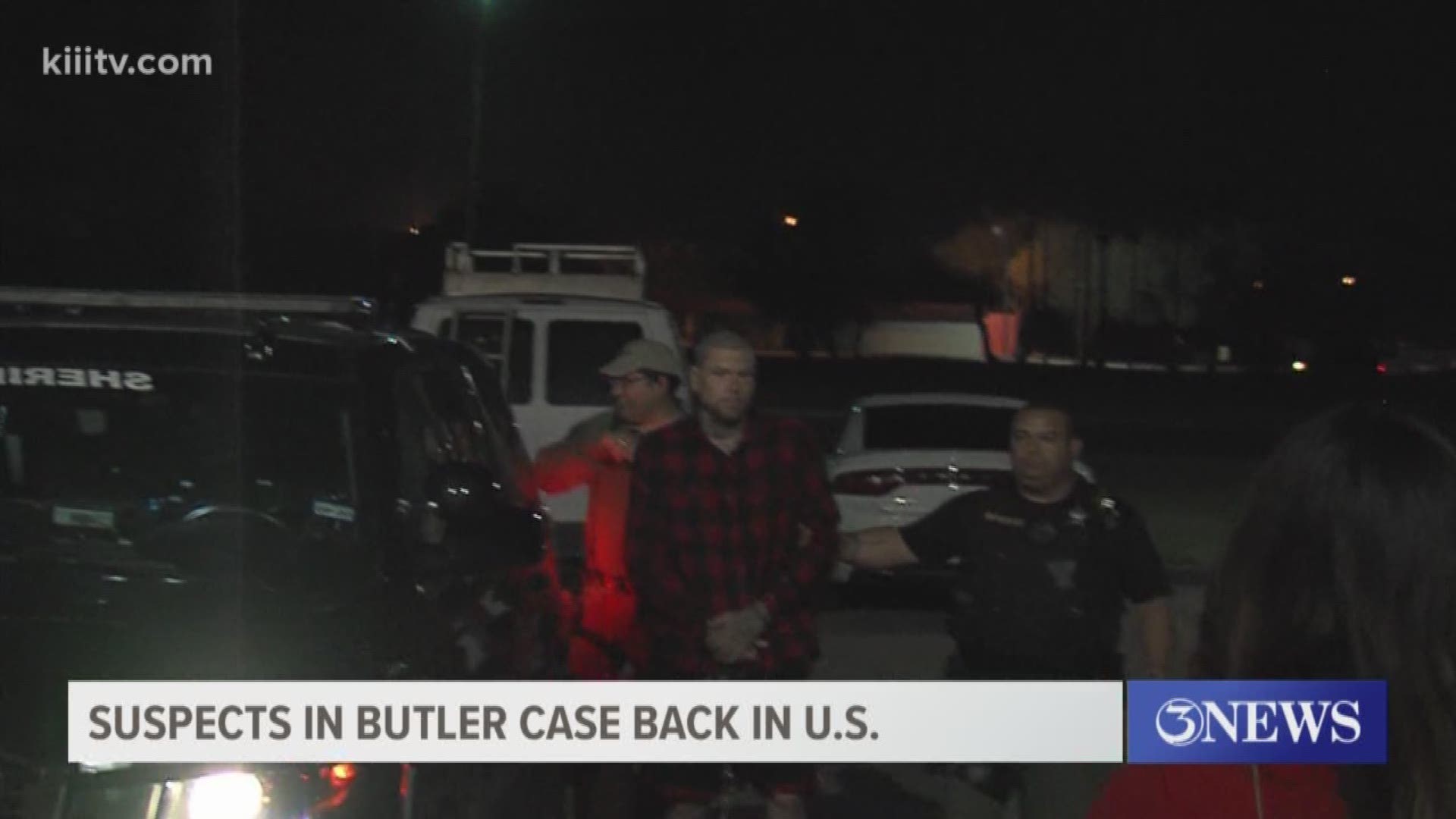 KLEBERG COUNTY, Texas — Authorities have released the arrest affidavit for Adam Curtis Williams, the man wanted for felony theft in connection with the deaths of James and Michelle Butler, a couple from New Hampshire whose bodies were found buried in a shallow grave on North Padre Island in Kleberg County, Texas.

The document details the investigation leading up to authorities securing a warrant for Williams' arrest.

Williams was captured by Mexican authorities and extradited to Kleberg County on Wednesday.

According to the affidavit, the Kleberg County Sheriff's Office was contacted on the afternoon of Oct. 23 about several social media posts about the missing New Hampshire couple. They had not been seen or heard from in over a week. They were last known to be camping near Beach Marker 262 on Padre Island, a couple miles south of Bob Hall Pier.

Investigators then learned that the Butlers had last been heard from by relatives at around 1 p.m. Oct. 16 via text message.

A Kleberg County deputy went to Padre Balli Park, where the couple was last seen, and learned that they had rented RV space at the park from Monday, Sept. 30, to Monday, Oct. 14. They learned that the Butlers were traveling in a 2018 silver truck and were pulling a white Cedar Creek RV.

A missing persons report was filed for the butlers that same day, Oct. 23.

Authorities continued to investigate and determined that the Butlers had checked out of the RV camp spot around noon on Oct. 15.

On Monday, Oct. 28, Texas Rangers received photographs from the Eagle Pass Police Department that were taken at around 10:58 p.m. Monday, Oct. 21. The photographs were of a truck and RV matching the description of the Butlers' vehicles. They were being driven by a white male, later identified as Adam Curtis Williams. A female passenger, later identified as Amanda Noverr, could be seen in the post.

Eagle Pass authorities confirmed that the vehicle was heading to Piedras Negras, Mexico, via the Eagle Pass toll bridge.

On Monday, Oct. 28, two bodies were discovered at the beach where the Butlers were believed to have been camping. On Nov. 1, they were positively identified as James and Michelle Butler.

On Monday, Nov. 4, investigators observed body camera footage of a traffic stop on Malequite Beach in which a Park Ranger stopped a vehicle belonging to Adam Curtis Williams. He was issued a citation for not wearing a seat belt.

After the two individuals in the photograph taken by the Eagle Pass Police Department were identified, the Kleberg County Sheriff's Office contacted wrecker services in hopes of finding Williams' truck. It was learned that his truck had been found abandoned in the parking lot of Weber Bingo. The wrecker service said they had received calls about it from Weber Bingo on Thursday, Friday, and Saturday, Oct. 17-19. The truck was towed away on Saturday, Oct. 19.

Authorities also learned that a Padre Island Camping Registration form had been filled out by a Tori Williams with a Utah driver's license, listing a silver truck and tan trailer as their vehicles.

A warrant was issued for Williams' arrest on Monday, Nov. 4 for felony theft. Williams was captured by authorities in Jalisco, Mexico, and extradited to Kleberg County on Wednesday evening. He is expected to make a court appearance at 8:30 a.m. Friday before Judge Jack Pulcher.