HCSO: Carjacking suspect was beating police dog before deputy shot and killed him

The deputy said his K9 caught up with the suspects, and one of them started hitting the dog with a pistol. The deputy opened fire, killing the suspect. 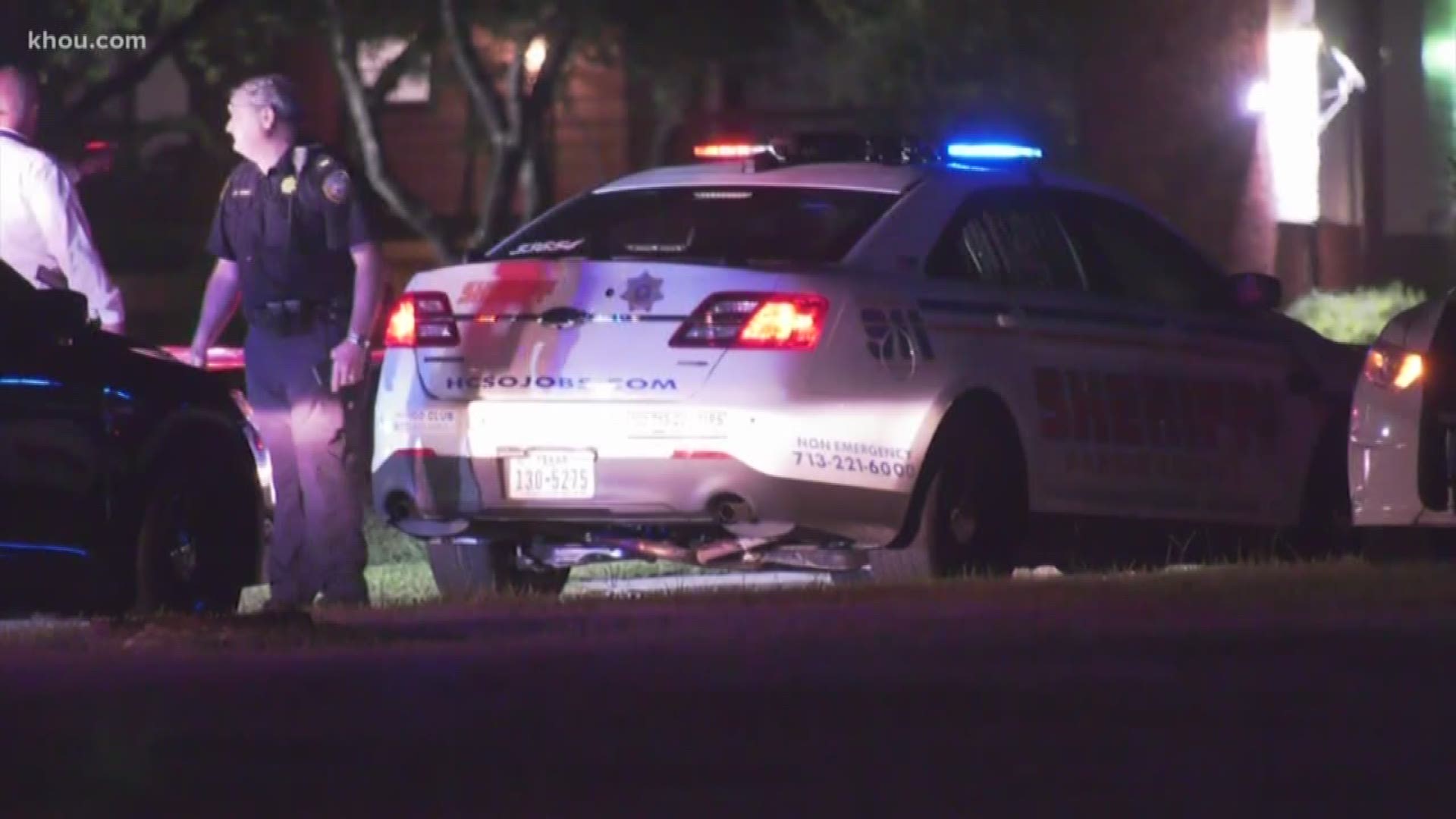 HARRIS COUNTY, Texas — A deputy shot and killed a suspect during a foot pursuit in the Channelview area overnight, according to the Harris County Sheriff’s Office.

Deputies responded to a carjacking and shots fired on South Pacific. The victim wasn’t shot, but his red PT Cruiser was stolen.

A K9 unit later spotted the stolen vehicle on Woodford Drive in the Channelview area.

hen the deputy approached, the suspects took off on foot. The deputy said his K9 caught up with the suspects, and one of them started hitting the dog with his pistol. The deputy opened fire, killing the suspect.

Another suspect, a juvenile, was captured after a search. Two other suspects got away, however. Detailed descriptions of those men were not immediately available.

The deputy and his dog were not hurt, nor was the person who was carjacked earlier in the evening.