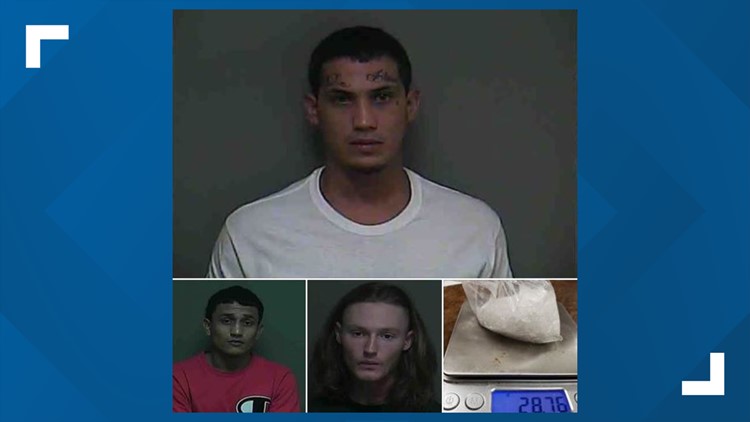 BEE COUNTY, Texas — Three men are in custody and one female remains at large after a high-speed pursuit in Bee County.

It began when a deputy attempted to pull over a Dodge SUV, but the vehicle sped off.

The chase ended when a State Trooper spiked the SUV's tires and they drove into a cornfield near Tynan.

Soliz previously had 8 felony charges and misdemeanor warrants from Bee County and also in possession of several counterfeit US Currency bills and approximately one ounce of Meth.

Espinoza had 5 felony and misdemeanor warrants from Bee and San Patricio Counties. He also received an additional charge of evading arrest with previous convictions, which is a felony.

Flores has now been charged with evading arrest.

According to deputies, the female passenger remains on the loose.