One man is in jail after police say he rammed his truck into another putting a family in danger. 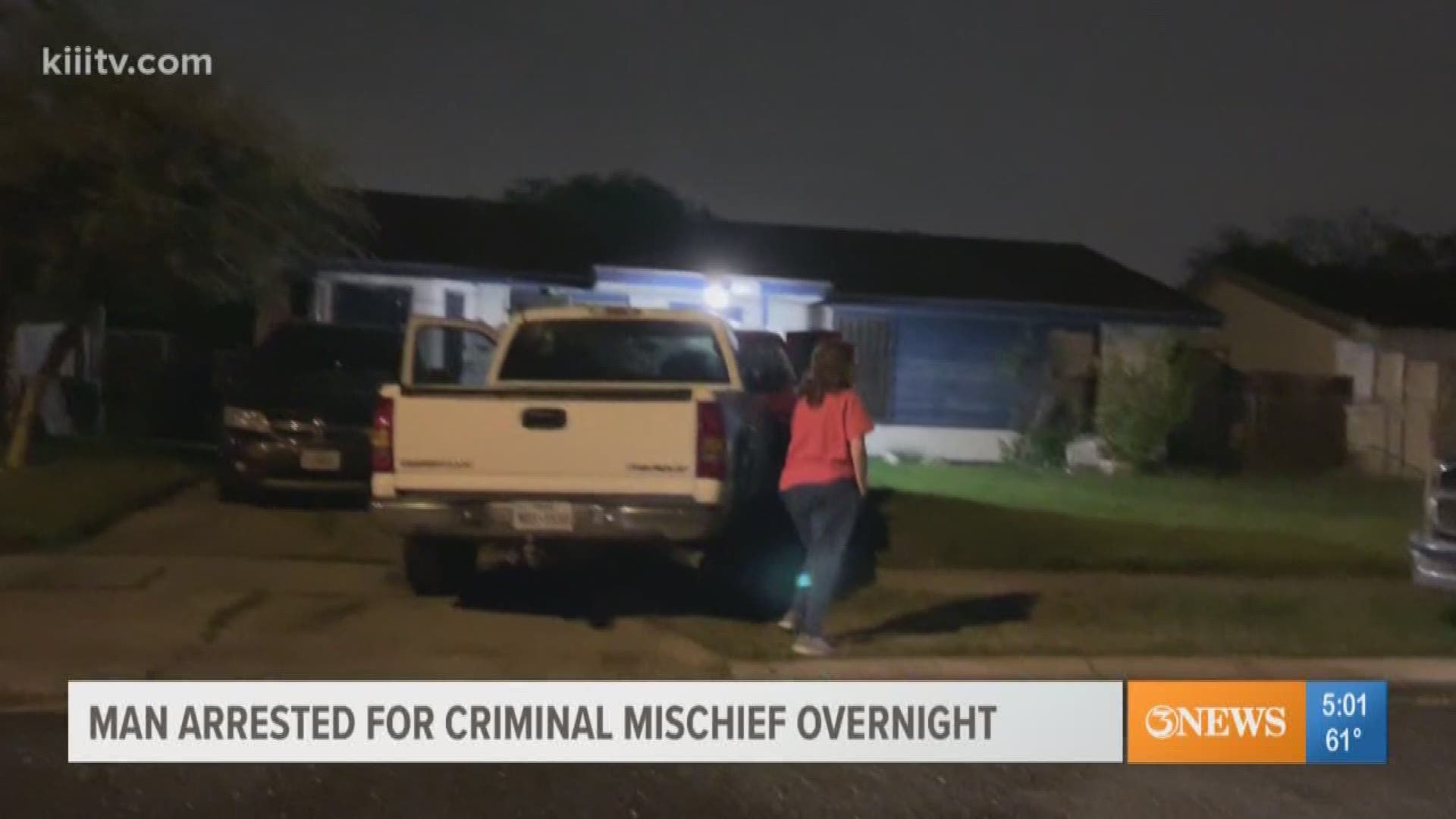 CORPUS CHRISTI, Texas — One man is in jail after police say he rammed his truck into another putting a family in danger.

Officers on the scene tell 3News just before 1:30 a.m. Thursday, the suspect began ramming his truck into a vehicle parked at a home on Barcelona causing some extensive damage to the house.

The homeowner came out and shot the suspects tire to prevent further damage to the house and danger to his family.

Police say the suspect may have thought the people living at the home were involved in an incident from earlier in the day.

Turns out the two parties didn't even know one another and the suspect may have been confused.

The homeowner held the suspect at gunpoint until police arrived. The suspect was arrested on a felony charge of criminal mischief. Police say the homeowner was well within his rights.