45-year-old Oscar Uribe and 20-year-old Alfredo Uribe Jr. were arrested and are facing several charges, including one for Murder. 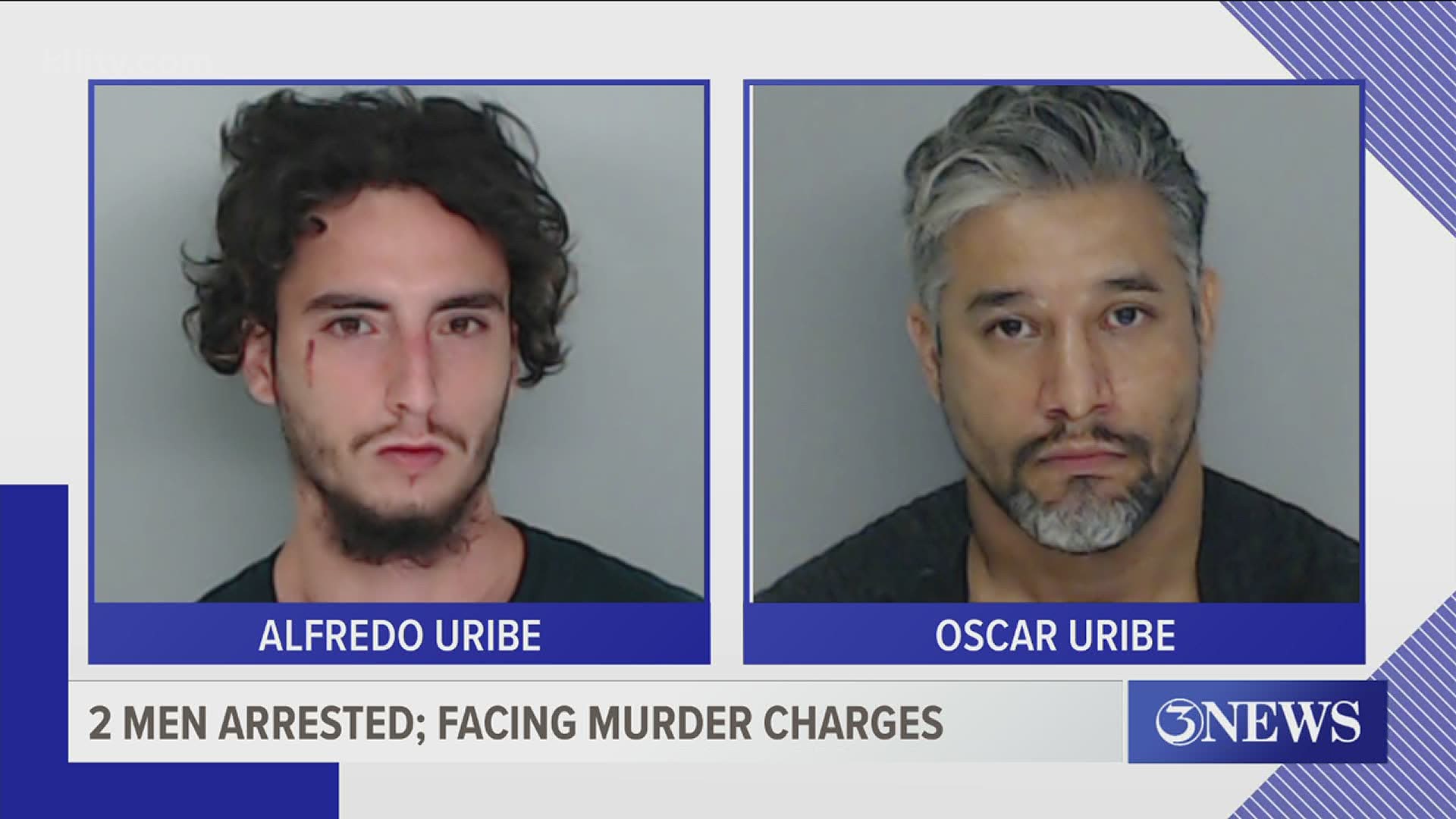 NUECES COUNTY, Texas — The family of Benjamin Austin Resendez have been searching for him since early July. According to an affidavit, investigators now believe that he was murdered on July 5 in Nueces County. Two men who are believed to have been involved in his death have also been arrested.

On July 10, the Nueces County Sheriff's Office was contacted by the mother of Benjamin Resendez. She advised that no one had seen or heard from her son since July 5. On July 9, Resendez's mother reported him missing to the Corpus Christi Police Department. CCPD then initiated a welfare check. After the Nueces County Sheriff's Office also spoke with Resendez's mother, they listed him as a missing person.

Resendez's mother advised the sheriff's office that the last person her son was seen with was Alfredo Uribe Jr. She said her son was picked up by Uribe at her apartment in Calallen on July 5 around 3 a.m. She said the two were going to Uribe's grandparent's ranch.

Investigators say they received a statement on July 10 that claimed Resendez was seen getting into a four-door grey/black Jeep SUV vehicle with Uribe in the passenger seat with an unknown person driving it.

According to the affidavit, during this search, Texas Rangers say they found what appeared to be burnt and charred human bone fragments on the ground around and inside of a 55 gallon metal barrel in the back yard. They also found a burnt metal hand saw blade that was inside the metal burn barrel.

On July 29, a search warrant assisted by Anthropologist Dr. Sharon Derrik found numerous burnt charred bones on the ground, as well as inside the metal burn barrel which she indicated appeared to be human bones.

According to the affidavit, investigators identified what appeared to be human flesh with bone attached to it was also found inside the metal burn barrel. Also discovered inside that barrel was a partially burned plastic Tyvex style suit and plastic chemical containers. Investigators said the inside of the metal burn barrel had a strong chemical odor.

On July 30, investigators were advised that a gun shot was heard in the early morning hours of July 5 (around 2:30 a.m.) coming from the area that Oscar Uribe Jr and another man (described in the affidavit to be a tall, thin male) were seen burning brush. Uribe stated that they were burning brush from the property for their grandfather.

Investigators now believe that Resendez was murdered in the early hours of July 5, and that his limbs were dismembered and burnt in an attempt to conceal his remains.

45-year-old Oscar Uribe and 20-year-old Alfredo Uribe Jr. were arrested and are now facing multiple charges, including one for Murder.