How big of an area will the sheriff deputies now be able to patrol? Between the two counties, it’s 696 mi.² That is 2/3rds the size of Rhode Island. 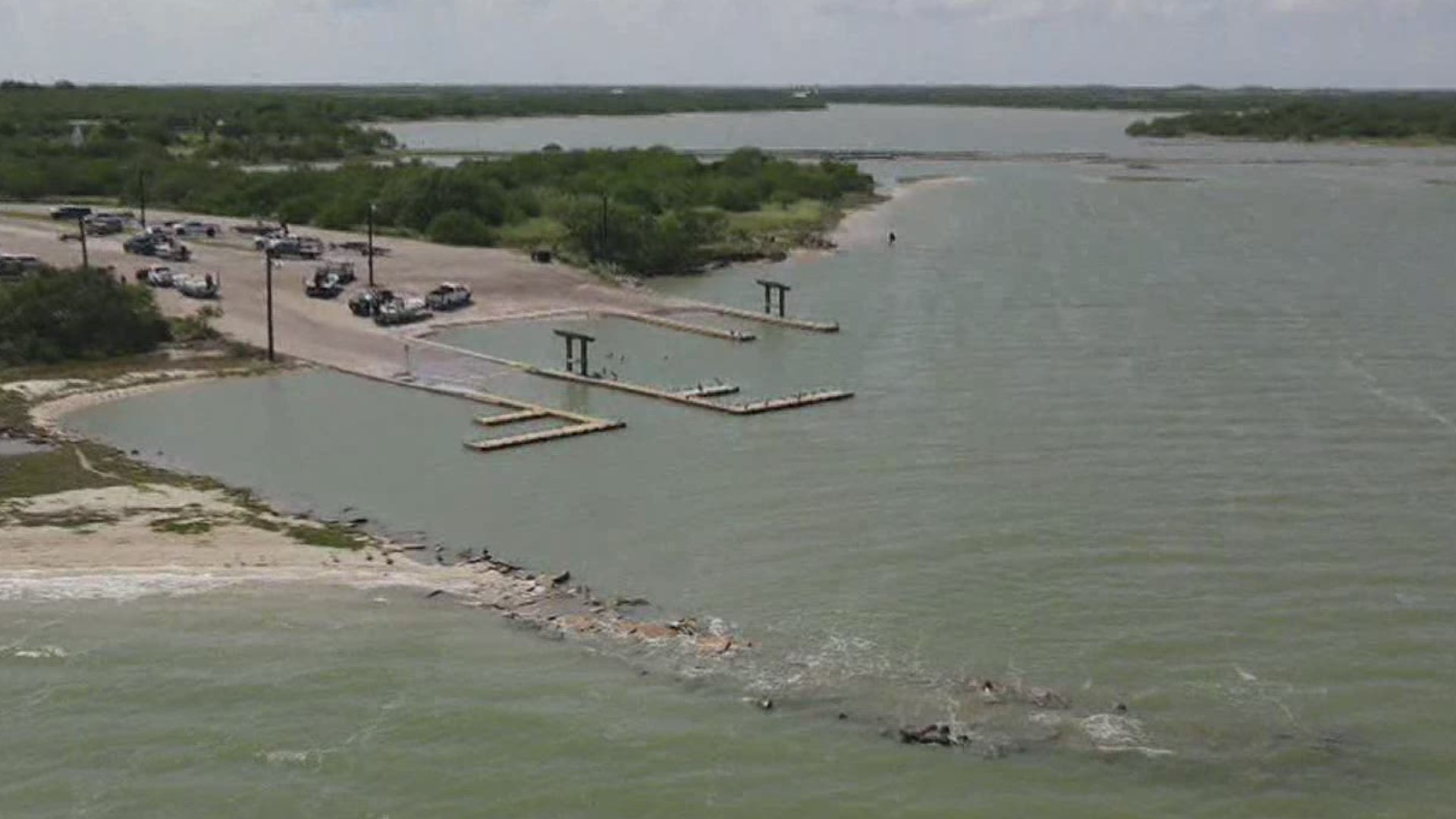 KLEBERG COUNTY, Texas — Kenedy and Kleberg Counties have come to an agreement that will allow their sheriff’s departments to able to patrol the other’s waterway. This arrangement of the two departments joining forces will better their chances of being able to fight crime and respond to emergencies.

Kleberg County Sheriff Richard Kirkpatrick and his counterpart from Kenedy County, Ray Salinas, are looking over their departments patrol boats. They're watercrafts that can be used to patrol each other’s waterways along the Gulf of Mexico.

"The significance of that is we are in a point in time where we really need to be able to rely on each other," Kirkpatrick said.

"Each of these counties being able to participate with each other is really one of the reasons why this is a good move for law enforcement and an absolutely great commitment in a partnership with us working together.”

Recently, officials from both counties signed off on the reciprocal agreement, which allows the two sheriffs departments to join forces on the water.

"We are really excited that we’re not out here alone anymore on the water so we got somebody backing us up," Salinas said. "It’s gonna be great. We’re going to do great things.”

How big of an area will the sheriff deputies now be able to patrol? Between the two counties, it’s 696 mi.² That is 2/3rds the size of Rhode Island.

"Over the course of the last few months, we’ve seen an uptick in cases that are occurring out on the water," Kirkpatrick said, "It’s really difficult because both of our agencies are small in nature that now we are able to be able to join forces and have them assist us and for us to be able to assist them.”

Both sheriffs agree that there are plenty of criminals trying to take advantage of their vast and largely unpatrolled waterways.

"Obviously, a lot of times the smugglers are going to go somewhere where there is less law enforcement," Kirkpatrick said. "There’s less patrol efforts. Those are some of the key problems we have experienced over the years that we at this point feel we can better address that at this time.”

Now that this agreement is in place, both of these 25 foot patrol boats will be out on the water as part of the effort to fight crime along this huge strip of the coastline.

RELATED: A ride along with the Kleberg County's new Patrol Boat