A man who had originally been released from jail after his arrest for a homicide on Grizzley Dr. is back behind bars. 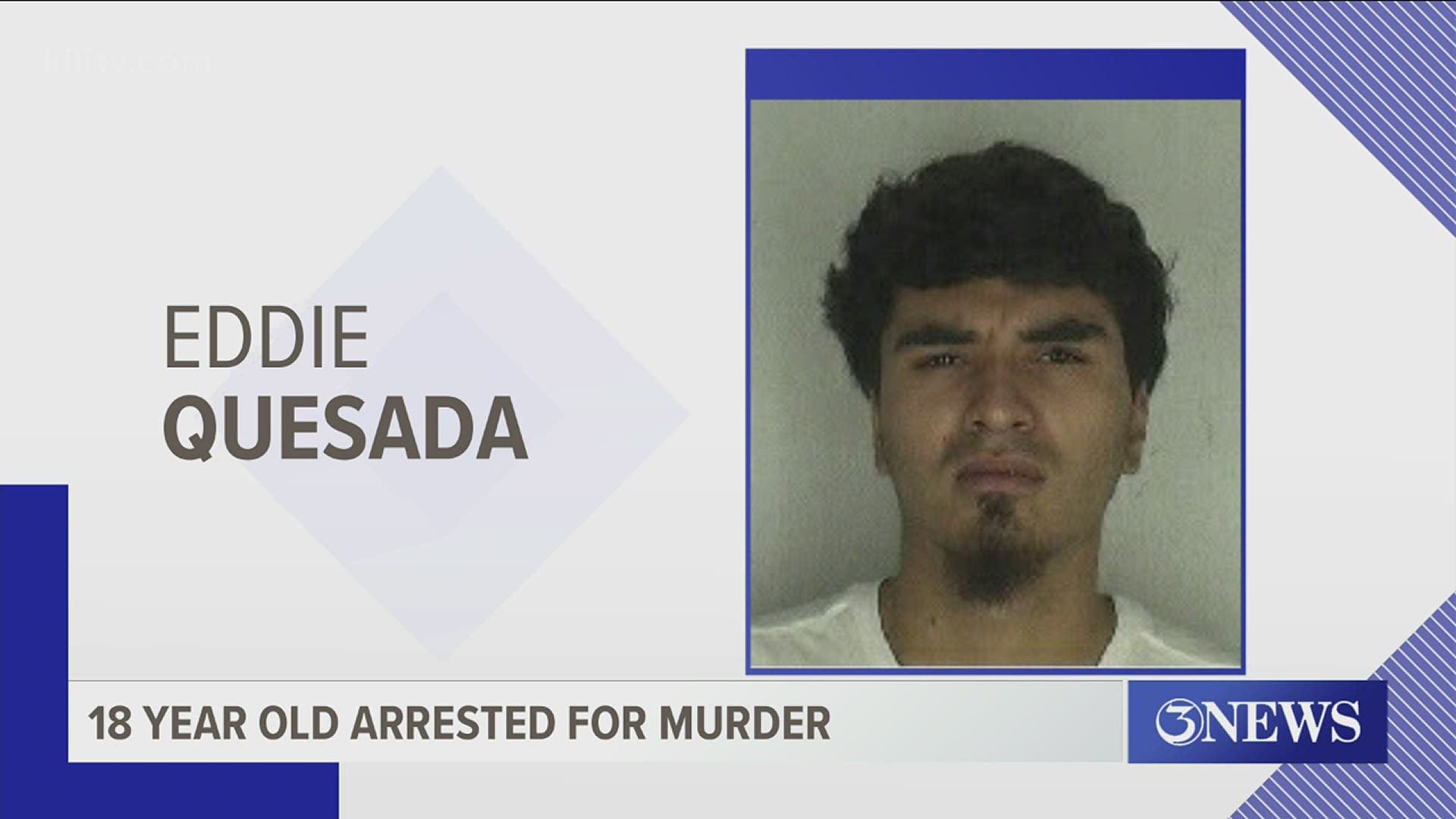 Corpus Christi police have arrested a man who allegedly killed 17-year-old Michael Joseph Quintero on Nov. 27, 2020. Quintero was fatally shot outside of a home on the 7900 block of Grizzley Drive.

Around 2:08 p.m. on Wednesday, a supervisor with the Corpus Christi Police Department's Gang Unit recognized 18-year-old Eddie Quesada, who has an outstanding warrant for the murder.

It was originally reported that Quesada was taken into custody and booked into the Nueces County Jail on a murder charge on December 9 with a bond set at one million dollars.

Quesada was released on January 20. According to a no charge document obtained by 3News -- the reason states "pending further investigation." It also states that the case may be re-filed at a later date.

On June 25, the grand jury reconvened and returned a True-Bill for Quesada related to the incident. Two warrants for murder and aggravated assault were issued on that day.

Quesada was arrested Wednesday after police were conducting a traffic stop that resulted in a high speed chase on the 5200 block of McArdle.

Police said the driver of the vehicle took off at a high rate of speed in an effort to evade officers and then caused a traffic accident with an unrelated vehicle.

Officers were able to take two males into custody. They were identified as Quesada and 18-year-old Roman Felan.

Quesada was arrested on the murder and aggravated assault warrant ($750,000 bond), unlawful carrying of a weapon, manufacture/delivery of controlled substance PG2 and possession of marijuana.

Felan was also arrested and charged with evading arrest and hindering apprehension.