Wanted man arrested by US Marshals in Corpus Christi

A wanted gang member listed as a 'Texas Top Ten Fugitive' was caught by US Marshal's in Corpus Christi. 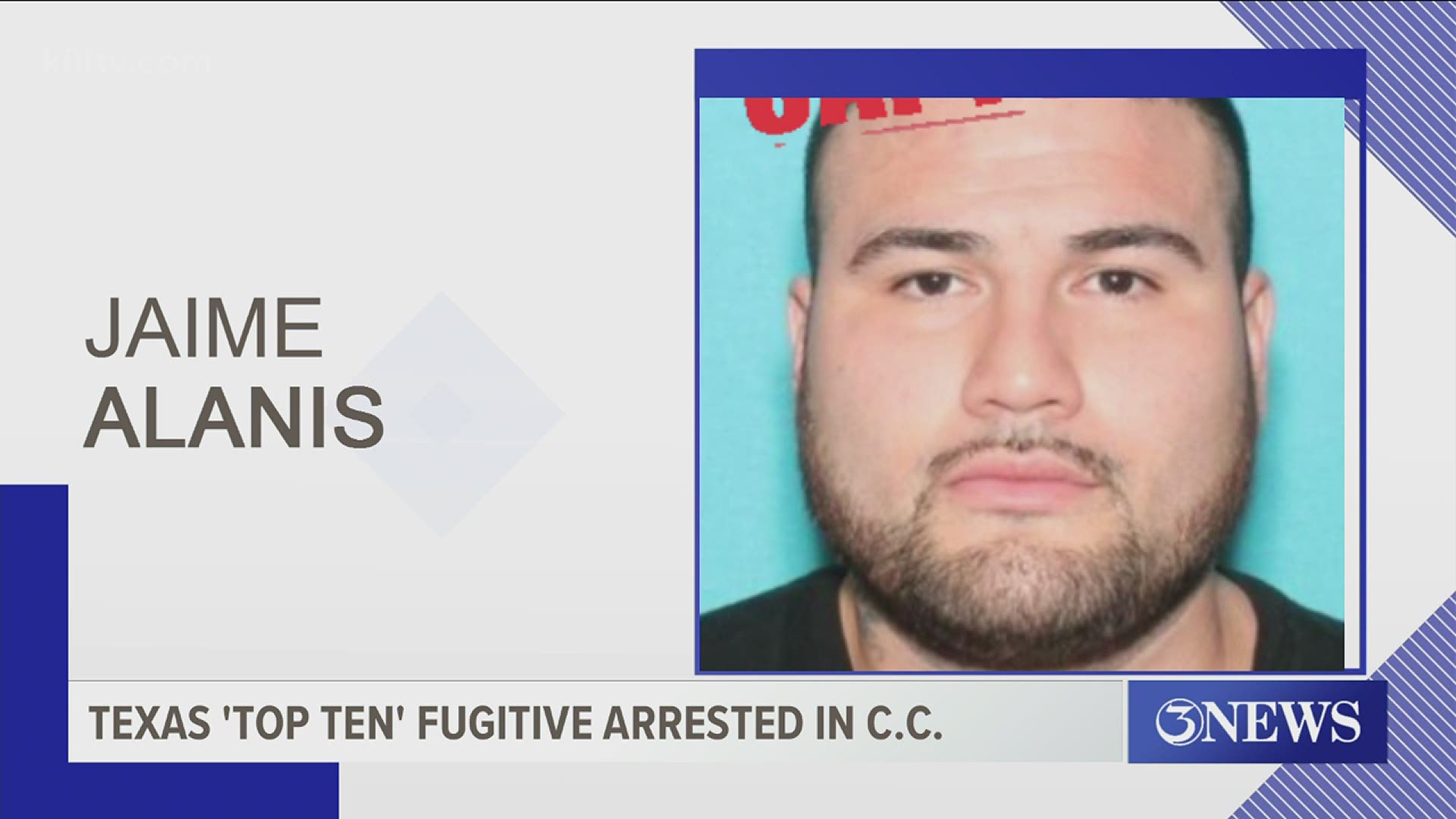 CORPUS CHRISTI, Texas — A wanted gang member listed as a 'Texas Top Ten Fugitive' is now behind bars after being caught by US Marshals in Corpus Christi.

37-year old Jaime Alanis was arrested at an apartment on McArdle near SPID on Tuesday.

According to officials with the US Marshals Gulf Coast Chapter, they had to break down the door to the apartment where they found him hiding inside.

Alanis has been on the run since last year. He's wanted out of Harris County for robbery charges and violating parole.

Alanis remains in the city detention center without bond and he'll be extradited to Harris County later this week.