Medical staff at Christus Spohn Hospital Alice led on a wild chase after a patient decided to run off in an ambulance, Alice Police Chief reports

Witnesses say after the crash, the man ran several blocks before being found by police, lying under a tree. 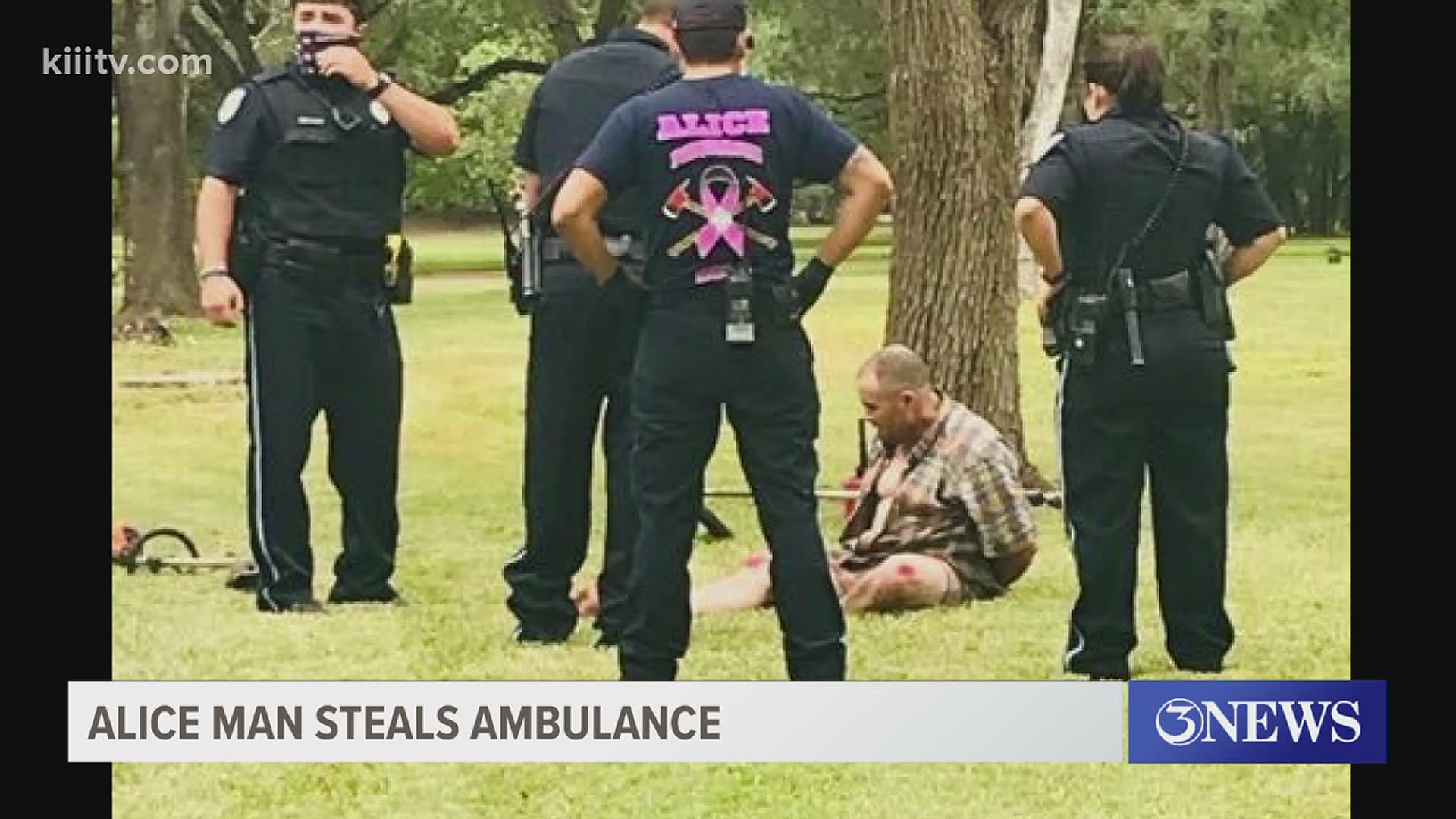 ALICE, Texas — Around 2 p.m., Interim Alice Police Chief Ron Davis said that a Jim Wells County Deputy found an unresponsive man lying in a ditch out in the County. Chief Davis said the Deputy then called for an ambulance for the man and he was taken to Spohn Hospital in Alice.

While the staff was trying to treat him, police say the man jumped up and took off running. A security guard chased him around the hospital's parking lot before the man got into a running ambulance.

Moments later, the man ended up driving the ambulance into a telephone pole near Medical Boulevard. Witnesses say after the crash, the man ran several blocks before being found by police lying under a tree. He was then taken back to the hospital. He is expected to be transferred to Corpus Christi.

Chief Davis said no charges have been filed at this time and that the case is under investigation.

Alice Fire Chief Patrick Thomas tells 3News that the City has another ambulance it keeps in reserve. He's hoping the wrecked ambulance can be repaired soon. Until then, the spare ambulance will be put into service.