Officers were dispatched to an apartment on Weber Road for a call about an unconscious child on May 10. 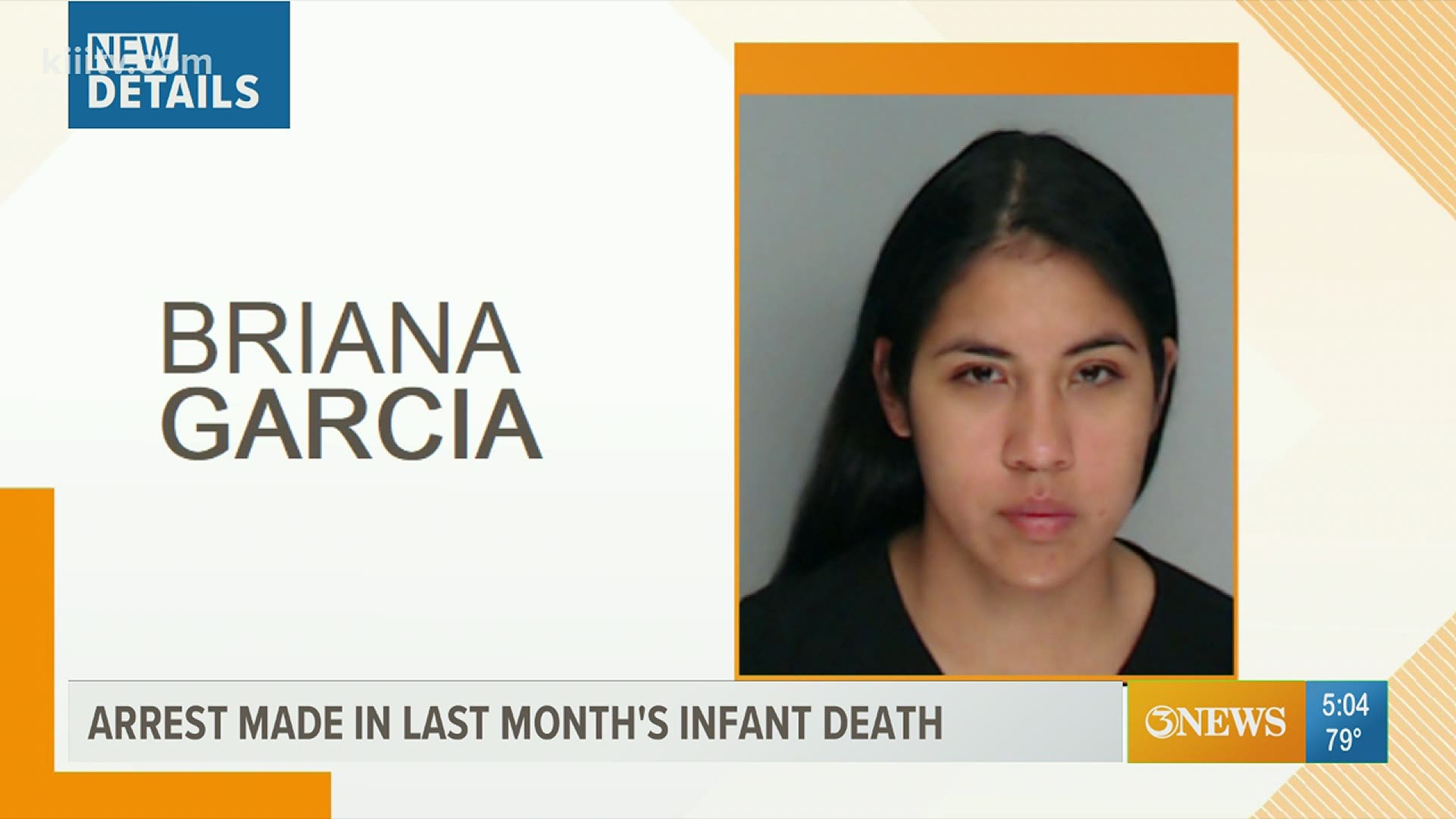 NUECES COUNTY, Texas — We have an update to a tragic story we brought to you back in May. The mother of the one-year-old girl who was found unresponsive and later died has been arrested.

23-year-old Briana Garcia was taken into custody Wednesday on a charge of injury to a child. Police say she was arrested near the 5400 block of South Padre Island Drive.

Officers were dispatched to an apartment on Weber Road for a call about an unconscious child on May 10. That's where they found the baby girl who was transported to a hospital where she later died.

At the start of the investigation, detectives with the Criminal Investigation Division Family Violence Section found enough cause to arrest Garcia's boyfriend, 31-year-old Mark Hernandez. He was arrested on the same charges.

RELATED: Community members gather for a vigil at Cole Park for the one-year-old baby girl who died this week after being found unresponsive